Here's the gist, my power armoured marines are going to be equipped with full-auto 8 gauge shotguns (in other words a quarter bigger then your average 12 guage shotgun). Now the marines are much more armored and heavily armed than their opponents but the marines are out numbered. Their enemies are colonists with basic knowledge of firearms and tactics. They have assault rifles and basic ceramic and Kevlar. The marines are very large as humans go and they are wearing power armor, so they will take up the entire corridor/lift. This makes it really hard to maneuver. The ship is pressurized but there is no gravity. With the these conditions and shotguns what is the best round: 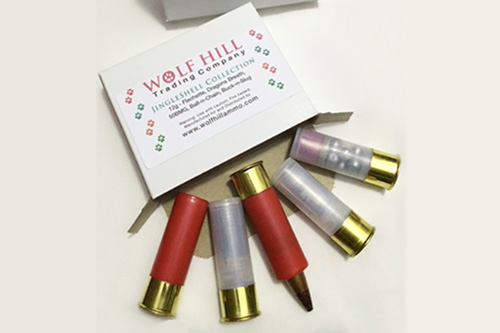 I don't think you need just a single round, so this is a bit of a frame shift.

Okay, I don't fight fair. Your marines are in full-encompassing NRB suits, and your colonists are just, well, armored - and lightly at that. Now, you can't be sure the enemy will behave consistently, OR they don't have surprises. One of the great things about the future is you can play around with stuff. So here it is:

Let's consider projectiles like a toolbox rather than a choice. Your shotguns should have a dial allowing them to select ammo. Then a small "sawed off shotgun" version should be used for really specific projectiles (more of a launcher than a gun, really) like if you have an "assassin" bullet meant to seek out a specific target.

Since you state that a marine will effectively take up an entire hallway during the boarding action, you're going to want to go with a round that can a) penetrate whatever armor (makeshift or otherwise) the colonists can muster and b) disperse over a short range without losing too much stopping power while c) not destroying the ship you're trying to take over.

Space ships tend to be cramped (maneuvering room is expensive!), so hallways will likely be short and curvy. You will want to pack ammo that can fill the space with deadly shrapnel, but not large enough chunks to compromise the integrity of the spacecraft you're boarding. Flechette rounds seem idea, given they utilize more than mass and power to inflict damage, while being small enough to not pose serious risk of damaging the structure. Incendiary rounds are about the worse form of ammo, followed by slug rounds. Those 2 types of munition will be as likely to kill everyone on board as to kill just who you want to kill.

It depends on the goal you have.

Any buckshot, birdshot, flachettes etc won't be very effective against modern armor. However it's hard to completely cover people in armor, and in space you want to be as light as possible so not carrying full armor on the arms and legs for example is likely. This means that your full-auto shotguns could easily hurt the colonists quickly and potentially disable them.

On the other hand the space ship is likely some important real-estate, that's why you are boarding it rather than shooting it out of the sky which can potentially be done by dropping a damn tire iron in it's path at different orbital speeds. So spraying the inside with tons of tiny balls might not be useful as you'll destroy much of the space-ship you are in. Worse, tiny balls can easily cause electrical fires inside these ships so you are probably looking at alternatives.

Current shotguns don't seem to have a lot of oomph behind it besides their size. Yet there are options like making miniature discarding sabot rounds to pierce armor if necessary. Alternatively there already exist things like exploding shotgun rounds, basically miniature grenades, to either kill or disable the enemy with just a few hits. Since this is the future these rounds could be miniature shaped charge rounds, liquifying a bit of metal and launching it through the armor to pierce it and hit whatever or whoever is behind it.

If you are more humane, you could look into less-lethal rounds. From spraying the cabins and corridors with rubber bullets in the hopes of disabling the Colonists to more specialist rounds like small gas canisters with dibilitating gas concentrations or perhaps electrical rounds to taze the target (and again, full armor is likely not carried by colonists due to weight constraints).

Since the combat is taking place inside confined, pressurized metal cans, any explosion does not have an outside to dissipate to. As long as the explosion isn't powerful enough to rupture the hull, the shockwaves will bounce around multiple times, making mush of the colonists. Their ceramic and kevlar armor will be completely useless against blast shockwaves. Your marines in sealed hard suits will be well protected though.

As witnessed in the london underground bombing, explosions in confined places are very, very dangerous. The primary damage comes from the shockwave, rupturing eardrums, lungs and gut. Secondary damage comes from flying shrapnel. A third source of damage is from hot gasses which won't readily dissipate in the enclosed space.

Tear gas would also be very effective under these conditions. 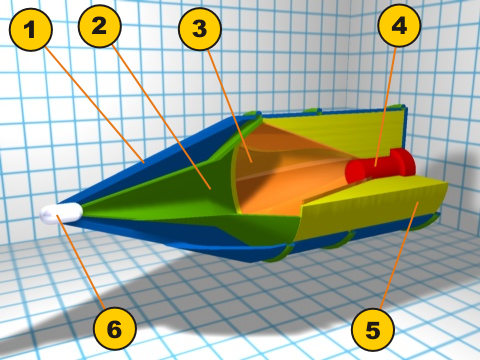 A typical device consists of a solid cylinder of explosive with a metal-lined conical hollow in one end and a central detonator, array of detonators, or detonation wave guide at the other end. Explosive energy is released directly away from (normal to) the surface of an explosive, so shaping the explosive will concentrate the explosive energy in the void. If the hollow is properly shaped (usually conically), the enormous pressure generated by the detonation of the explosive drives the liner in the hollow cavity inward to collapse upon its central axis. The resulting collision forms and projects a high-velocity jet of metal particles forward along the axis...

Your armored marines are basically tanks. In our world, shaped charges are used (among other things) to cut through the armor of tanks. The hole produced does not cripple the machinery of the tank, but produces a jet of superheated metal particles on the interior that kills the crew.

A tank round is only a little bit larger than your 8 gauge shell. Shaped charges like this would be for fighting other similarly armored marines.

It was deemed non viable because of costs. But if you are fielding Space Boarding operatives, you are well past making the costs trivial. 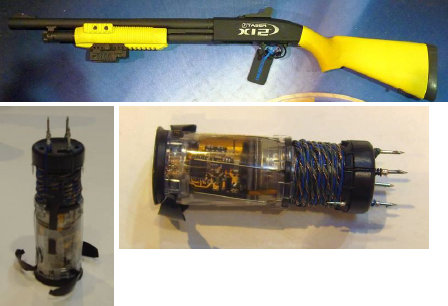 You can render people safe, avoid over penetration, which is a huge deal on a ship. It also has 100ft of efective range, more than enough on tight ship rooms. Bear in mind that if your own troops carry power armour, this could potentially disable it, but won't kill it.

Nice for reducing casualties among your own due to Friendly Fire.

Now if your opposition grabs one...it could lead to an interesting plot hook. Disable the invader, take their tech armour for your own side...

3
An assault rifle that can fire homing rounds?
6
Best skills to test in military training trials for space cadets
16
HESH rounds in infantry rifles vs robots: Is it viable?
30
Are nuclear-propelled shotgun slugs viable?
9
Destroying Hypervelocity Rounds With More Hypervelocity Rounds
2
Would this giant rotating shotgun weapon be effective?
7
Best Weapon For Diplomats
9
Defending against dinosaurs with an automatic shotgun that fires miniaturized anti-tank munitions
3
Monomolecular wire bolo rounds: how to make it work?