How to get blue sand

I want to have a blue furred species native to a desert in the world I'm building, so the obvious way to have that is to have the sand of that desert be blue so they are camouflaged. I could just say the sand is blue and be done with it, but I'd rather have an explanation for why the sand is blue.

So, what would be a way to have blue sand on an alien planet, probably a mostly desert planet?

I've got your blue sand on special today, available in the hundreds of thousands of hectares in sunny Namibia.

And we are not talking those feeble green-pretending-to-be-blue sands of Taiwan, or even the occasional dark blue flacks from Colorado. This is the Genuine Real Deal Blue Sand
(image is 15mmx15mm) 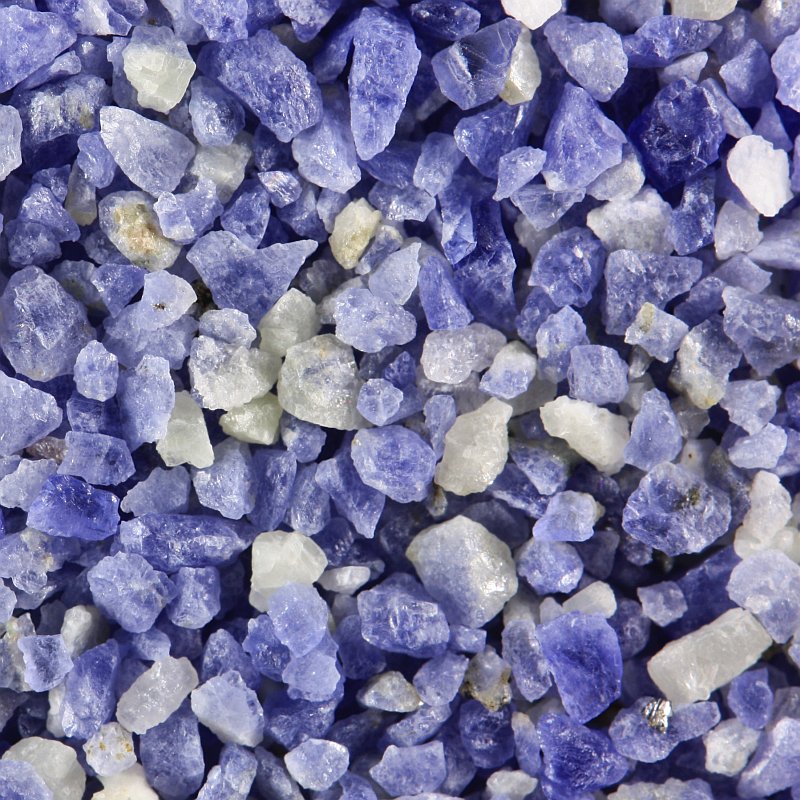 Here is the same sand, before it gets broken up into sand. 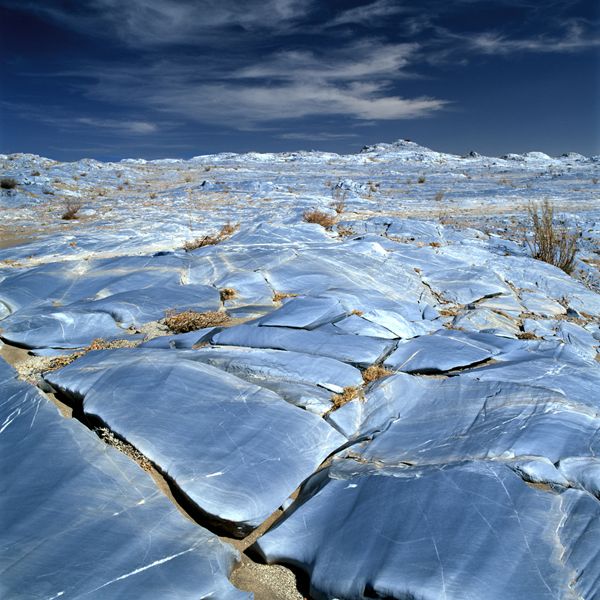 For certain minerals the size of the particle or the presence of defects affect its color, due to how the light interacts with the material.

For example titanium dioxide appears to be light blue.

If your sand is mostly TiO2 based rather than SiO2 based that can be an explanation. 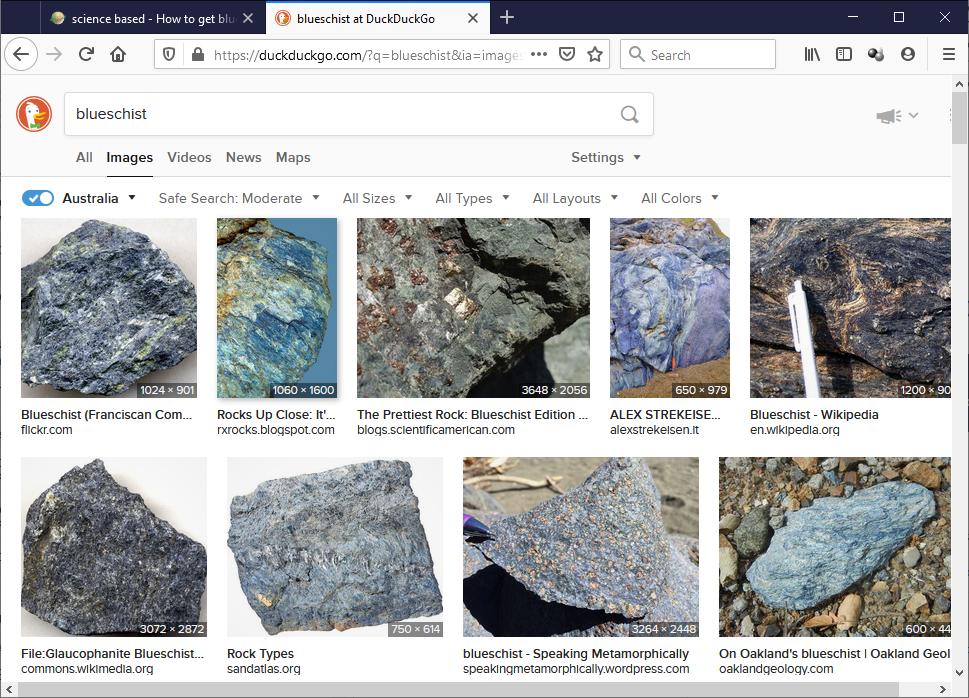 The blue colour is coming from a mineral called glaucophane: 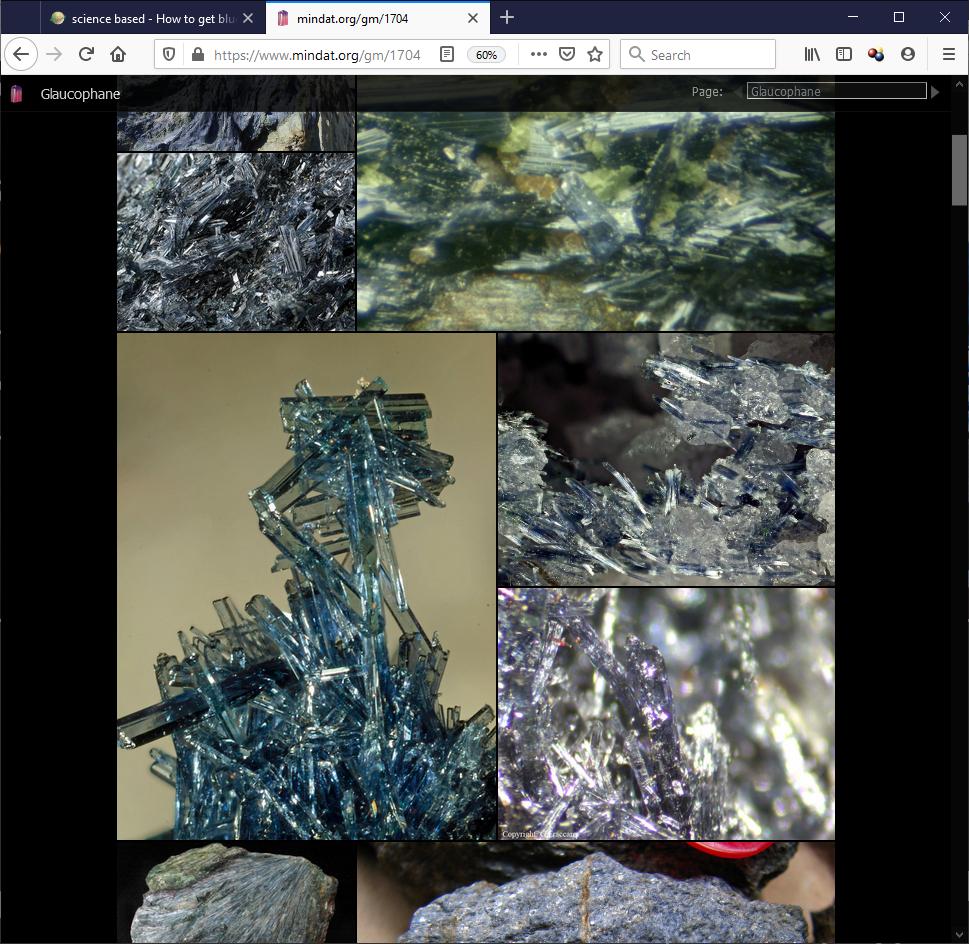 This is a rock type that is usually found in mountain belts, not far away from the coast. The problem is that the mineral itself (glaucophane) tends to break down very easily when it's exposed to the elements (beach waves, rivers, etc). But very close to the mountains, maybe immediately below a cliff or something, it is realistic to find blue sand derived from these rocks. The fact that you want it to be in a desert helps. But don't make it the only type of sand - yellow/white quartz sand is still going to be the most common. Just that in some places, you might find glaucophane sand that results from breakdown of nearby blueschists.

It does not need to be blue if it looks blue. 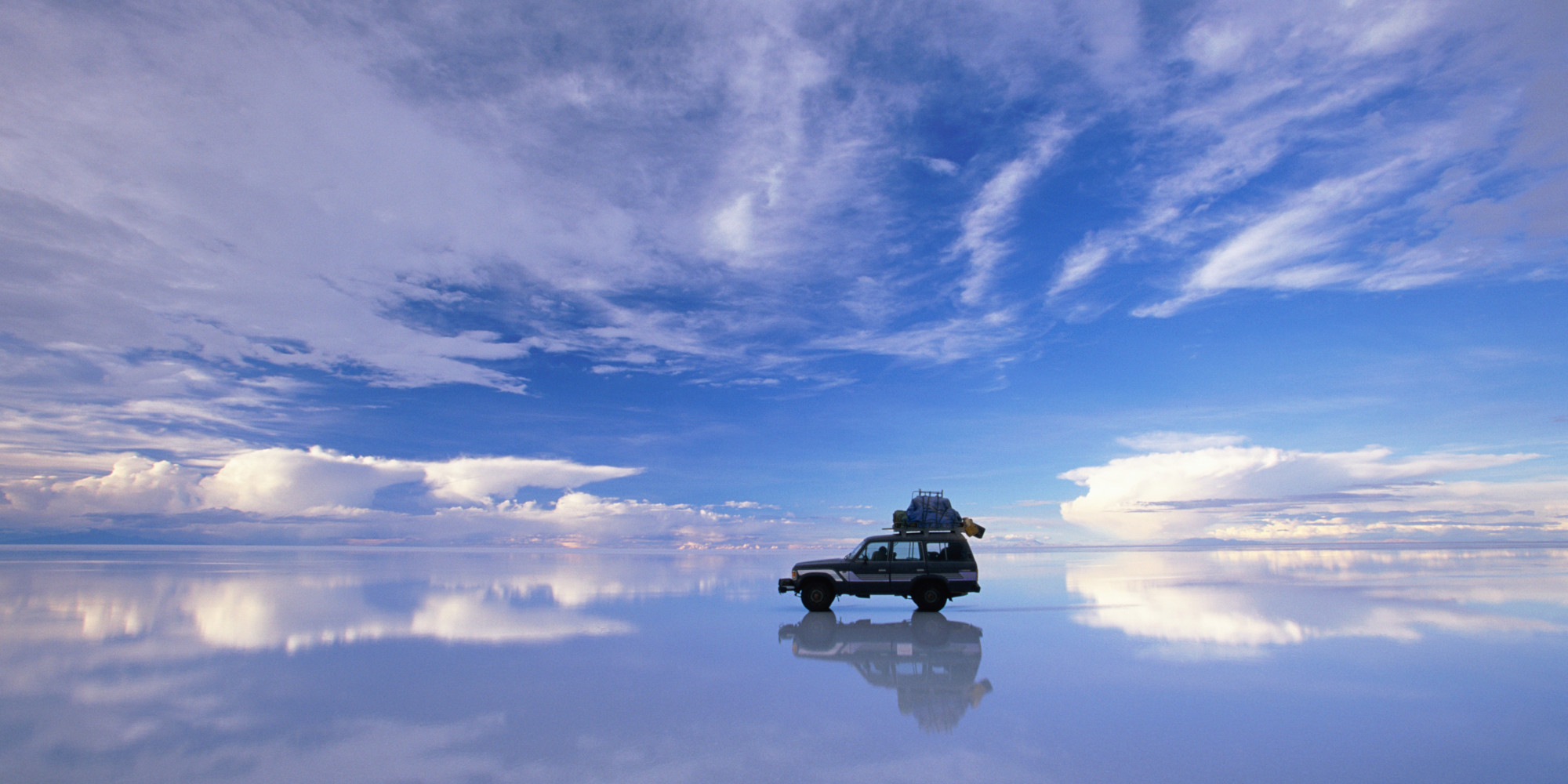 These salt flats make mirages all the time, and when it rains the film of water is like a mirror. You could use a salt flats for your desert or something similar. Your creatures are not flat blue but an agouti blend of light blue dark blue and white, which will be great when they make your story into an anime.

Blue sand is cool but this place is positively surreal and would be wonderful for a fiction. Shout out to @Slarty who proposed your creatures camouflage against the sky which is what they would be doing.

All of the other answers are good.

I want to have a blue furred species native to a desert in the world I'm building, so the obvious way to have that is to have the sand of that desert be blue so they are camouflaged. I could just say the sand is blue and be done with it, but I'd rather have an explanation for why the sand is blue.

If you're trying to tell a story, consider how deep into this you really want to go.

Also consider from the other angle: Why aren't there blue-furred animals on earth? Why might those reasons not apply on some other planet?

I don't have a great link for this; here's something. Basically, making a molecule that's inherently blue and is stable in an animal's body is pretty hard. The best way to shift this balance is probably to supply a relative abundance of metals and natural non-biologic blue pigments in the environment, i.e. have there be lots of blue rocks.

Basically, where X is whatever blue mineral or minerals,

The sand doesn't need to be blue if the primary species they deal with are all colorblind. Good color vision is somewhat rare; deer for example can't see orange on green all that well, so hunters can wear high-vis orange without worrying about getting spotted. Blue-green color blindness is something that occurs in humans, and alien creatures can have a completely different visual system.

They could also be nocturnal, (common in deserts) at which point color vision becomes even worse, and dark blue is a reasonable camouflage to use on anything that doesn't specifically have night vision.

Surprised there hasn't yet been an honourable mention of two amazingly coloured blue birds that appear in nature via different methods without their surroundings being blue. Fair enough if you want blue sand, but here's justification for an alternative:

The blue color of the blue-footed booby's webbed feet comes from carotenoid pigments obtained from its diet of fresh fish.

When sunlight hits these [prismal cells], it is split into wavelengths that reflect to the observer in varying degrees of intensity, with the feather structure acting as a diffraction grating.

Both methods seem to feature carotenoid-based pigmentation obtained from the birds' diet (also the same for flamingoes too), though the fur/feathers/scales of your creature splitting and refracting light so that it appeared blue to the viewer is a cool world build.

Not the answer you're looking for? Browse other questions tagged science-based science-fiction geology .

17
Is it possible to have a planet with sand tides on deserts?
16
How quickly can I form a mountain chain?
5
Perceiving color like a native
2
Is it feasible for a Dune-style sand worm to have silica scales?
23
Metal that glows when near pieces of itself
3
Where would rivers and lakes make sense on this continent?
27
Is it possible for the soil of a desertic exoplanet to be so copper rich that its surface is mostly covered in green-blue deserts?
17
Would blue-collar jobs still be done by people in a scifi setting?
5
How "geologically Earth-like" can my large terrestrial planet get?
10
Why would most species avoid democracy?