Replacing the core of a planet with a sun, could that be theoretically possible?

We have a sun that is like ours, does not matter I think because of scaling. That sun is completely encased in large rock formations like that of a planet. Basically if you replace the core of a planet with a sun.

Obviously I want it to be naturally formed planet but the focus on the theoretical aspect of it is more important since the universe is a big place it's enough to know it could happen.

I understand there are complications regarding other aspects but I'm only focusing on one thing here and will ask later about other problems. I want it later to orbit a sun and have an atmosphere...etc But again I just wanna focus on one aspect:

Is such a thing even theoretically possible?

And what type of real or theoretical material would be used? to achieve that idea?

I understand that those are two things, do they need to be broken? But I'm worried that it would get closed if the question has a simple yes or no answer.

NASA says a planet must

However I'm only interested in figuring out this first step now, could it be real?

I'm well aware that the gravity of the sun is huge. Even one like ours has a lot of gravity. So. This is part of the question. I mean that what type of material could withstand such gravity

Obviously, the sun also outputs a lot of energy. So the planet will have to find a way to handle that if possible.

I'm content if it not even theoretically possible. But I'd just love to know more on why.

I will ask about an atmosphere later, as well as if it can orbit a star or not...etc Just want it to be focused.

No this is not even remotely possible. The gravitational attraction of a star would be great enough to suck any surrounding planetary surface sphere into itself. Making the planet or crust deeper would not help either as it would only serve to increase the gravitational field centred on the star. The energy output of the star would also rapidly vaporise any surrounding material.

Technically this would just be a star, something along the lines of a binary star. A sun, in some sense, is a nuclear-powered "planet" shaped object that can orbit another larger star. Replacing the core of a planet with a star would cause the planet to collapse because of gravity, as well as causing the surface to radiate with the same total heat output as the interior star, thus making it...a star again. It's stars all the way down, I'm afraid.

The universe is a big place it's enough to know it could happen.

The smallest stars possible are brown dwarves, with a lower bound for their mass at around 13 jovian masses. Giant planets do not have a solid surface. So... 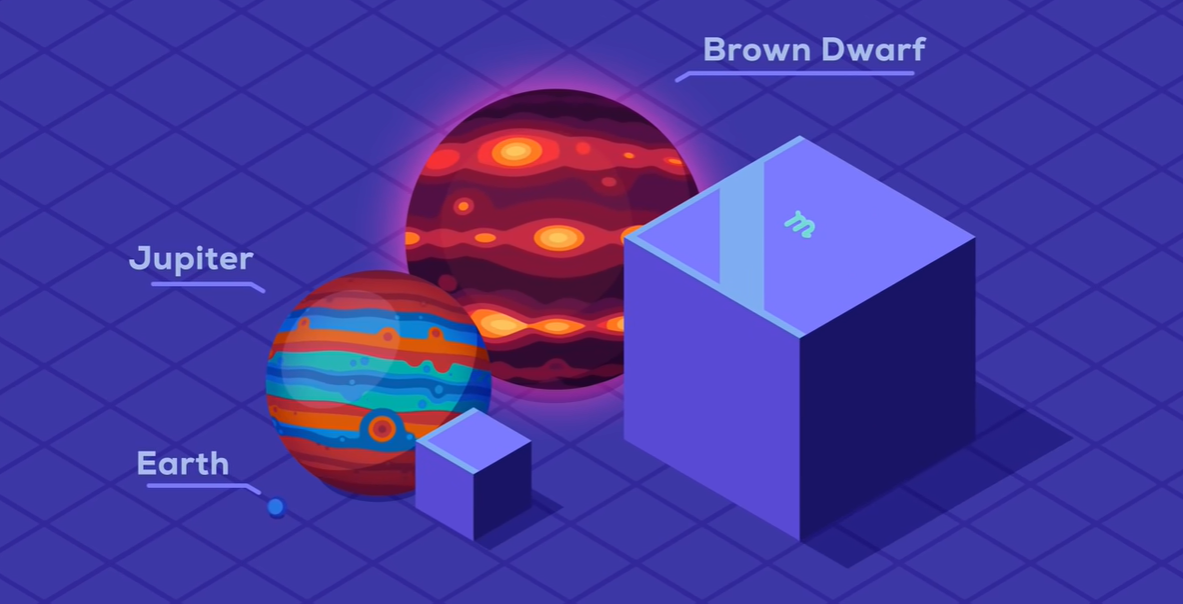 I could stop here, but I'll give you a different idea: neutron stars have an atmosphere and a solid crust. 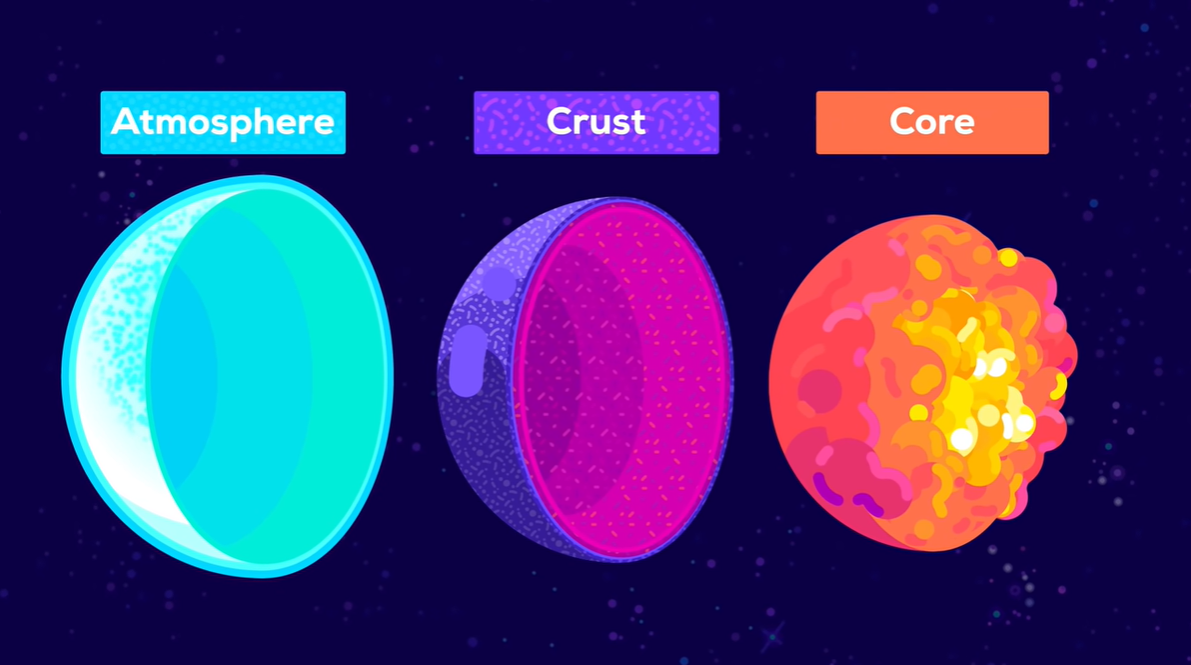 You could consider them a kind of planet with a stellar core, if you follow the IAU definition (which is what NASA is quoting in your link) and you find a neutron star orbiting another neutron star.

Planets (the rocky kind you are thinking of) are made of rock. Rock is much denser than hydrogen and helium, so a planet large enough to fit a star inside would be so massive that its gravity is so strong that it would collapse into a blackhole, neutron star, or something similar.

As others have pointed out, a literal star isn't possible because of scaling issues. The minimum size of the star (not too much smaller than our sun) is still far too large to have an enclosing solid surface that wouldn't undergo gravitational collapse. There's a couple of alternatives I can suggest if that's okay.

One would be a Dyson sphere. This is a collection of structures that either orbit the sun (held up by centrifugal force) or are suspended via light sails. Get enough of them together and they can completely surround the sun. There's a ton of science fiction stories that feature these.

Another would be an artificial fusion powered source of electromagnetic energy that mimics the output of a sun but on a much smaller scale. That could be small enough to be enclosed in a rocky body such as a hollowed out asteroid. There's lots of stories that take this route as well.

If it is possible, there are so many equilibrium points that must be balanced that I doubt such thing would exist for too long. These are the points I can think:

Interestingly, the position might be stable. Such thing can not rely on rotation to maintain a stable orbit around the star, because the poles would crumble leaving only an equatorial ring: instead, it must be rigid enough to sustain itself. Considering it's gravity center will match the stars gravity center, star's pull will propagate through the structure, tending to always match their center of mass. Any delta would make the shell oscillate around the star over the course of days, but radiation absorbed from the interior might act as dampening of sorts, and oscillation should eventually dissipate as heat.

The star's radiated light will also exert an stabilizing pressure on the structure, pushing outwards in every direction like gas inside an inflated balloon.

The Sun's surface is about 6000C. Stone melts at about 1500C. So the stone shell will melt into Lava.

Even ignoring the heat, the stone will sink under the sun's surface. Most types of stone have density about 2.5 g / cm$^3$. The Sun is less dense at about $1.5 $g / cm$^3$. That means if you put a stone shell around the sun it will sink in the same way stone sinks in water.

If you put something less dense that can withstand the heat then it will remain on the surface. For example water is 1 g / cm$^3$ at room temperature. However being on the surface of the sun definitely changes things, due to massive heat and gravitational pressure.

Well, you could have a running fusion reaction going in there, the size of a smaller moon, that powers some very energy intensive projects (like shooting a concentrated beam to several distant planets/solar systems).

That way you are producing the energy levels of a star using conversion of hydrogen to helium - if the energy you get out is bigger than the energy getting in your only limiting factor is hydrogen input/recycling to run "perpetually".

So you have a "star" inside a planet.

Not the answer you're looking for? Browse other questions tagged science-based reality-check .

10
What is the highest pressure any life form could theoretically survive in?
5
Is it possible to have a civilization in the core of a planet?
10
How would this tidally locked planet be affected by its moon and would the moon have a deaccelerated orbit?
8
What's the longest plausible orbital period for a habitable planet with a 3:2 spin-orbit resonance?
0
Planet with two moons and rings? Is it possible?
54
Is it possible to have a planetary system with planets having perfectly synchronized orbits?
4
Worldbuilding & Climate: How does the sun affect a simple sphere with atmosphere?
17
Could the Sun be born again?
11
What is the maximum orbital time for my moon around my planet?