What is the possible way for internet to evolve into immaterium?

A few days ago I was choosing a gift for the New year. As I was standing in the gift shop and my sight was caught by the mug with memes. 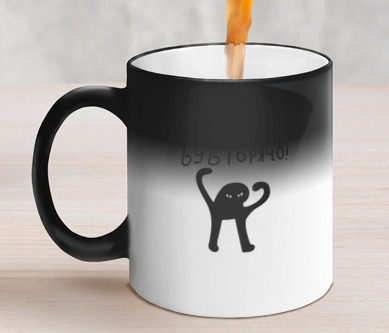 I thought that it looks like the internet somehow crawled into reality. Every shop I saw during my journey through the mall had something inherited purely from internet culture. One might agree that it looks like the "barrier" between the internet and reality is getting "thinner" in such places. Of course, I am saying it with some irony, because today the "internet rift" is impossible. It is just an example of why I am even considering to treat the internet as a seed for the immaterium.

The question is how the evolution of the internet might go for it to become somewhat similar to warp from the Warhammer universe.

Some logical constraints should help it to stay at least semi-realistic:

But at the same time, in my opinion, there should be some defining properties:

In my opinion for starting, this "immaterium" should be restricted to Earth, to put the space travel out of scope to avoid all paradoxes and decisions related to FTL traveling. But I would like to hear how to port this idea to the universe with reasonable space travel mechanics.

As requested by AlexP I am defining what I mean by "immaterium". Firstly, it is effectively a parallel universe(or subspace) with its own logic of existence. Usually, it is associated with superluminal travel, but here it is not the case.

There are limited means to access this universe to use it for some purpose. Here are some examples of such spaces:

I buy stuff online. I clickety-click on a product, and magically a few days later it materializes at my doorstep.

Have you ever seen the sweatshops factories those things come from? Some would even dare say that those places do not exist, because of a certain conspiracy theory involving the shape of the planet.

Cheap shot at flat-eathers aside, the internets can be used to transport money overseas with a few clicks. It can even generate magic money, which only exists within the network but which can be traded for actual money which then can become cash.

One of my favorite musicians is an internets being.

GEM TOS has been existing as an entity circulating around Data Airlines for a while now, as a repeating voice talking about chiptunes, reasons for skipping school and famous kraftwerk quotes, as a serie of strange sounds and she even featured on Oai Stars latest album clashing about essential ingredients for a good production, or life, or a night out. As hard to interpret as to know who she is, GEM TOS, more than just an entity circulating around Data Airlines then, like a ghost assuring a certain german attitude in everything released by the label.

She even has some lyrics about it:

You can activate Internet Kill Switch'es locally, but if you do it globally you basically crash every economy where people use electronics. Practically all banks nowadays work through the network. You use the internet when you make a credit or debit payment.

We know it cannot be deactivated without causing something worse than the 1929 crash, now think about content. You can moderate it in some sites, but there is always somewhere else with different ideas and rules. You can't control all the content that is generated and published.

And then there is the magic money I mentioned some paragraphs ago. It was meant to make transactions hard to trace and its development led to a new technology which can be used to move not just money, but any kind of information. It is a colossal effort, and some would even say it's impossible, to tap on blockchain stuff.

Not the answer you're looking for? Browse other questions tagged technology technological-development internet .

49
What can be used as a money in a high-fantasy magic world where noble metals are in practical use?

7
Interstellar internet use cases, or "What if the internet was mail-order?"
2
Alien ship connecting to the internet
1
In a SciFi world, how could a "suit" cary 1000X+ times the wearer's weight/volume?
2
Reality warping via strings (string theory)?
5
What would replace/be the next evolution of tanks in the future
6
Would it ever be possible to restore the data currently on the internet if the internet were to totally shut down?