Can a planet have asymmetrical weather seasons? Like 3 months for summer, fall and spring each and 6 months of winter?

I looked around for an answer and was unable to find it here. So can the planet have asymmetrical seasons? I want my imaginary planet to have winter doubled comparing to summer. And which astronomical conditions will provide this? Thanks!

L Dutch's Answer does a really good job of explaining how Kepler's law of planetary motion works, but it is missing some pretty important details about axial tilt.

While the eccentricity of your orbit will make some seasons longer than others it will not affect your whole planet the same because while your Northern Winter may be longer, your Southern hemisphere could have a shortened winter and a longer Summer; so, this fails to get the desired effect on a whole Earth-like planet without messing with some other variables as well.

Technically, you could move the orbit enough so that you get the same season on both hemispheres of a tilted world, but this would cause compounding issues that would make one hemisphere uninhabitable. If your planet were to have an Earth-like tilt you'd have to make the orbit especially escentric to create an Earth-like "short summer" across the whole globe which would cause one of your hemispheres to experience twice the seasonal variance that you see on Earth. So, while Earth's Temperate zone typically varies by about 40°C, a similar would with such an orbit would have a variance of 40°C in one hemisphere, and 80°C in the other. While 80°C may not sound like too much variance for life to adapt to, it is certainly very bad for macro-organisms. Your extreme temperature gradients and maximum temperatures reaching 60°C in one hemisphere will not just cause deadly heat, but massive storm systems including but not limited to hypercanes with wind speeds exceeding 800 kilometres per hour followed shortly by a long sub-arctic winter. Tardigrades might get along just fine here, but macroscopic organisms generally take issue with silly things like freezing their body fluids, folding their proteins, and being ripped limb from limb.

For a more consistent "long winter" there are a few solutions that may yield the desired result:

One solution is to give your planet very little or no axial tilt with an eccentric orbit. This would mean that your planet would not get seasons at all the way the Earth does, but only get seasons based on its physical distance from the sun.

Another way to solve your problem could just be to make your planet colder: either by reducing its greenhouse gasses or by moving it closer to the outer limit of the Goldilocks Zone.

While this second solution will not actually make the coldest time of year any longer than the warmest time of year, it would give you a longer winter from a biological point of view. On a colder planet, plants and animals may need to be dormant for longer portions of the year waiting between when things are frozen and when they thaw out enough for macroscopic life to thrive effectively giving you a longer winter.

This second solution may be a better option if you want your civilization to still be able to rely on solar calendars to measure years since they sun always follows the same track in the sky on an untilted world.

Yes, asymmetrical seasons happen right here on Earth, when humans want them to.

In reality, climate changes throughout the year, and just because yesterday was "winter" and today was "spring" doesn't mean that suddenly all the snow is gone and all the flowers are blooming.

The European model of spring-summer-[autumn/fall]-winter, each lasting three months, is popular but there are many places where it's not terribly useful, and other models are acknowledged instead.

For example, Australian Aboriginal and Torres Strait Islander peoples have developed several different ways to describe seasons, designed for the climates where those peoples live. In these systems, seasonal transitions are typically based not on fixed calendar dates but on specific events in weather and/or local fauna and flora, and there are often more than four seasons.

In Darwin, even among people with no Aboriginal/Torres Strait ancestry, the spring-summer-autumn-winter model isn't very helpful, and most people talk instead about the Wet and Dry seasons, sometimes with a third "build-up" season as Dry prepares to change to Wet.

In a place where snows last a long time, it's quite plausible that locals would define some kind of "winter" season that lasts much longer than a "summer" season. It's also very plausible that they'll come up with their own system of seasons that doesn't map neatly to the "cold, in-between, hot, in-between" categories that we're used to.

(Obviously though, you can't have six-month winter and three-month spring, summer, and autumn, unless your year runs for fifteen months. Or you allow seasons to overlap.)

Bottom line: "seasons" are a human fiction designed to split a complex reality into simple categories, and you are quite at liberty to tinker with just how that split is done.

If your planet has a highly eccentric orbit, the time it will spend far away from the star will be necessarily longer than the time it spends closer to the star. Being further away it will also receive less light from the central star, thus strengthening the winter. 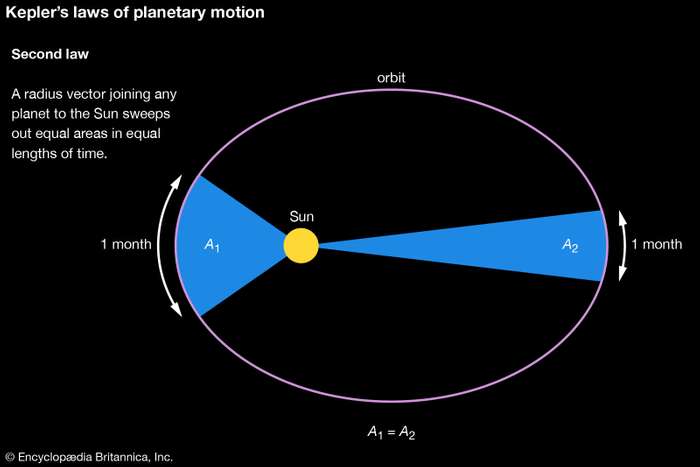 the distance covered during the orbit in the same amount of time changes with the distance from the star: the closer, the longer.

It happens right here on Earth. The temperate "four equal seasons" climate is actually an outlier:

There are other variations, but these are the most common.

Sure, if you define a season by what's happening rather than strictly according to arbitrary calendar divisions or astronomical data.

Let's define some terms, based on where I live: "Winter" is when there's minimal plant growth, low day temperatures (typically subzero), accumulation and maintenance of snow, and frozen standing water. "Spring" is when temperatures on average go above freezing, causing snowmelt and ice breakup. While frozen precipitation may still happen, it typically doesn't last. "Summer" is temperatures are above zero, there's maximum plant growth and animal activity. "Fall" is lowering temperatures, reduction in plant and animal activity, increased probability of frozen precipitation, and beginning of freezing of standing water.

Okay then, where I live, at sea level above the Arctic Circle in Canada, "Winter" begins at the start of October and lasts until May (roughly 6-7 months). "Spring" is typically the middle or end of May until June (1-2 months). "Summer" is July and August (2 months). "Fall" begins toward the end of August and September (1-2 months), and then in October, we're back into winter.

One aspect of planetary motion that is not often thought about, since Earth is unsuaual as we don't really experience it like most orbital bodies do, but which might provide your answer, is gyroscopic precession.

Earth's primary orbital motions are to rotate and revolve. As I understand it, this is actually a peculiarity due to our moon having precisely the mass necessary to provide a stabilizing counterbalance, preventing Earth's axes from precessing, or swinging back and forth in a periodic manner as well. Most orbiting celestial bodies don't have this odd circumstance, and all three forms of orbital periodic motion are observed in them, not just the two with which we are most familiar.

I've read it theorized that the unusual stability of our axis is what kept our climate stable enough to allow life to evolve, without drastically changing regularly enough to periodically wipe all the critters out.

Overlooking this fact, you could probably posit some sort of gyroscopic precession arbitrarily changing the lengths of the seasons for a hypothetical planet to result in whatever asymmetry you'd prefer.

In addition to all the important planetary climate discussed in other answers, you also may want to add sociological factors.

Nobody would bat an eye if I, an American, said that 'summer' runs from Memorial Day (the end-of-May long weekend) to Labor Day (the beginning-of-September long weekend). Similarly, many people define 'winter' as the season of a winter sports league or a winter crop.

There are two ways a planet gets seasons:

Like earth, because the axis is tilted against the orbit. Summer in the north is winter in the south, etc. All seasons are symmetric, not considering local climate due to the geography (seas, deserts, mountains, etc).

Or like mars, which has a significantly more elliptic orbit, and the planet spends more time far away from the sun than close to it, giving a long winter and short summer. (Of course mars' axis is also tilted, giving long and cold winters in the south, and long and temperate summers in the north.)

So what you want is an elliptic orbit, and little axis tilt. Of course that gives planet-wide seasons, not alternating between the hemispheres.

Not the answer you're looking for? Browse other questions tagged planets astronomy seasons or ask your own question.

79
Is it physically possible for a planet to have seasons of different lengths?

79
Is it physically possible for a planet to have seasons of different lengths?
6
Seasonal progression for an Earth-like planet with wobbly axis tilt?
7
Would a planet with a 4 year solar orbit have differing seasons?
10
The (Alternative) Reason for the Seasons, Part 2: Variable Star
11
Is it possible to have a planet that has seasons and is also cold at the equator and hot both poles?
26
How can a planet have a deadly eclipse-like “spotlight”?
1
How can I do so that the four seasons last six months instead of three months?
3
Temperatures and water level during very long eclipse