Ok, this is kind of two questions in one

My suggestion is actually quite simple, actively cooled armor.

Lasers in particular do damage by dumping heat energy into the target, so by dissipating that energy you prevent the laser from burning through your body.

Of course this system works much better for vehicles as most cooling systems built might not exactly be man portable considering you need radiators, piping, and turbopumps along with coolant tanks.

A starship with actively cooled armor could spin along its axis to make it impossible for a beam to focus while dumping the incoming laser heat into a heat sink. This could allow them to run the gauntlet and get into close range to blow up a laser armed warship.

However a soldier could use a system like this to also act as a portable air conditioner to keep them comfortable in all climates or even better make the fluid a non newtonian shear thickening fluid so it can act as armor against projectiles too.

Another thing that could be done is simply to plate your soldiers in hypothetical thermal superconducting material on the outside of their armor to dissipate the heat as well. 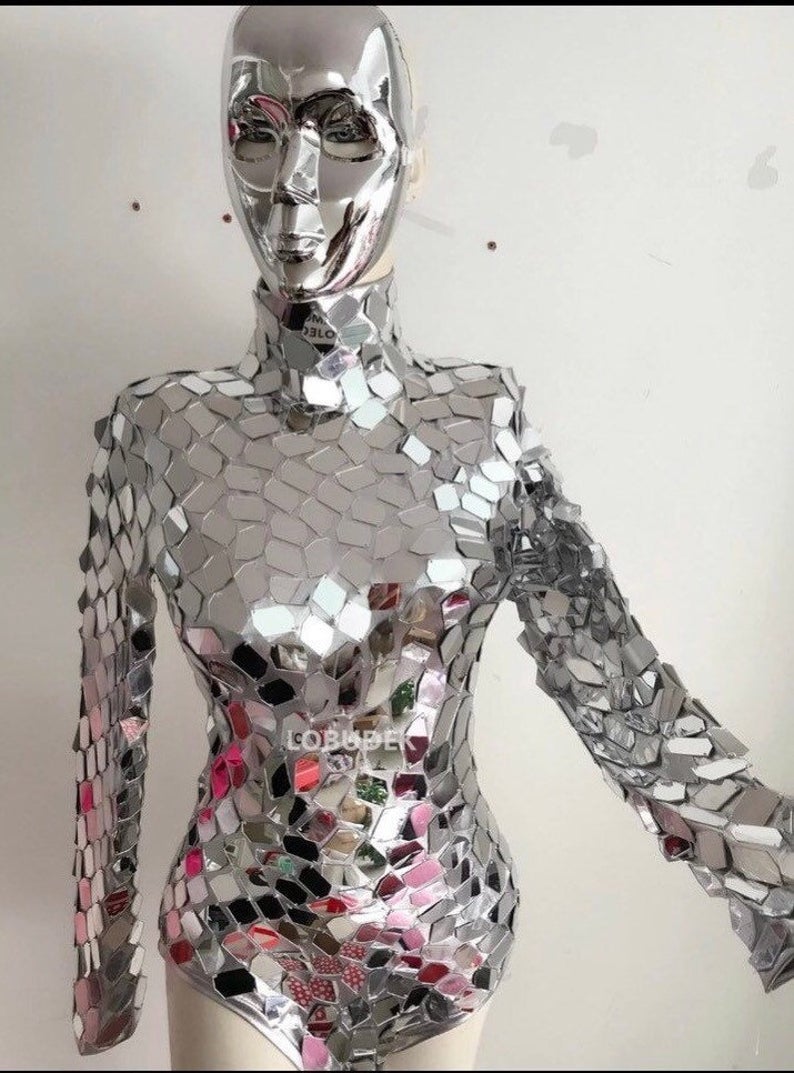 Lasers will bounce right off you in your sweet mirrored body suit! You are now the living disco ball that you become in your dreams. You will dance forward boldly, rays bouncing off you in all directions. Cue the strings!

Liam, wait! You need to put the pants on too! There are pants that come with this... Liam?

Well, he'll figure it out.

E.E Doc Smith's Lensmen in the 1930s required both.

Which was used depended upon the circumstances and the weapon.

Obviously a smart Lensman used both together, maximizing their protection in a fight...

Utterly careless of the service-life of the pitifully weak Delgonian projectors, [the Lensmen] were using them at maximum drain and at extreme aperture--and in the resultant beams the Delgonian soldier-slaves fell in scorched and smoking heaps. On came reserves, platoon after platoon, only and continuously to meet the same fate; for as soon as one projector weakened the invincibly armored man would toss it aside and pick up another. But finally the last commandeered weapon was exhausted and the beleaguered pair brought their own DeLameters--the most powerful portable weapons known to the military scientists of the Galactic Patrol--into play.

And what a difference! In those beams the attacking reptiles did not smoke or burn. They simply vanished in a blaze of flaming light, as did also the nearby walls and a good share of the building beyond!

In the real world, lasers (and other forms of focused light, such as burning mirrors) cause the object they are focused on to heat up rapidly. This is because light is a form of energy, and lasers are a type of light. When light hits an object, it either bounces off of the object or is absorbed by the object. When an object absorbs light, that energy is converted into heat.

In order to survive atmospheric reentry, spacecraft use ablative materials. These are materials that sublime (turn from solid into gas when they heat up, like dry ice) and are torn away by air resistance. This way, the parts of the vehicle that heat up are removed so that the passengers inside the spacecraft don't heat up too much.

It is possible to create ablative armor for defense against lasers, so that the armor turns into vapor when the laser hits it, preventing the wearer from getting injured. This is similar to how ceramic body armor protects against bullets: The ceramic plates break so that the armor is damaged instead of the wearer.

Reflective surfaces have a high albedo, or amount of light reflected. The more light that a surface reflects, the less light that surface absorbs. A dark surface will heat up faster than a light surface because it absorbs more of the light. A surface with a very high albedo, such as a mirror, will absorb little light and therefore not heat up much at all.

This means that if the outer layer of your armor is made a mirror, most of the laser will reflect off of it, causing a significant reduction in how much damage the wearer takes.

Both ablative and reflective armors can be made into armored suits for personal use, handheld shields, or scaled up to cover vehicles or buildings.

In this case a plasma weapon hit would instantly activate a circuit that triggered/detonated an opposing/outgoing pulse of plasma, hopefully neutralizing the incoming hit.

One problem - since these devices are attached on top of the targets armor facing outwards they are a ONE SHOT defense. Another strike on exactly same spot would hit the armor. Hit another spot and if that has a EMP plate on it no problem. But you probably cant stack them on top of one another like pineapple rings in a can.

Not the answer you're looking for? Browse other questions tagged technology science-fiction military-defense or ask your own question.

12
Space weaponry?
4
Powered Assault Armor - How possible it could be with near future technology
9
Sci-fi Science: Physics of Impossibru: “Force fields”
9
Ways to detect lasers from afar
12
Casaba Howitzer vs. Magnetic Shelds: Plausible Counter?
4
How could an overseer of a space colony make sure that the defensive weapons the settlers are using cannot be turned against him?
5
Can plasma be used instead of physical rails in a railgun?
7
Feasibility of Energy-Absorbing Shields
4
Making a plasma weapon (somewhat) realistic
9
Is my space combat system realistic?