What creative use four armed aliens can put their arms to?

The related question about possible weapons for four-armed humans provoked me to ask one of my own.

I have a technologically advanced (to somewhere of the Mass Effect levels of technology) alien species that have four arms, that are main characters in my webcomic: 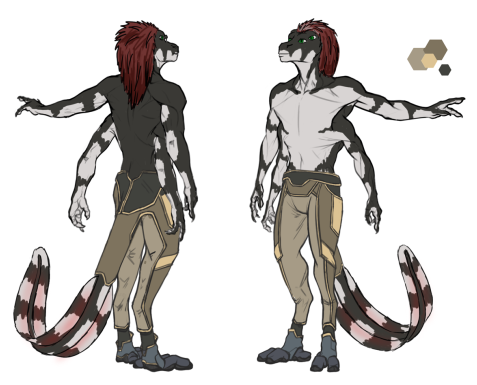 There are some anatomical considerations and limitations: The upper pair of arms are basically the complete equivalent to human hands in both dexterity and range of motions. Lower part of hands are biomechanically equivalent to the upper part, except that they have no clavicles, cannot be raised sideways higher than 60° due to differences in the shoulder joint muscle attachments, and in general are weaker than the upper limbs. On the plus side, due to no clavicles they have wider available sliding motion range, being able to extend further to the back or closer to the chest of the alien (similarly to how real life people born with CCD can make their shoulders almost touch). They can control different sets of arms to perform different tasks, but to a very limited degree (Somewhat better than the classic "rub your tummy while patting your head" challenge - it's doable but requires concentration on the task and some amount of effort). Like humans they have dominant hands, with the lower dominant hand always being on the opposite site of the upper dominant hand due to crosslinking in the nervous system. Ambidexterity (...or would it be "quadridexterity"?) is rarer than in humans but not unheard of.

The lower arms are right brain arms - for expression and social functions.

Consider the cat. It is standing there and it looks the same as it always does. But its tail is moving in a way that the dog knows means trouble. The tail is the expressive organ of the unexpressive cat.

Your aliens have strong and dextrous upper arms and they are for working and changing the world - lifting, making, breaking; changing. Those top arms are governed by the left brain and serve practicality and functionality.

The lower arms serve the right brain. When your aliens speak, the lower arms move and they talk with their hands at the same time as they make words. They can (and often do!) use these lower hands to make music and the roles are reversed - the hands speak and the mouth moves along like a guitar player muttering something as his hands communicate. The lower hands are not very strong but they are more sensitive and dextrous. Your aliens seem stoic and impassive to humans who look them in the eye. But their reasoning brain is not under complete control of their lower arms, which give mood and intentions away to the other aliens.

Extra arms would in most cases not give you more tools, but eliminate your need for a lot of the tools that we humans use when we do not have enough hands.

When working with your hands, it is common to need to keep serval tools readily available to be switched between. For this, human contractors often wear tool belts full of hooks and pockets for the tools and hardware that they need to quickly switch between. The problem with tool belts is that they can become much more cumbersome in certain environments than carrying your tools. Your aliens however will have less need for this since they can simply carry their extra tools while working; so, an engraver can quickly alternate chizels, or a carpenter can hold his box of nails while hammering something in place, etc.

Human contractors often find themselves running out of hands when working in high places. Many actions require the use of two hands at once which means you have no hands left for grasping your ladder or some other handhold. This forces humans to stop work frequently to fiddle with safety harnesses whereas your aliens can hang on and work at the same time.

They can stabilize the pieces that you are working with

One of the most frequent hurdles humans run into is needing to hold things in place while they work on them with both hands. This often translates to clamping, pinning, spot welding, stay stitching, or having to hire an assistant to do all sorts of tasks. Two extra hands would eliminate most cases where you need to preliminarily bind something before you can work on it saving loads of time and headache on all sorts of tasks.

This is perhaps the biggest advantage of 4 arms. They can carry a baby while still having two free arms to work with. One of the interesting things about your proposed arm structures is that your top arms generally describe how human male arms work and the bottom arms describe more closely how human female arms works. The greater ability to slide forward would mean that your aliens would experience less back and joint pain from holding a baby tight to its chest all day it its lower arms, and then it could do its day job using it stronger, more rigidly designed upper arms; so, during the infancy period, your aliens would remain highly functional while carrying its young much like a kangaroo.

The main exception would be computer input devices

Computer input devices can be made arbitrarily simple or complex. The more complex it is, the more options you have. Or, the more simple it is, the easier it is to manipulate with fewer appendages. For example, the aliens could make much better use of option keys on a keyboard (Things like Alt, Shift, Ctrl, Function keys, etc). So they could perform very complex macro functions as part of their normal workflow. Or thier PCs might use multiple mice instead of one allowing for such time savers as manipulating option controls with one hand and innerface controls with the other. Or thier game controllers could be designed such that you can use both analogues, the d-pad and the a-pad all at the same time.

From a biological perspective its likely the lower arms will be used almost always in tandem with the upper arms. They wont be doing something completely different (like your "rub tummy while patting head"). So if the right upper hand graps something the right lower arm will either try to support it or will help balance the movement in some way. I'm assuming the lower arms can be raised higher than 60° when pointing forwards.

This means that you have extra palm surface area and fingers free to manipulate an object. For example imagine holding a large sword-hilt, and helping the swing by moving the lower hands in the opposite direction. Or since the lower arm offers less strength (which makes sense) you place control surfaces with buttons and switches on the lower end of tools and items. Or as best example this solves the conundrum of those strange snack events where you have to hold a drink, plate and cutlery simultaneously with just enough standing tables for 1/10th of the guests.

So tools for your aliens would hold most of its manipulateable area's within reach of that lower arm. Its probably easiest for that arm to manipulate the lower lateral side of the item. So an item on the right hand would have its extra handholds, buttons, switches and whatever on the right hand side as well.

This type of layout would be pervasive. Imagine a right-handed bolt-action hunting rifle: the Upper Left (UL) would hold the barrel steady, the UR would hold trigger area to absorb the recoil and fire the weapon. The Lower Right (LR) would manipulate the magazine and any rifle settings so all latches and buttons to release and insert magazines would be on the right as well, the LL would reach up over the UL and manipulate the bolt-action, assuming a handle connected to the slide isnt extending below the rifle for easier manipulation (and for those who managed to decipher that description and know how that would look, the handle would first extend forwards along the barrel before going down so that it wont smack the right hand every time the slide moves backwards).

The main point I'm trying to get across:

Secret handshakes would be very complicated! ;-)
As would competitive table tennis.
And think of what a drummer could achieve!

With that sort of a layout, I can see the lower hands having much less strength, and this obviously more suited to fine, delicate precision work.

I see them using the top, stronger arms to hold a workpiece in place, while the lower arms do detail work.

However, there is one design aspect that will be a HUGE pain in the neck.
That face design obstructs vision to below.
The eyes may have full binocular vision ability, but there is a lot more nose in front of them, and a hugemongously larger amount of snout below the eyes.
Add to that the fact that the lower set of hands, even with the elbows bent in a working posture, is fully half a bodylength away from the eyes, and below the snout as viewed!
Remember that their range of movement has severely limited upwards range, they cannot hold something in the lower arms and raise it to their face.
I suspect that layout as shown, will not be able to see what they are doing with their lower hands, unless they painfully hunch over their work.

Is there any option for altering the eye position (they have enough of them!!) or narrowing the snout, or putting a set of eye lower in the face, or out on stalks, or.... something to improve their range of forward/down vision?

Hand shape: I see their hands have three fingers only.
One true thumb, that looks about Human agile, one long but less agile clasping digit, and a pointer.
This suggests they would have excellent grip around thin or smaller round objects, but some weakness in one-handed grasping. Good thing they can usually spare a second hand to hold that slippery tool. So, expect much less true one-handed tools in the Human style, and a lot more two-handed toolage.
For example: consider a handheld drill. Humans have enough fingers to wrap 3 1/2 fingers around the handle, and oppose them with a thumb for secure grip, and still have one finger available to actuate the trigger.
With just one thumb, one clasper and one pointer finger, there is no way this creature will be able to operate a human hand drill with one hand. 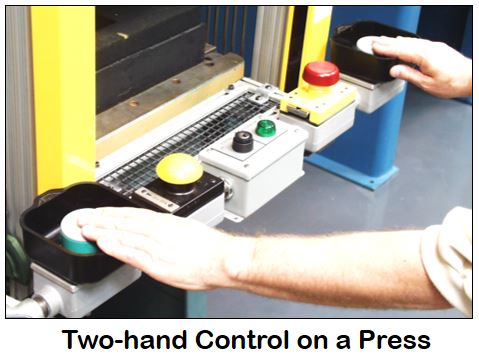 6
Upper limb disposition for a mammal-like alien with radial symmetry?
113
Would intelligent life evolve any other body plan than humanoid?
8
What would happen to a high-pressure creature in a low-pressure atmosphere? (3atm)
34
Anatomically correct multiarmed humanoids
4
Possibility of two-way sign language communication between humans and non-humanoid, dexterous alien
2
Could a humanoid alien have a tail?
9
Asymmetrical Limbs
7
What practical forms can a "branch-tailed" organism have?
4
Social Media for Blind Aliens