I am writing fiction about Earth becoming a rogue planet. I'm thinking about how future archeologists would deal with 21st century history. Datacenters might be treasure troves for them, as long as the data can still be retrieved.

What I don't know is wheter a hard disc or flash memory unit can be destroyed by cold, directly or indirectly - or if the data in it may be erased.

Can computers be destroyed, or the data in them be wiped out just by being exposed to an arbitrarily low temperature? If so, what would that temperature be?

Indirect destruction is ok - I remember that in the book The Martian, the protagonist bricked a laptop by trying to use it in the atmosphere of Mars - the LCD instantly boiled due to the low pressure (I consider that a loss because he didn't have the resources to fix it). But here I'm thinking more about temperature.

Sorry, magnetic data does not last.

In practice, you start encountering single-bit failures within 5 years, and complete storage collapse within 20 years. It'll be quicker if you live at high altitude, or if the storage location is not air-conditioned and thus experiences temperature swings.

Mechanical Hard Disks drives fare a bit better. While most of the mechanical aspects of the drives fail quite quickly (2-7 years) when inactive (an unpowered hard drive will fail sooner than one in continuous powered use), the actual data on the platters will last a bit longer.
But the magnetic domains on the storage will creep, fade, and decay in a process known as "bit rot". This failure rate will vary a lot, depending on environmental factors and the manufacturer of the media. Hot is bad; cool but non-freezing temperature is better. Ice formation is very bad. Vibration is bad. Radiation is very, very bad, even the everyday normal background- and cosmic radiation.
A drive in an underground data center that was originally climate controlled, with effectively moisture-sealed air and with significant radiation protection from cosmic rays due to its location and no Radon source(not dug into granite), will be about the best possible location. Yet even there, the media will have some errors within 10 years, many errors after 20 years, and apparently blank storage platters after 100 years.

Magnetic and electrical storage simply do not last -- they are optimized for low-cost, high-speed reliability in the short term only.

Other media
Just about the only bulk data storage that we normally use that will survive on a decades-to-centuries timescale is printed optical disks. Note not home-written, dye-based optical disks, those are worse than all the others here, lasting less than 5 years! We are talking mass-produced, stamped-in-metal-foil-on-polycarbonate-disk CDs and DVDs. With even a modicum of protection against the elements, a good quality DVD should retain its data for millennia or longer. They will become brittle and delicate, but a good archeologist is not bothered by such things.

Note that we can build a magnetic hard drive to retain its data indefinitely. At least on the century timescale. The process involves forming the platter with distinct "islands" of magnetic material, instead of the continuous magnetic domain that is normally used. But NO current commercial drives work like this, because the manufacturing cost is immensely higher, the maximum storage density is a magnitude lower than for normal drives, and the read rate of the drive is also correspondingly lower.
But it would be possible to build a magnetic hard drive that will last "forever", for such purpose as a Time Capsule, Data Ark, ultimate backup of important military data, etc.
But it would need to be planned and manufactured for just that purpose. Consumer-level data centers would not be using such tech.

There are also storage methods that will last for centuries, even millennia. It is not so hard to store data indefinitely, all that is needed is a storage that focuses on long-term safe storage, not ease of access, speed of access, or minimizing of cost. (all three of these are prime drivers for datacenters, of course!)
Example: the microfiches stored in a mine, suitably inerted and stored paper books, some forms of DVD, etc.
There will definitely be huge amounts of data available to archaeologists, but common usage datacenters will not be a part of that.

Forget those consumer data centers. They will lose their data quickly, radically, completely, within your lifetime.

Archaeologists probably are interested in data 500 years old and older.

The German government is currently storing one barrel of microfiche per year, containing what they perceive as relevant information, in an unused mine. Those microfiches are made to last and to be readable by low tech. They are guaranteed for 500 years and plausibly readable after maybe triple that time. A real treasure for archaeologists! 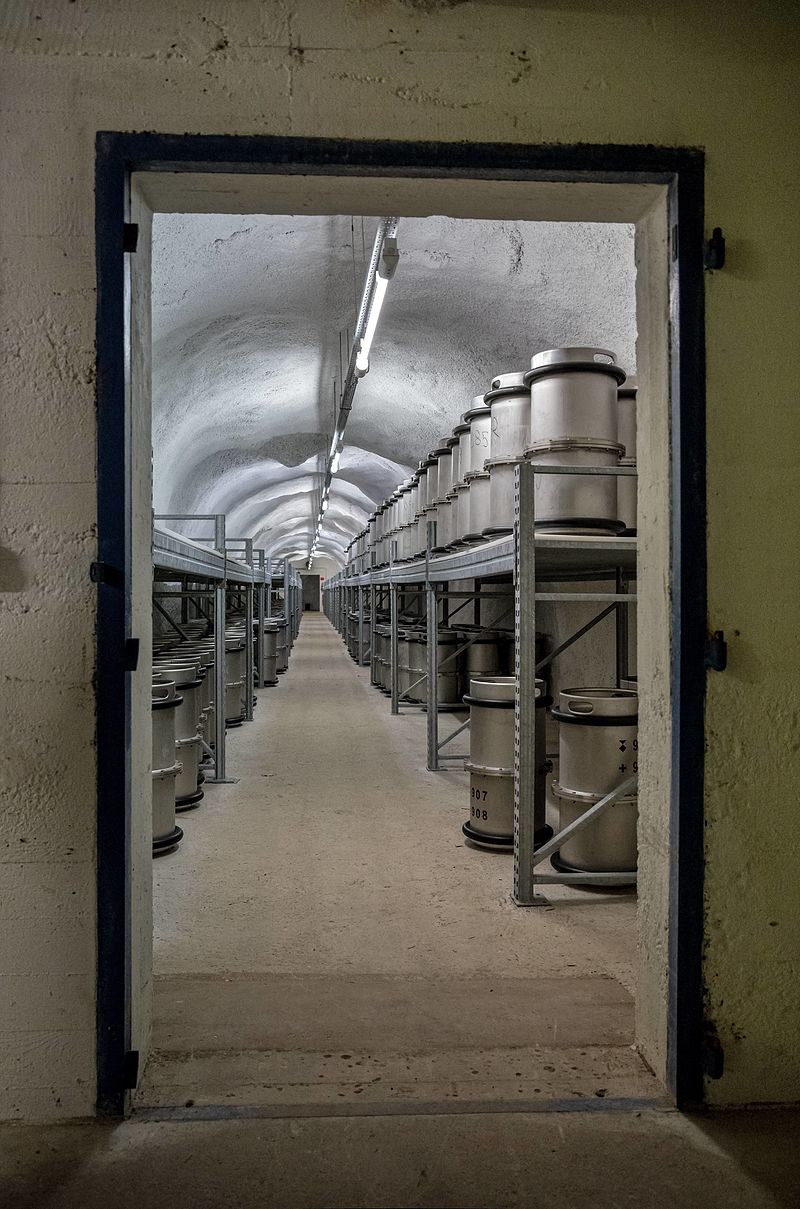 In Southampton, a company developed a glass storage disc that may outlast our civilization. The data stays readable for 60 million years, if you treat the disc gently. Sadly I have never heard from them again after they made their announcement. Your archaeologists would need quite high-tech laser readers to decipher those, though. I'll leave a link to the announcment for you if you're interested; and a second link to the advertisment site of the company. 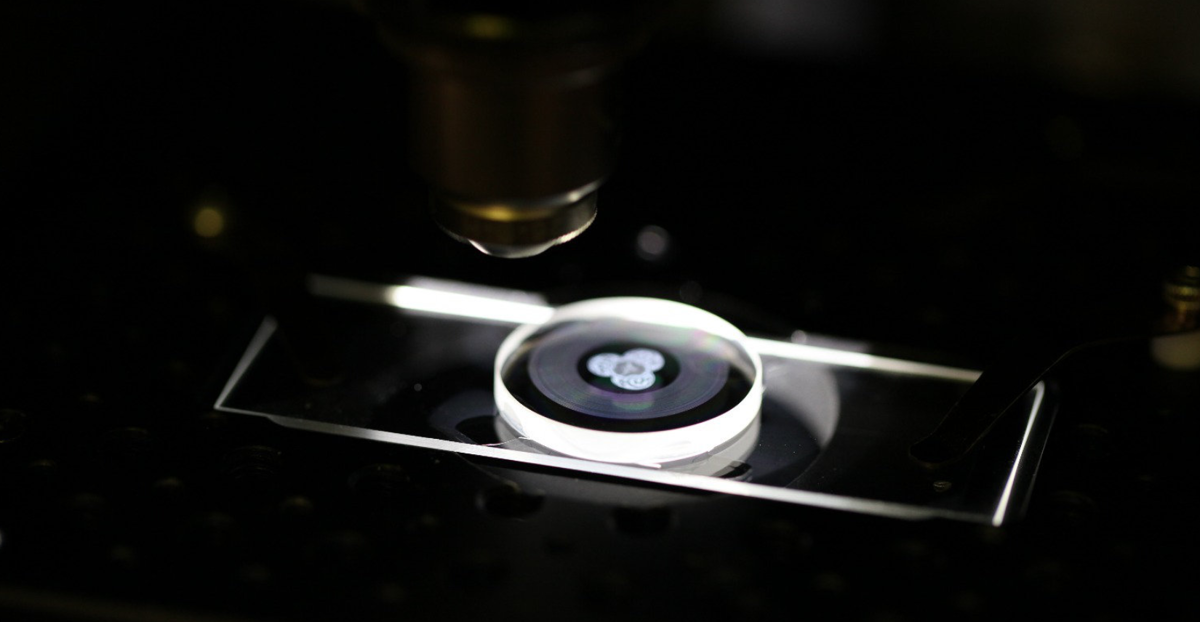 While low temperatures are beneficial to integrated circuits because they inherently slow down diffusion processes which on the long run would tamper with the precise arrangement of the circuital elements and all its stacks, they are still a source of damage for the circuit.

In particular with temperature going down, any material will shrink at a certain rate. If the contraction rates of adjacent material is too different and there are no other means of releasing the built up stress, some material may crack. The lower the temperature drops, the higher the chance that a crack occurs. This is the precise reason why deep space probes need a thermal source to stay warm.

I doubt that a data center electronic would be designed keeping in mind operating at the temperatures of a rogue planet, thus the scenario I described above is very likely to happen.

There are already very good answers on this question, and I'd like to point out something a bit out of scope from the question, which I believe is relevant.

There is a lot of data that, if you don't know the format of, is indistinguishable from noise. So even if the data survives on the DVD, drive, disk, microfilm or whatever storage medium you end up using, the format of it will be most important to would-be archaeologists. And that is ignoring the technology necessary to read said data in the first place.

Try reading a word document without word installed and you might get an inkling of how hard it might become. You might be able to hand-wave it away though...

Magnetic media, look at the other answers. Flash storage is even worse.

There are however writable DVD's generally sold as mdisc that manufacturers claim will last 1,000 years, due to the use of inorganic storage layers. They are read compatible with DVD devices.

Inorganic blu ray media is similar to mdisc and will probably also be legible.

The trouble then becomes finding an operable reader.

Since optical storage is used by cloud providers for lesser used data, and blu ray is generally inorganic storage, more may be readable than you think, subject to finding a working drive. Organic dye based dvd-r is likely to rot as per the other answers.

The atmosphere will freeze solid. Mainly over the oceans. It will be liquid for a while. The process will produce rather harsh climate that will collapse most buildings.

And don't even get me started on how brittle everything becomes at -40C. Below everything is worse. Uneven thermal shrink + already brittle material = every single chip or magnetic record is gone.

Paper may survive better, if exposed only to vacuum + cold and not to strong winds. Better if a storage is prepared beforehand, in a mountainous region (in order to avoid flooding with liquid nitrogen) and deep underground (to use some geothermal heat).

Not the answer you're looking for? Browse other questions tagged science-based physics electronics .

31
Long-abandoned, yet still working ancient technology
5
What potential H2O bio-equivalents would (critically) also float when frozen?
7
How long would an abandoned surface colony on Mars physically last?
19
Lifespan of abandoned buildings
5
What would Define Ecosystems in a "Frozen Moon with Ocean" World
10
The best realistic spell to brick firearms
7
Using frozen light as a starship shield
4
What are some means of subjecting Earth to a constant magnetic field imbalance capable of damaging or shutting down unshielded electronics?
6
How smooth would Earth's oceans be if quickly frozen?
10
How heavy would a human need to be to walk through a brick wall?