Background: My SciFi books are set 50-100 years into the future. My combat ships use fusion for power and direct thrust. (See previous question: "Performance envelope characteristics for a hard-sci-fi torch-ship") As many helpful people pointed out, one of the main issues with high power will be heat.

My ships are able to control, with a high degree of precision, plasma envelopes surrounding them. This is used in-atmosphere for magnetohydrodynamic propulsion. In space, the plasma-envelope is used for stealth by absorbing/reflecting radiation from radar etc.

If the ships have flakes of metal suspended in the plasma (something like: dusty plasmas) the flakes will absorb heat from the plasma and radiate it. If the flakes are mirrored on one face and black on the other and if the ship can control the orientation of the flake, is this a valid mechanism for preferentially radiating heat in a desired direction? 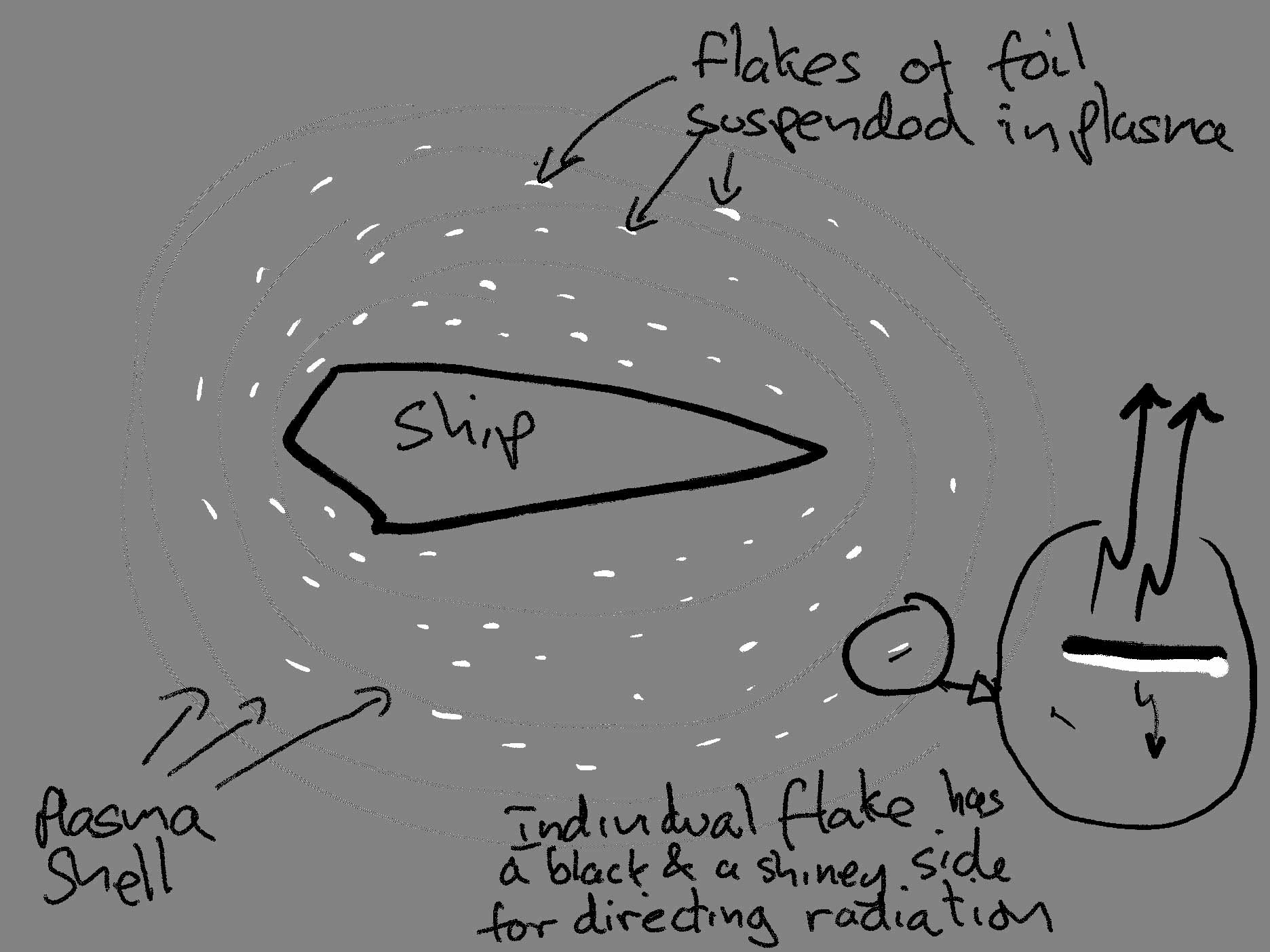 Your concept requires several unknown/unresearched aspects to behave correctly. IF you can get a way for those mirror/nonmirror flakes to orient correctly, AND have them circulate correctly to collect the heat in the first place without clogging, AND have them carry enough heat AND have them not absorb too much heat from your plasma turning it into gas (which would then just float away), then the concept could work. I have no idea how you would orient the flakes other than along the magnetic lines though. You would be able to select IN or OUT, but not any other direction.

If your primary concern is for the cooling effect, then consider this:

There are similar concepts for space heat rejection that require a lot less hoops be jumped through to work, and would be just as spectacular for storytelling purposes.

Take a look at this link: http://toughsf.blogspot.com/2017/07/all-radiators.html
This is a webpage that devotes itself to all thing space coolant, both current, planned and theoretical.

It is very similar to your idea, but requires a lot less finicky tech to be made to work. 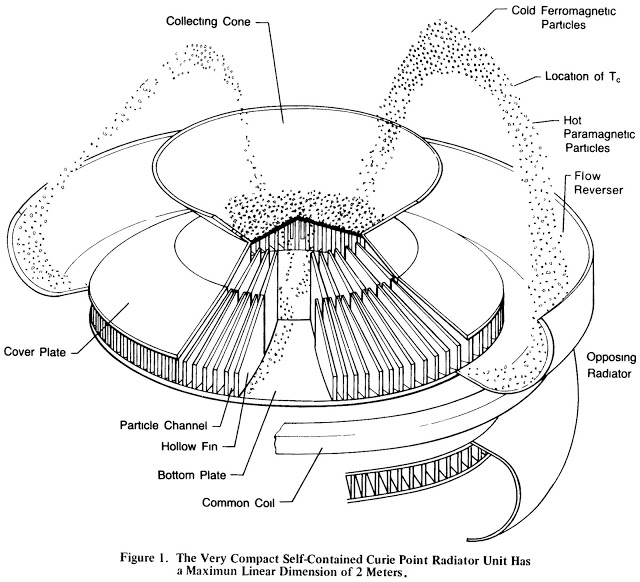 quote from the page, just incase it gets lost:

A Curie point radiator operates around the temperature at which metallic dust particles lose their magnetism. Iron, for example, loses its ferromagnetism at 1043K. The Curie point radiator uses metal filings or even liquid droplets. It is heated to above the curie point temperature and ejected into space, away from the spacecraft. A magnetic field is in place, but they are not affected by it. Iron can be released at temperatures of up to 3134K and collected at 1043K, but Cobalt has a Curie temperature as high as 1388K, is naturally black and boilds at 3400K, making it a better coolant. The small size of the particles or liquid droplets allows several megawatts of waste heat to be radiated away per square meters.

I see some problems with the concept as it stands now:

Not the answer you're looking for? Browse other questions tagged science-based physics space spaceships .

4
Classification system and measure of progress for science and technology branches and other areas of life
3
How long does it take for science and technology to become mutually non-intelligible?
35
Which fast STL drive could not be weaponized or results in perpetual motion?
6
Biochemistry (mostly) Questions for Science Fiction
0
Plausible energy shielding?
4
Stellar and magnetic parameters for creating polar radiation hazards
3
External 'Stellaser' style beam weapons driven from 'plasma envelope' surrounding a spaceship - Hard Science Fiction
2
Tracking a high-speed vessel in Sol