How could work a functional secondary respiration system ("Universal" respiration/lungs) at terrestrial and active creatures?

Following the path of my super predator, I thought that one interesting characteristic can be breath while is eating or producing sounds, an addition that could be useful for do not lose time during the alimentation or eat(when I say eat I mean swallow) while is running and for some intelligence comunicate with others or produce sounds to trick the preys. (But also I want genetical modifcated humanoids with a similar characteristic, for this the requirement of the voice).

In simple words I want to know how to separe the respiratory, vocal and ingestive tracts. Working indepently

So, I was considering some options for this but till now dont fill my expectatives:

In addition this I have considered that a syrinx could solve the problems for vocalizations. 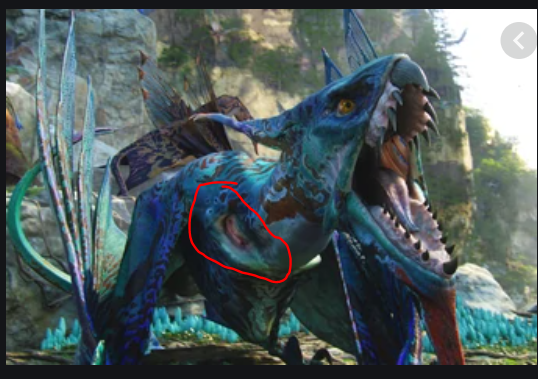 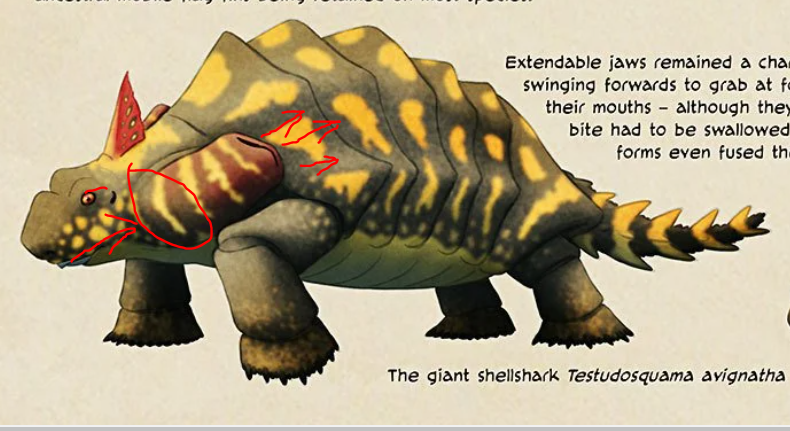 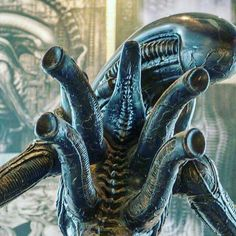 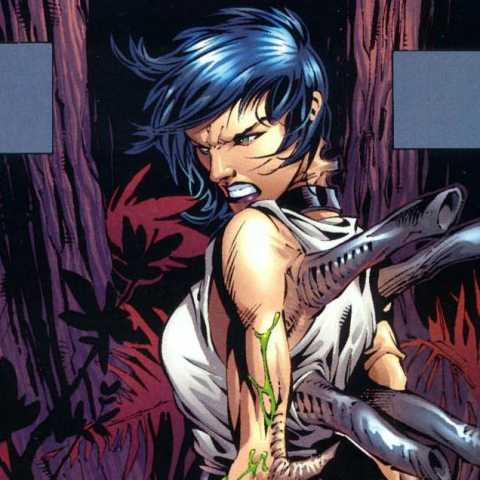 And the bigger complications would come if I want specific functions like the super efficient oxygenation of the sauropods, the air sacks from birds, the powerful lungs of cheetahs and horses or the resistance of humans, but I thought I will search solutions then, but if now you have possible solutions do not hesitate to say it.

Maybe I have been too conventional and for that I can not think more alternatives.

Dolphins have an anatomical structure called the goosebeak which is basically the epiglottis drawn up through the esophagus and into the posterior nasal cavity: 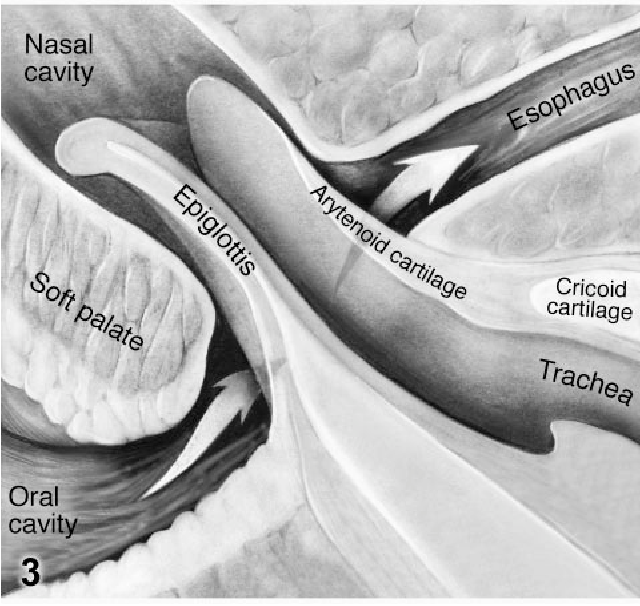 This is apparently a function of musculature, as dolphins can relax the muscles voluntarily (or under anesthesia), dropping the epiglottis back down into the common oro-nasal pharynx.

With this kind of structure, you're halfway there! Such a creature can swallow and breathe at the same time.

In order to separate speech / phonation from eating & breathing, is going to be a rather different chore. When humans talk, they do in fact breathe at the same time: they're able to control intake & exhalation to coincide with the words being spoken. A creature that can truly breathe independently of its speech-respiration will an order of magnitude more complex.

One might think: well, there are two lungs, why not breathe with one and talk with the other! The problem with that line of thinking is that both lungs are located within the same thoracic cavity. The diaphragm muscle engages, thus creating a negative pressure situation within the cavity that causes the lungs the expand, drawing in air. Your creature would need, essentially, two thoracic cavities.

This can be accomplished in a couple different ways. One is to create a separate goosebeak for each of two separate trachea-lung passages. You'd need to create a kind of semirigid septum within the thoracic cavity that would keep one lung (and likely the heart) on one side, and the other lung on the other side. And then you'd need separate and independently controllable diaphragms. This would I think be over complex and would lead to a new problem: you've got a mouth for eating, attached to the esophagus; and you've got a nose for breathing (attached via one of the goosebeaks to one of the lungs. But where is the third orifice, the one for speech? You'd basically need another mouth, or perhaps another head!

There are a couple solutions to this problem:

If you're considering a humanoid type creature, you could solve it by creating an Ettin, a unitary two headed humanoid, not to be confused with a conjoined twin, that breathes and eats through one head and talks with the other.

You could also devise a somewhat elongated humanoid creature with two thoracic cavities, one above the other. The upper thorax and its lungs would be connected to the nose & mouth through a perfectly ordinary oro-nasal pharynx. This allows simultaneous speech & eating and because the upper lungs have no respiratory function, or perhaps only a secondary function, there's no worry for choking on food or drink. They simply have to pause their elocution to swallow!

The lower thorax and its lungs could be connected to lateral spiracles, muscular openings that can be opened and closed to allow air to be drawn into the respiratory lungs. This would allow such people to breathe normally while eating and talking all at the same time. Something like this, but more anatomical and less traumatic: 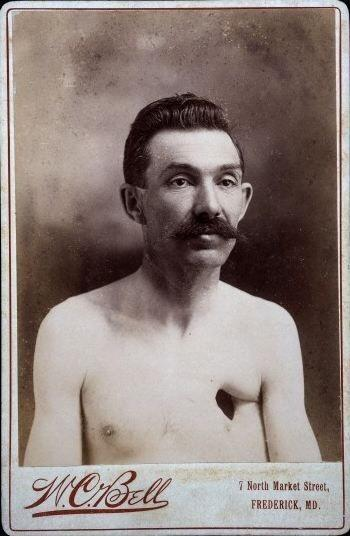 Not the answer you're looking for? Browse other questions tagged science-based creature-design anatomy humanoid bio-mechanics .

12
How does the digestive system of a creature that can turn around in its own skin work?
8
Overcoming the issues with attaching an esophagus to a ventral spine/support structure [Gross warning]
2
How would a "flaming collar" work in an animal and how could it be useful?
3
How make look feminine and masculine (non mammalian) animal humanoids?
2
How could "muscular hair" work?
4
How much can be modificated the humanoid body plan and still being able to perform the high speed throwing?
2
How could an efficient circulatory and cardiovascular system evolve for giant arthropods?
4
Is placoderm-like armor (semi-exoskeleton) viable for giant arthropods?
2
How two-limbed creatures could evolve powered flight? ("wingless" bird)