Can the cobra hood ribs turn to and be used as functional "pseudo-limbs"?

Probably this is question is related with things like snakes recovering their limbs or an anatomically correct naga or lamia or medusa. But now I am thinking other possible form of "snake limbs", the idea arose that snakes could obtain small limbs with those of an arthropod or specifically a centipede from their ribs.

But that was some ridiculous why a snake would need a lot of little legs that will not make the difference between its normal locomotion, so my conclusion was that this new limbs probably just could be useful at specific zones of the body, neither I am sure about the real uses but I have some disperse ideas, for that reason I made a fast drawing: 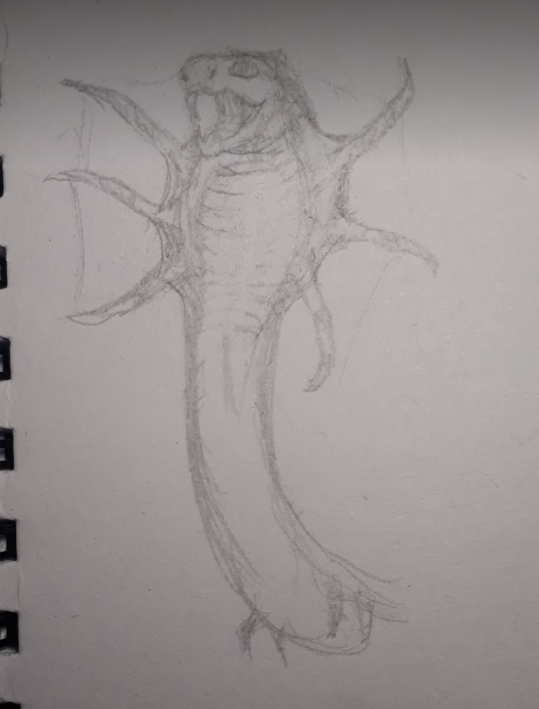 A cobra hood with arthropod-like limbs, looks some like the facehugger from alien, so I thought that probably could be used to grab on to some unsuspecting prey and feed in larger quantities for days by depleting the prey like a monitor. Other option, maybe being a giant arm (compared with the size), or less possible eventually developing multiple amrs like some representation of a naga.

But finding more possible uses based on some drawings and information about this: 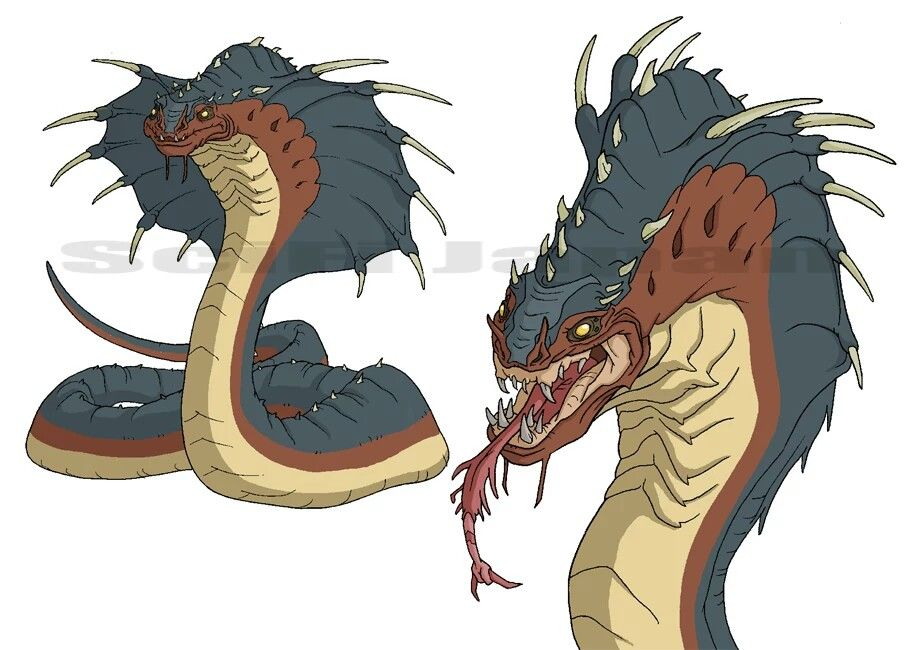 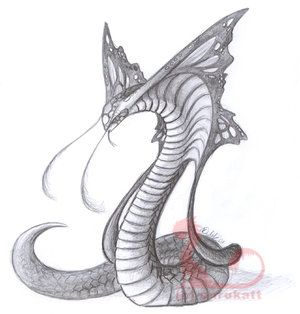 But the showed examples shows the cobra's hood anatomy like a pair of ribs for any vertebrae, with multiple joints and with necesary muscles to make the hood move to behind the head and what I found is not currently possible.

Then my principal point is, is it really possible that new joints come from the ribs developing segmented ribs (related with how animals get new joints)?

Could really work this type of limbs?

Finally I would ask about if this can become to more humanoid arms, at least able to manipulate objects, but I thought this is excesive, they do not have the required structures, shoulder blade, collar bone and breastbone

They don't need extra joints to have effective limbs

having multiple pairs of legs which are each individually mobile would allow the snake to manipulate objects finely withought going through the effort of gaining extra joints and muscle anchors. Even with limited movement the snake could easily catch prey with thickened and strengthended rib bones. It could probably also gain the ability to rotate and finely manipulate objects using the small amount of sideways movement they have in each rib joint.

Instead of thinking of the ribs as arms it is probably better to think of them as fingers. Most tasks can be done (with some difficulty) without using the central joints of your fingers. The full range of human actions and tool use could probably be done using modified snake rib limbs.

Functionally the limbs will be very similar to any other limbs, although they would look very different.

Not the answer you're looking for? Browse other questions tagged science-based biology creature-design evolution bio-mechanics .

5
Could Naga Reload Muskets while Marching?
3
How heavy would a Naga be?
1
Evolution: Tilting the scales of the arms race between cobras and mongooses
28
Is it possible for a tiger's tail to be taken off and replaced with a living cobra, with both creatures still alive?
4
if there was a dragon that spits pyrophoric liquids like a spitting cobra
8
Anatomically correct Quetzalcoatl
2
How could "muscular hair" work?
4
Naga evolution based on varanids
2
What would be an environment conducive to the evolution of varanids based Naga?