What would be the most valuable part on a spaceship? [closed]

In a star wars or star trek-esque universe where FTL space travel is pretty bog standard and not that big of a deal anymore what would be the most valuable part of a space ship? I was thinking except obviously cargo and such things, maybe AI and computer systems would be sought after components especially in deep space where equipment is a bit more rare? anyway what are your thoughts? (this is for a novel I'm writing)

what would be the most valuable part of a space ship?

It really depends upon what you mean by "valuable."

Value as Plunder
If you mean valuable from the point of view as plunder (one ship stealing from another), it constrains the part to be both relatively small and portable. If this is your definition than the computer core could very well be the most valuable portion of the ship.

Value as Replacement
Let's instead assume that some bit of the ship broke and you're wondering which bit would cost the most to repair. In that case, it would likely be the propulsion system. Space Opera spaceships require high thrust, high impulse engines which require extreme science and engineering. Unfortunately repairs won't be made by mechanics named Kaylee using a hammer (or for that matter by the ship's Captain by kicking it back into alignment!). 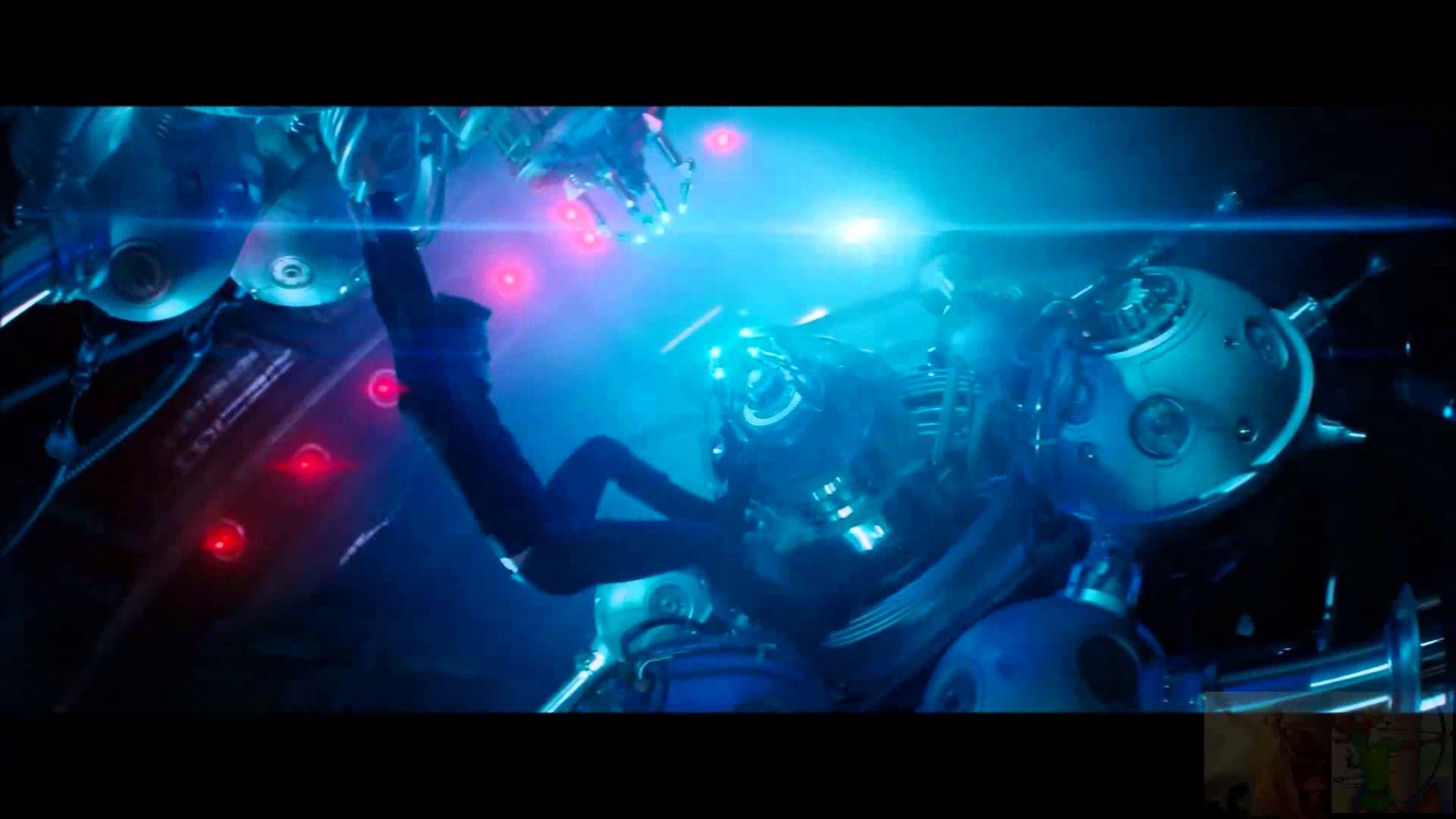 Major repairs require shipyards with very specialized and expensive tools along with the skilled workers required to operate those tools. All of that costs money.

Alternatively, you could probably fudge things and say that the computer was the most expensive components and that unlike the propulsion systems, the computers can't be repaired. Any damage to the computer requires replacing it with another computer.

This extends to almost any vital ship component or consumable:

If you can steal the computers and access its signing keys or what ever the ship uses to identify its self you could pretend to be the ship and do nefarious things.

Like people who steal number plates and then drive off with out paying for fuel. Or you could gain access to stations or planets you would otherwise be unable to.

You might be able to trade the identify on a black market to other space pirates to use as well. You would have to make sure that the original ship was not found or it would be known it had been stolen.

The hull is too heavy to steal. Computers and power plants have many uses in space stations and on colony worlds, so there could be a good supply of them. But technobabble sensors which allow ships to operate at warp speed could be expensive and scarce.

Not the entire computer system, just the main chips. Even for a large starship, they might fit into a single suitcase. Good value for the size.

The dilithium chamber or hyperdrive coils might wear out faster than other parts of the engine, but they might be relatively small and lightweight.

In such a future as we understand today, nanotechnology will allow most "stuff" to be grown/printed/assembled as cheaply and trivially as anything else.

Some parts may need rare elements. But with FTL travel will any element be scarse?

Some substances may be slow and inefficient to build "cold" by nanoassembly of atoms (though that is possible) but is manufadtured under conditions of pressure and temperature using special equipment. That would be increasingly rare as most stuff uses general-purpose nano assemblers.

Parts of the FTL engine complex will necessarily involve novel physics. If it is not simply made of an arrangement of atoms, it needs novel ways to produce. Maybe micro-wormholes need conditions near a neutron star to produce. That would plausibility be rare and expensive even in a post-scarsity society.

Probably not neccesarily sought after, or even having any kind of resale value, but most ships will probably have two systems that are the hardest to replace, because they aren't standardized but rather grow with the ship.

Because it's probably installed as a standard issue, but grows as the ship does. Many ships in space-opera settings go through a lot of crap and are changed for it. Every time you replace some component for a slightly-different version, every time you add a non-standard routine, every time you give repeated orders that aren't a part of the training course, every time you barely survive an encounter, your ship AI will know, learn and adapt how it reacts.

If you lose the AI, you lose everything it's learned. You can probably easily install a fresh one, but it probably needs a lot of time to scan and learn all the vessel's non-standard upgrades, it might not even recognize some of them, it will need to relearn how you issue orders and what the ship can do. Unless you can restore it from backup, anyway.

Related to that, the second most important part of the ship:

Mostly for the same reasons as the AI, above. Unless your ship is completely standard issue and produced in bulk (and come on, how often does a space-opera focus on a ship like that?) the active crew will be intimitaly familiar with it and (also very important) they'll be used to working together.

(Especially from an author's view the crew is the most important part; nobody wants to read about a cool ship, they want the people operating it. But from an in-universe perspective, it's most likely the same. The ship can be rebuilt, but the crew cannot be replaced expect by different people with less experience.)

Most of what is in a spacecraft could be replicated or built by any outpost of the spacefaring civilization, with the more intricate parts needing more time, attention or greater connection to the supply chain.

So long as the outpost has access to the right tools and materials, then the spaceship can mostly be rebuilt virtually from scratch.

This means the real value in any spacecraft would be the energy source. If you have a spacecraft without energy then you simply have a hunk of expensive machinery sitting there. German fighting machines at the end of the second world war (tanks, submarines and jet aircraft) were generally superior to allied machines, yet totally useless since there was no fuel to power them.

Since spacecraft need a tremendous amount of energy to get around (even in the solar systems) whatever sort of energy system or source will be very powerful and concentrated. Some possibilities could include antimatter, or micro black holes, or even things that are not covered by conventional physics.

Weapons. The ability to destroy your enemies is universally valued above most other treasures. The military mind seeks to pack as much destructive potential into the smallest possible space, to allow for diversity and redundancy within their arsenals. This quest for compact potency is also valued by merchants who want to pack as much value as possible into their holds.

Weapons are the ultimate currency...

The only person who would not buy any weapons you offered, is someone who already has better weapons; and if their weapons are that much better than yours, then trade is unlikely. They'll just take any valuables you offer them, without concern for trade.

Let's say that this was a Star-Trek galaxy. First off, there's the technology an opposing race can hope to gain. Therefore, by plundering their shields, warp drives, weapons, etc. you can gain valuable intelligence on the enemy's capabilities in combat and adapt to them, as evidenced by the theft of the USS Prometheus in Voyager. Take the computer systems too! Add to Memory Alpha!

After that, the hull will also come in handy. Why mine for more Duranium when you can just rip it off an enemy ship, thereby crippling their hopes of getting that ship back? In the meantime, we might as well reuse those nice LCARS displays.

Finally, the crew would also be valuable. Whether as slaves or political leverage, taking the crew will also discourage others to sign up for the chance to explore strange new worlds. If they were used as slaves, they can sell them, or put them to work. Profit. Holding the captain/commanding officer hostage and asking for a ransom might work, if the other race is not as technologically advanced.

In the end, everything on the starship can be of use.

Not the answer you're looking for? Browse other questions tagged space-travel artificial-intelligence science-fiction or ask your own question.

7
FTL in a relativistic universe: can my scheme be exploited to make a time-machine?
2
How would mankind “tame” wormholes enough to use them for travel?
38
Interstellar war without co-ordination, is fine timing important at these scales?
9
Spaceship Emission Security
5
The Colonist - Part I: Construction
9
The Colonist - Part II: Landing
59
How to prevent superluminal traveling idiots from wrecking half of the universe?
4
Do lightweight blockade-runner transports make single-seat space fighters obsolete?