The Bean Gun. Is it plausible?

Ok, since I'm tHe BEaN dELiVerY mAn, I need an appropriate weapon. I want a (you guessed it) bean gun. I want something that could launch beans at a lethal speed. However, I don't want the ammo to have to be cut into a cylinder like a spud gun. I want something that can launch the beans whole (baked, refried, uncooked, just beans I don't care which.) Would something of the sort be possible? If so, please explain in detail.

All of the above in one device/gun/rifle etc.

Or, just fact check it. Thanks!

Hey there BEaN dELiVerY mAn! I made a video today demonstrating the operation of a real bean gun, and it's efficacy against a common backyard adversary.

Trivially easy. Buy a 12 gauge shotgun and some reloading equipment. Load 12 gauge cartridges with beans instead of shot. Put reloaded cartridges in your shotgun and fire away.

Now I don't say that this will be a very effective weapon, but it will work (or should: I have not tried it myself). The low density of the beans means you won't get much range, and the non-symmmetrical shape of the beans means you'll get a very loose pattern, so forget about the scope. But it should be effective at close quarters.

If refried beans are in scope, I find myself thinking of something more like this: 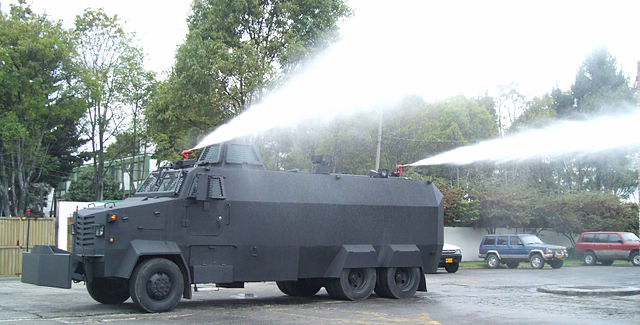 Maybe this could be your character’s vehicle. Have the water cannons pump out refritos at high velocity. Or maybe one shoots refritos, and the other shoots nacho cheese? The options are endless! 😄

(Sorry for the pun) 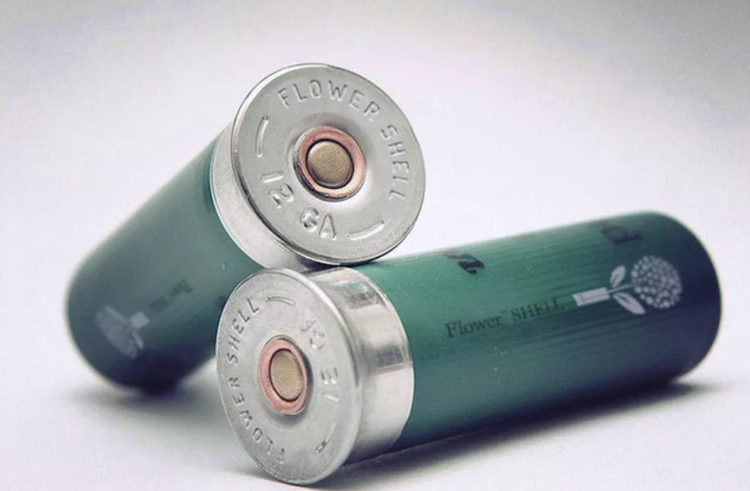 You can load up shotgun shells with seeds and fire them. Would be very short range weapon and pathetic stopping power but puts a whole new spin on "pushing up daisies"...

The Bean Can-non, and the RPB

The Bean Can-non: A small cannon, into which one packs a bag of powder, then a wad of rags, and then a can of beans. Point at enemy, stand well back, and poke a very long match into the touch hole. Boom! Headshots can be lethal, though difficult to achieve.

The RPB: The modern version. This is an ordinary rocket propelled grenade launcher, except the warhead has been cut off the rocket and a can of beans welded in its place. There is a small but non-zero chance of killing your enemies, and a very good chance of annoying them.

They would have to be grown from depleted uranium - not just have a uranium centre. So some sort of weird GM beans.

Then, since they are GM beans, you could get them to be suitable for rifling, or a bean-calibre gun.

But by that time they are, pretty much, bullets.

Cooling the beans in liquid nitrogen to -196C/-320F ought to make the beans solid enough to do significant damage even if cooked, and cold enough not to just reheat during transit or from whatever mechanism is used to propel them

Now you have a lot of small hard objects, which can be launched at your enemies through any mechanism normally suitable for launching small hard objects. Slings, catapults, cannons with the beans loaded as grapeshot, airguns etc

Actual bullets might be trickier because you wouldn't want to keep the charge cooled with liquid nitrogen, but I don't see any reason you couldn't design a device that feeds charges at ambient temperature, and liquid nitrogen cooled beans into the chamber separately

I assume you have never heard of a "potato cannon", or you never played with blowguns made out of a pen case and paper balls as a kid.

Tight seal between the barrel and the projectile is needed only to maximize the usage of the explosive power and prevent losses by allowing gases to escape, otherwise you will get propulsion anyway.

There are even historical evidences where desperate defenders, having run out of proper ammunition, loaded their cannons with coins and cutlery.

If you want something handheld, in the very basic configuration you need a pipe closed at one end, an explosive and your beans. Put the explosive in, then the beans, fire the explosive while aiming in the general direction of your target.

Beans can be used too. The only thing is that if they are cooked they won't withstand the jolt of the explosion and will likely be splattered.

You can even load the pipe with the whole can of canned beans, to increase the damage on the target.

Shotgun shells loaded with hard dried beans would be easiest.

But if you insist on something like a rifle or hangun, and you still want to use the beans "as is" without encasing them in something or cutting them to size; you could use a small calibre black powder cap-and-ball revolver (like the really old derringers or lady's purse guns or even six-shooters in cowboy movies set pre-civil war) or front loading rifle - in other words 19th century stuff - with a dried bean instead of the lead ball.

Alteratively an air gun made to fire hard round plastic pellets would also work.

For both options, the rounder and smoother the bean and the closer they are to the correct size the better your accuracy results would be, so you'd have to use dried round beans - something like soya beans, mung beans or azuki beans - and sieve-grade them so all your ammo is the right size.

Remember dried beans get harder as they get older (which is why they have to soak longer before cooking) so for ammo, the older the better.

Beans come in cans, which are made of steel and weigh more than a pound each. Launch the cans.

If you don't consider that cheating, I'm pretty sure it's the deadliest idea here.

The answer is simple, your bean gun is actually a coilgun.

A coilgun uses wires in spools to magnetically pull an object through the barrel.

This has been made by the hacksmith on youtube

So now you just need the beans to be magnetic, so just insert a tiny piece of metal into the inside of an uncooked bean, load, and fire!

As you will be able to see from the video I linked, it can do some serious destruction and can definitely cause injury, and be potentially lethal.

Note: You would have a case of already prepped beans ready to load with metal already inserted for efficiency of course.

A genetically engineered organism (shaped like a gun) that grows the beans internally (or via a symbiotic second organism) and fires said beans from a gullet via peristaltic action.

So a shotgun is all well and good for short range, but you want long range. At this point the issue is basically strength of the bean and accuracy of the bean; you can only make it go so fast without it disintegrating (likely not fast enough to be lethal) and it definitely won't go straight with such an odd shape. It turns out, though, that how straight it travels is an issue not solved particularly well by changing shape, but by spinning the projectile. Muskets (which didn't spin bullets) were notoriously inaccurate, and guns only became accurate after rifling was invented to spin bullets as they fly, thus evening out uneven drag by applying it from all directions sequentially (the bean or bullet will travel in a spiral, but will go straight overall).

The issue here is that if ya spin the bean all that fast or try to spin it with rifling, it'll disintegrate. However, if you were to dunk it in epoxy first...now you're getting somewhere. If you start with wet beans, dunk them in epoxy and let it harden, now you've got slightly flexible bullets that could be pushed into a rifle and fired in one piece, with reasonable accuracy. As for stopping power, you'd have to fire them vErY fast; think about how rubber bullets are used in order to not kill people. But if you loaded a machine gun clip with these, you could definitely do some damage, especially if you use lots of gunpowder.

I wish you the best of luck in your future bean endeavors. May your enemies tremble upon hearing your hallowed name.

31
Plausible plasma weapons?
3
Interplanetary electron gun
22
How plausible is an Alcubierre drive, really?
0
Does this matter sound plausible?
2
Creating a steampunk-esque/cybernetic "Big Iron" revolver
12
Feasibility of an endothermic gun
1
How Would an Anti-Gravity Gun Function
2
Could this idea for a dark energy prison be plausible?