What is the minimum viable ecological pyramid a terrafoming project would introduce to world with no life to make it suitable for humans?

An unmanned, AI-controlled, terraforming ship arrives at an earth-like planet (i.e in the goldilocks zone of its star, with a magnetosphere, an atmosphere, plenty of liquid water, earth-like gravity, etc.).

Despite this habitability, the planet has not developed any life at all.

The terraforming ship sets to work and succeeds in making the planet adequate for Earth-native species (altering the atmosphere composition for example).

Now it is ready to introduce earth species to the planet in order to prepare it for a colony ship that will arrive in a few hundred years time [edit: some answers suggest more time may be necessary to establish a functioning ecological pyramid, so specify more time if necessary].

What ecological pyramid will the ship introduce to create a viable, human-compatible ecosystem and food web?

I assume that the ecological pyramid will:

I'm happy to amend or clarify the question if it's unclear or I've made invalid assumptions. 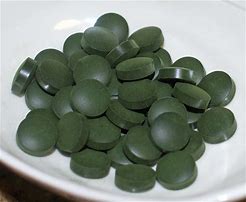 These blue green algae will happily take the ocean over and probably large swaths of the land too. They once ruled the earth and they still do very well. They are nutritious food for man and beast. Once the colonists show up they can harvest huge rafts of the stuff and use it as soil amendments, possibly with a soil starter culture.

It is conceivable that this is all they would need, though probably not all they would want. And it makes for a good fiction - looking out over the gooey green ocean, thinking about a corn tortilla...

Everything else can wait for just before humans arrive. This is the absolute minimum you'll need.

Everything else should be grown in farms as much as possible.

I think you probably can't have a fully-functional and evolved ecosystem of an entire planet in a few hundred years. Sorry. It would likely take that long to build an underlying ecology of microorganisms, assuming they are all evolved to survive the local conditions.

An ecosystem consists of so many moving parts that all need to be fully functional. It's not really sufficient to terraform a small region when you have an entire planet to deal with. What you can have is a widely distributed set of microorganisms (like blue-green algae) that have set the preconditions for an ecosystem. I doubt there would be time to fully establish a functioning oxygen atmosphere (the process requires the free oxygen to react with vast amounts of things like free iron in the environment, a process that took millions of years on Earth).

Given hyper-efficient super organisms, perfect starting conditions, abundant raw organic materials (yes, there were organic materials before life was established on Earth) and a goldilocks planet, I'm going to say you can have an underlying microorganism population primed for more advanced organisms (still pretty simple, mostly plants in the ocean) in MAYBE 1000 years. Stuff has to grow, and even your terraforming ship would need raw materials to grow organisms, then dump them into the environment. There would likely be at least ONE event where some critical organism unexpectedly fails, setting the whole program back and requiring creative substitution.

Your ship will need to be pretty smart, and even then biology isn't like physics. While it does follow chemistry and physics, it's a complex and unstable system of moving parts. To establish a functioning eukaryotic multicellular biome, you'll probably need your colonists to arrive with their squishy brains and extemporize the ecosystems together.

That being said, once you achieve a stable, functioning ocean ecology (involving some fish, sponges and other filter feeders, etc) the problem of adding additional biomes becomes simpler. Once radiation is under control, plants can form the basis of ecologies and spread on the land. In a lot of ways, the whole process needs to recapitulate the evolution of life on Earth. The early plants will need to be simple and self-sufficient, and later you can get fancy, adding insects and other pollinating organisms, seed carriers, etc.

If you want to establish an ecosystem in domes, the problem becomes simpler. These could be the 'seeds' for later biomes on the surface. I would study the attempts to have self-sustaining biospheres in buildings that have been made. So far, they've all failed. That doesn't mean they won't eventually succeed, but it just proves the process is a lot more complicated than we'd like it to be.

There are a bunch of things that need to happen to have modern life happy on a planet, like the oxygen apocalypse. This happening "naturally" will take a long time.

Have your terraforming ship land robots that build huge solar power arrays, that in turn release massive amounts of oxygen into the atmosphere. It can convert CO2, H2O or even Oxygen trapped in Iron or similar materials into free oxygen.

You'll probably end up covering much of the planet in solar panels along the way, and it will still take a long long time. But your machines will be happy with a toxic-to-modern-life environment.

As you do this, start growing life forms that can survive in the low-oxygen environment and help the atmosphere along. Any kind of photosynthesis will do. You'll want machines able to "print" various kinds of microbes and widely seed them to speed this process up, and libraries of such microbes you use in each phase of the process.

Now, before you start any of this, your ship will have visited the asteroid belt. As an interstellar ship, it is going to be tiny, as energy budgets needed to travel between stars in "reasonable" periods of time are ridiculous. So it finds a broken protoplanet core like Davida and builds the rest of the resources it needs in the vacuum of space.

This process will continue as the planet is seeded. Orbital solar collectors will beam energy down to the planet, reducing the amount of infrastructure you have planet-side. If the planet is short water, missions to the ice zone will land comets on the planet (note this could add millions of years to the time required to terraform; moving planet-scale amounts of water to a planet is a high-energy act).

Or, if you are crazy, you could even drop multiple beanstalks from orbit, allowing for more efficient transport of water to the surface (reduce the time you spend boiling entire planet's oceans along the way).

The dirt of Earth is the result of many many millions of years of work as well. So mass producing machines that mechanically grind up soil and have internal bioreactors to prepare might be needed.

This process is going to be high energy, turning the planet into a hothouse, as you try to do in a mere 100s of years what usually takes millions. Cooling the planet may require extreme measures; blocking the sun with giant shades would be one step, but also using laser heat-pumps or increasing the radiant surface area of the planet with the beanstalks or more insane mechanisms.

Fortunately, long before you have a habitable planet, you'll be able to manufacture space stations, or bases buried under the surface of a moon (radiation shielding), supplied by stellar orbital asteroid mining.

Humans could arrive (or more realistically, be printed) long before you the planet is done. And in the relatively controlled environment of tunnels under a cold moon, you can gradually create more habitable terrain without having to finish an entire planetary biosphere.

I think you need to make it a two stage process;

This is because you state in your original scenario that 'the planet has not developed any life at all'. And this is key problem because it means there will be little if any free oxygen in the atmosphere and no Oxygen Cycle. Without some form of pre-existing photosynthesis or a similar chemical process releasing oxygen into the atmosphere constantly any free oxygen in the primeval atmosphere will have very early been oxidized and bound into the crust. That being the case.

Step one; An automated probe is sent ahead of the colonists (or perhaps the one that found the planet originally can do this). The probe carries a payload consisting of a wide spectrum of algae species selected and/or engineered for specific sub environments (marine, fresh water, soil/rock, alkaline, volcanic arctic/tropical etc . In short the full range of environments where algae thrives on Earth today. It also carries a range of nitrogen fixing bacteria and simple plants and communal algae for follow up drops.

The probe then seeds the planet, matching 'drop' locations with those species best suited to surviving in that local environment. After that it just sits back and sends back regualr reports on oxygen levels in the atmosphere and later seeds the local regolith with nitrogen fixing bacteria and plants.

Step two; Your scientists/colonists are sent once oxygen levels start to reach something approaching breathable levels and can then start planning/constructing proper biomes using species they bring with them.

How long between Step 1 and Step 2? I have no idea, perhaps an expert could tell you but I suspect it would be surprisingly rapid.

Not the answer you're looking for? Browse other questions tagged fauna food terraforming ecology .

19
How long would it take to terraform a lifeless but somewhat earthlike planet using bacteria, fungus, seeds and eggs?
9
Terraforming for robots
26
Can every animal eat most other animals?
2
Rebuilding Life on Earth from Scratch
15
How to secretly harvest/farm human beings as a primary food supply?
10
How long would it take for an array of introduced alien fauna to form functional ecosystems on a near-future "Dead Earth"?
3
is it possible to terraform a planet made of human excrement into habitable planet?
3
Minor terraforming that allows people, and doesn't inconvenience local flora and fauna
7
Could a terraforming project use a metallic-asteroid-based magnet to protect a planet from the stellar wind?