Quetzalcoatl is the main of the cultures from the center of Mexico, like mexicas, toltecas, teotihuacans and the maya equivalent Kukulkan, known by the popular culture as the feathered flying snake or just feathered snake. https://www.ancient.eu/trans/es/1-12086/quetzalcoatl/ (

My question is how you could have an anatomically accurate Quetzalcoatl (and if possible, one that has the "real" characteristics) but first I need to explain some things:

Codex and sculptures prior to the Spanish colonization shows something more like a mammal face with a mouth filled with teeth, meanwhile snakes, specifically rattlesnakes just have the fangs, have a squared head and face instead of the triangle head of the rattle snakes, frontal eyes position and a differentiation between the nose and the superior mandible. But still having the capacity of open the mouth like a snake for gobble up "preys". Some persons thought that looks more like a feline, like the jaguar. But even of that way could look more like a python than a rattle snake 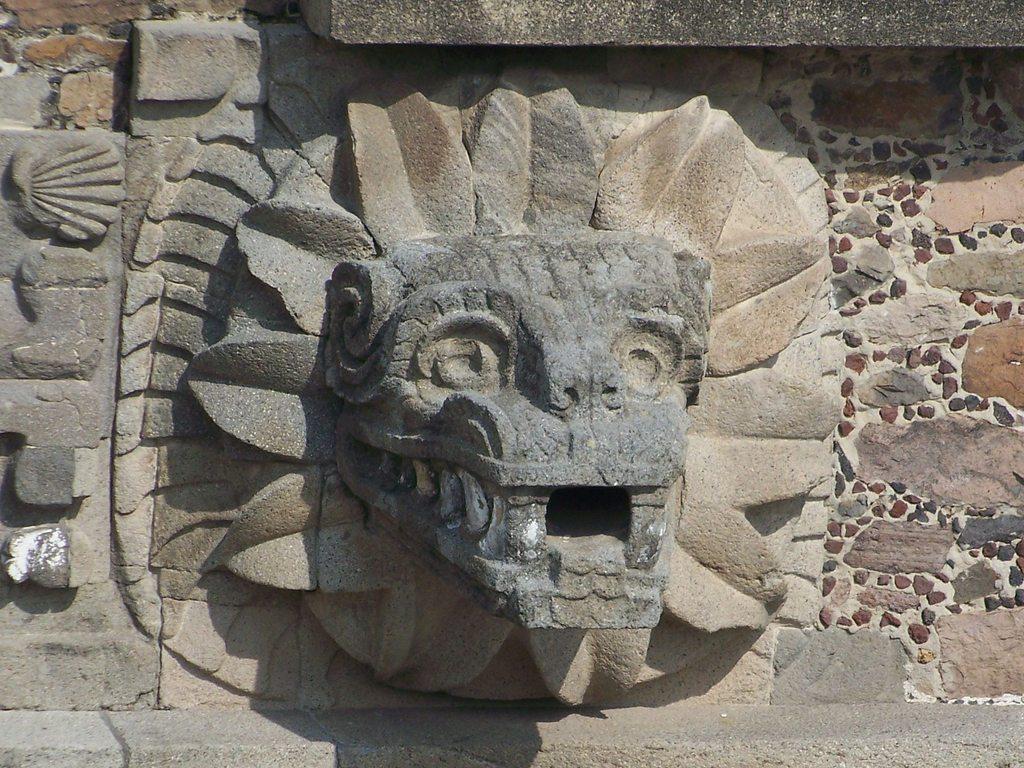 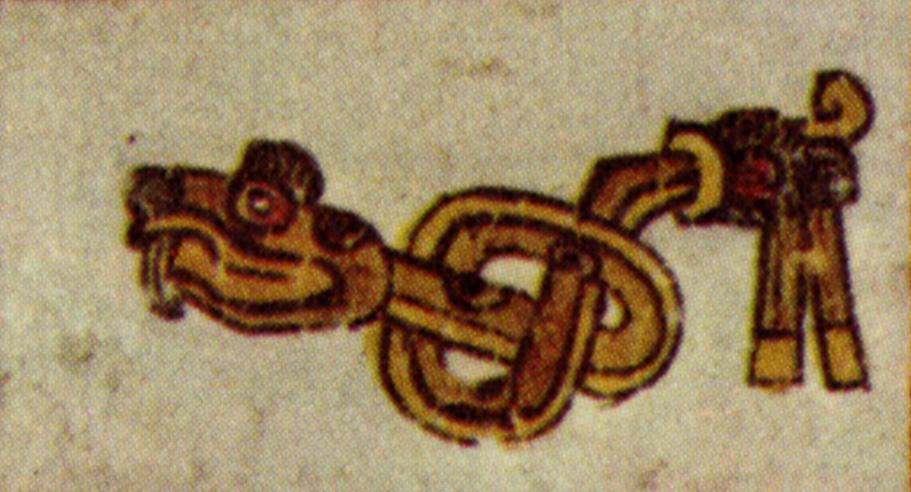 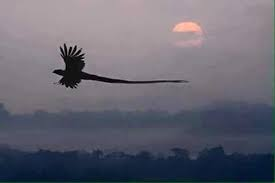 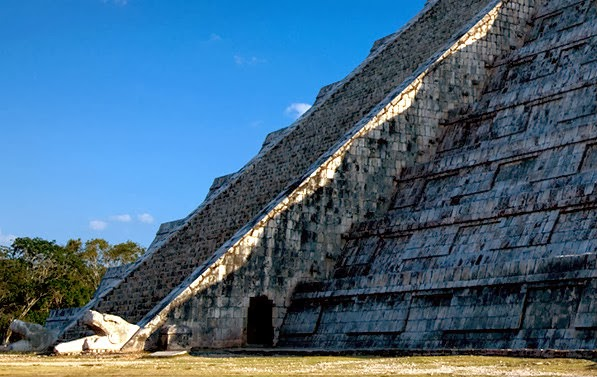 So the passed characterisitcs are necesary for be considered Quetzalcoatl. But we can consider two things more, in myths real stories are exagerated, so of you can imagine a Quetzalcoatl that can fly but its too little is valid, could size from 30 centimeters to a titanic size (titanoboa for example).

But also I currently made my try with this: 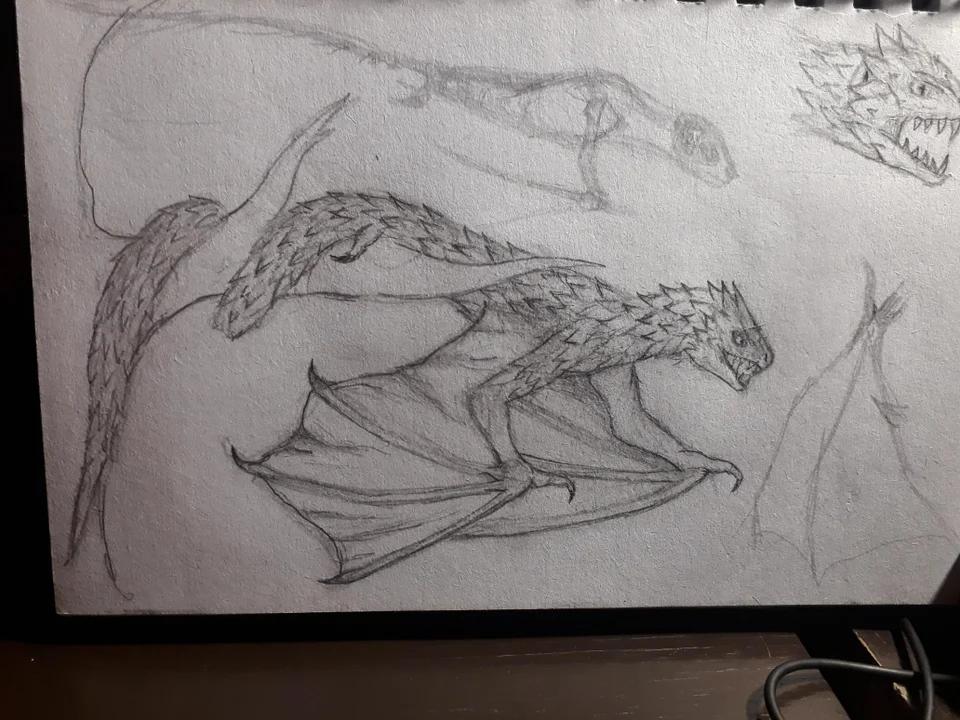 could evolve from one the Northamerican subfamilies of the family anguidae that also still having limbs, like xenosauridae, gerrhontidae or diploglossiade, so this new lizard specie started to losing its posterior limbs in a "semi-convergent evolution", with the other members like the celestus genre or the own asian crystal lizards, but keeping the anterior limbs for climb over the trees for scape for the rattlesnakes that rarely tries to search their preys over the trees.

So, those are the requirements, and these are the optional features:

Please note that my first language is Spanish, so all the links are in Spanish.

(Edit). Thanks to the first answer to this question, I need to say that would be convenient if a creture like this could use its long tail for "fly" (or just something lile fly), if we follow the common path og pterosaurus or birds, its inevitable think that lose or reduce the tail is a constant on flying creatures, and if you want to answer, so, what would evit the lost of the tail? And this is not principally an analysis of my own provided drawing, you can do that, but primary it is just an example of what I'm searching with this question

Maybe this question could be part of Anatomically correct series.

The main problem with your interpretation is that the wings seem to be very far forward of the Centre of Gravity (COG). I'm not too sure of how it effects flight but it would make flight very difficult (and would be unlikely to be selected for). Your Quetzalcoatl would find itself constantly tipping backwards during flight.

Take a look at a plane for example:

The same can be observed in birds: 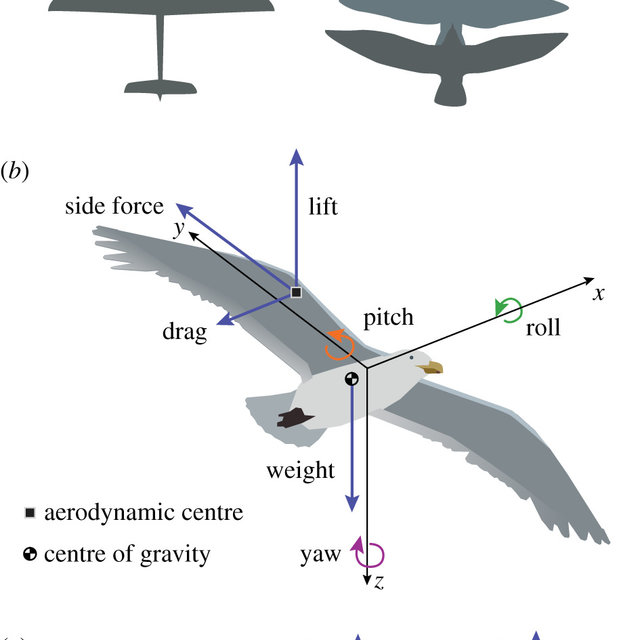 I would expect the wing membrane to attach much further down the body, probably attaching to the vestigal rear limbs (it may increase manouverability too). This is the case for bats and pterosaurs. This prevents the animal from tipping backwards while flying. Since your creature seems quite stocky, I would expect the feathers to be responsible for the outline whilst the actual skeleton and muscle is much smaller and thinner (look at birds without feathers).

Bat wings appear to beneficial for high-frequency, high manouverability flight which may limit your Quetzcoatl to fairly small sizes. A pterosaur-like wing would trade manouverability for size.

The long tail also has no aerodynamic properties. Given the snake-like body plan, I would expect the tail and lower torso to be somewhat flexible to allow for horizontal undulation. They could exhibit the concave structure seen in gliding snakes but this might complicate the flight mechanics some. The more typical solution is to evolve some kind of fluke or rudder-like structure seen in microraptors and dimorphodon or on the heads of other pterosaurs. This structure would aid in aerodynamics would likely result in a more rigid tail. This might result in more of a crawling method of terrestrial locomotion.

A lizard lineage makes sense for a snake-like animal although an archosaur (or basal/close relative of dinosaurs may be a better candidate since it would posses genes much more likely to develop feather-like integument and pneumaticised bones (the latter being very useful to flight). I'm sure these traits could emerge convergently, it just makes it slightly more contrived. A high metabolic rate is associated with powered flight. You didn't seem to specify wether you're looking for powered flight or gliding so I am asuming the former, in which case, the metabolic rate also requires added steps for your lizard ancestor. Lizard lungs are also much more poorly adapted for flight as they compress in sync with their movement, which would not be the case for a winged creature. A dinosaur-like creature would negate this hurdle as well.

All in all your wing attachment points are probably the biggest problem. If quetzalcoatl is a primitive flyer then everything else seems somewhat plausible. It definitely feels too bulky looking at it but that can be explained by feather coverage.

Quetzalcoatl could have evolved from a flying paravis. These creatures may have become fossorial. This could explain the elongated body/tail and lack of legs, with the wings remaining to keep it able to fly. The mammalian face could be caused by it evolving into a carnivoran-like predator, with strong jaws to kill prey. It may also be very large, as its wings may have become the main moving limbs, allowing it to grow large like pterosaurs. This trait may also keep it volant, as it seems that wing-walking fliers rarely become flightless

Not the answer you're looking for? Browse other questions tagged science-based creature-design evolution mythical-creatures anatomically-correct .

7
Can the cobra hood ribs turn to and be used as functional "pseudo-limbs"?
2
How could be useful a long and flexible tail for a living flying mechanism?