How could tentacles as described function out of water? [duplicate]

Ask Question
Asked 1 year, 1 month ago
Active 4 months ago
Viewed 345 times
2
$\begingroup$
This question already has answers here:
Why would a land creature have tentacle-like appendages (4 answers)
Closed 1 year ago.

It is a common sight a lot of speculative terrestrial cephalopods and especially octopuses and not just that also is common see fictional works with creatures or characters with strong tentacles that can carry big objects.

Octopuses have great mobility under water, but all changes on the land as the gravity won't permit that the octopus could support its own weight to rise above the ground and not keep crawling on the ground, tentacles are not strong bones or exoskeletons.

So my principal comparison with the strongest tentacles are the elephant trunks, but even if these both are boneless muscular structures, are very different, for that my doubt is, what kind of adaptation should suffer an octopus to support its own weight with its tentacles? and even more is it possible that these tentacles will be stronger to hold biggest objects?

But now that was the case of the conventional cephalopod tentacles. Letting it aside, maybe a new tentacle-like structure that is not a real octopus tentacle for example a very segmented arm or column that could have the flexibility of a tentacle (something like the Dr. Octopus arms but in a biological way). But what I really I'm searching is something like the next images 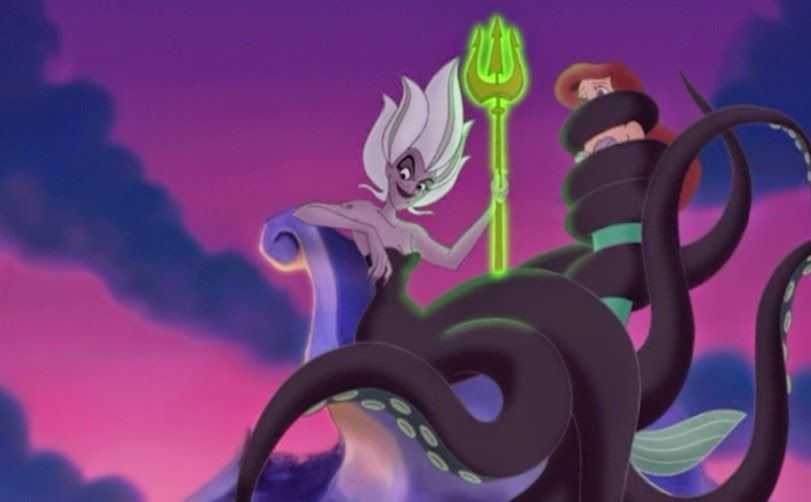 So finally my principal requirements are:

(I've been searching about and asking in other sites and here are the given proposals: Reddit, Worldbuilding.SE, maybe you have other alternatives.)

This will be limited mostly by your creature's body and limb size. There are several examples in nature of tentacle-like structures capable of supporting their own weight out of the water:

Because of the square-cube law, the bigger/heavier this creature is, the more of these appendages will need to be "hard" (bones, exoskeleton) and the less could be "soft" (muscle, joints). At some point evolution will simply favor rigid arms and legs over flexible tentacles. Under Earth gravity, this will be quite below human size, so you'll need to come up with some explanation of why is this an advantage at all, or just magic/handwave it away.

For example, 10kg spider monkeys are capable of hanging their full weight from their tails. A small humanoid at 40kg with at least four tail-like tentacles instead of legs might believably lift its own weight from the floor, assuming a pelvis-like structure with relatively large muscles at the base.

You probably don't need all of these to be fully prehensile, so maybe there can be two kinds of tentacles: stronger semi-rigid "legs" for bearing the load of its own weight, with thicker bones than a monkey's tail, and weaker flexible "arms" which can be fully prehensile, maybe even boneless as an elephant's trunk. Or maybe you can have a combination of both kinds in the same tentacle, with the base being thicker and more rigid and gradually thinning towards the tip, but in this case your creature would probably "step" on a (probably padded) mid-tentacle section and keep the tips up.

Tentacles in the air would need some rigid support. This old stiff/slack rope trick can give you an idea:

Not the answer you're looking for? Browse other questions tagged creature-design evolution humanoid bio-mechanics sea-creatures .

3
Can jellyfish migrate out of water?
11
How could water breathing animals have a warm-blooded level of metabolism?
3
How could a human without bones survive?
5
How large could an aquatic humanoid get?
2
How could "muscular hair" work?
4
How light can a quadruped's legs and relevant muscles be in proportion to their body without losing function?
4
How could a nautilus work together with a man o' war?
1
Could whale-sized creatures propel themselves through the sea by expelling water like a cephalopod?
4
How big can a tentacle be before it can no longer support its own weight?