Inspired by this article, which refers to two other articles. (article 1) (article 2)

These articles suggest that the permittivity of free space ($\epsilon_0$) might be adjustable by changing the density of virtual particles in a volume of space.

I'd like a hard-science (TRL 1) sanity check of this approach to an FTL engine: 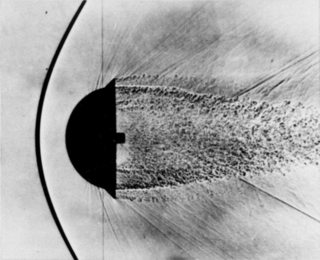 Does this approach work?

As others pointed out, the premise to your FTL engine arises from a misunderstanding of the article and under the hard-science constraints would not be feasible. You are correct in that the article is proposing that the permittivity and permeability of free space arise from virtual particles. However, it appear there is a misunderstanding of the meaning and implications of virtual particles.

To formulate a perturbative expansion within quantum field theory, an energy scale (soft over hard) needs to be identified. This places restriction on the energy range over which the theory is applied to ensure a finite number of interactions at each level of the expansion, which is important for convergence. The particles in the interaction are cast as excited states of an underlying fundamental field which allows for the application of perturbation theory (which relies on corrections to a known ground state solution). For a given energy scale, all possible particle interactions needs to be expressible. Symmetries (and their breaking) identify which particles should be taken into account.

The above very simplistic summary is not meant to describe how to do quantum field theory (even a simplistic overview takes a whole book), instead I tried to highlight the most general factors which must be considered when applying the theory, which are relevant to the referenced papers.

So in the papers, the authors consider quantum fluctuations of elementary fermions (the quarks and leptons). This is because a vacuum would represent the "ground state" of quantum field theory. The vacuum speed of photons (speed of light) is linked to the vacuum constants, which in turn are intimately connected to charge symmetry and to the ground state (the vacuum). Thus, the authors employ an elementary model to determine a predicted range of flight time fluctuations if photon propagation is described in terms of interactions via fermion-antifermion virtual pairs. It is important to note that the paradigm for all of this is quantum field theory. In this light, it should be understood that the interactions are effective and not at all to be interpreted as physical. This is explicitly stated in the Leuchs et al. paper, from which I quote: "Indeed, from this picture, the vacuum can be understood as an effective medium". This does not mean that we throw away our physics textbooks and rewrite them with references to the "luminiferous aether" and delete any reference to the vacuum of space. Instead, this would represent another phenomena which can be explained in terms of quantum field theory.

Quantum field theory, at its heart, is a mathematical description. We use terms like virtual particle interactions, but note, the theory implies an infinite number of degrees of freedom (something which is quite obviously not physical nor intended to be viewed as such). The focus on quantum field theory arose historically with the astonishing success of quantum electrodynamics. The theory has also been applied successfully (though not nearly with the same degree of accuracy) to nuclear forces. In a sense, quantum field theory is ab initio (it relies on the most fundamental symmetries and interactions). Yet, the names we apply to the mathematical entities which compose quantum field theory should not be viewed as physical. After all, the theory relies on a solution which arises as an approximative correction. In other words, we do not think of all square waves as actually being composed of an infinite summation of sine and cosine waves in light of Fourier series.

To help with the analogy vs. the physical, consider other mathematical artifacts which are employed in quantum mechanics, the wavefunction for instance. The wavefunction yields the probability of various observables for a given quantum state, and is a fundamental component of quantum theory. However, we do not think of the world as existing as an endless superposition of all possibilities. Another phenomena is quantum tunneling, yet we don't think that particles physically "drill through" non-physical potentials. These are just phenomena which have relatable analogies.

A theory or model should only be applied where applicable and application of quantum field theory must come with justification based upon the energy scale and symmetries involved. Lets go through your FTL drive point by point:

A Higgs boson has a mass-energy of 125 GeV! For comparison, the chiral symmetry breaking scale is on the order of 1 GeV; that is to say the hadrons in the emitter would have been disintegrated long before a Higgs boson is produced.

The virtual particles at play here are going to arise from whatever interactions are taking place during the creation or decay of the Higgs particle; they are not going to be the same as the ones described in the paper because the energy scale is very different. Recall the paper describes a vacuum and this situation is most certainly not approximated by a vacuum due to the degrees of freedom present.

Also, what is meant by "Higgs fluctuations reduce the coupling between charge and mass"? Higgs bosons are very massive and have no charge.

Particle Kinetic energy is not typically described with the classical relationship of velocity, instead it is described through momenta. This situation is complicated by the fact that virtual particles do not obey the dispersion relationship.

Also, I'm not sure what is meant by this in connection with either the paper, the Higgs Boson or the Higgs field. As concerns the paper, photons are already massless, so I'm not sure how having a massless ship would remedy the situation. Virtual particles do not have mass in the same way as particles (see the comment in the paragraph above). As concerns the Higgs boson, they would not create a massless field that I'm aware of from the theory (I could not find any scientific paper which references "unmassing" or "demassing", or any reference thereto outside of pop or fringe publications). The Higgs boson appears due to symmetry breaking, for analogy see the pion triplet. The pion is the mediator of the nuclear force on the nuclear energy scale, their existence does not make the nuclear force disappear but rather they become the mediators of the force. My understanding is that the Higgs bosons would do the same for the Higgs field by analogy (both are Goldstone bosons) at the appropriate energy scale. The existence of the Higgs boson is significant in that it confirmed portions of the Higgs field theory, not because it can be used to zap particles into a massless state.

The article in question describes a vacuum calculation. The presence of super massive particles like the Higgs boson already renders the basic assumptions invalid.

What field and how does it remain "ahead and around the ship"? From the previous reference to a "Higgs-illuminated volume" it would appear that the Higgs field is being misunderstood. The "Higgs field" refers to an algebraic symmetry which mathematically describes the Higgs mechanism and not to a visible R3 space field.

There seems to be a lot of conflating of concepts here. Trish does an excellent job of summarizing the causality issue which would arise. It seems to me like frame-dragging is also being referenced. Unfortunately, the physics doesn't make sense at all. Consider the frame-dragging of "local-space", why would a massless form of particles cause dragging of space-time, which is specifically an effect of mass propagation? Also, as regards causality, since the ship is traveling slower than the speed of light in its own reference frame and faster than the speed of light in all other references frames, there could exist a scenario in which a cause is observed to precede its effect (the very definition of causality violation) [for a quick example consider if you flew your ship in a circle, you'd catch-up to and pass yourself which is absurd paradox, easily resolved with the causality restriction].

Currently, we describe particles by their speed compared to the speed of light using the light-cone:

Ergo, the butterfly can only cause the storm if enough time has elapsed so the particles could interact and cause the storm pattern. Or in other words: Cause and Effect are not instantaneous.

A drive that would force an item to interact with space-like objects - and nothing else is FTL - is prohibited by causality.

Since it is hard-science then answer is no, it is unreal

Not the answer you're looking for? Browse other questions tagged reality-check hard-science faster-than-light .