Designing a sea dragon with boiling water breath as a weapon

My sea dragon is as large as a bottlenose dolphin (it looks like Lapras from Pokemon, but that's not important) but instead of breathing out fire, it has the ability to expel boiling water from its mouth.

Question: How do I explain the sea dragon being able to produce this boiling water?

Your Sea Dragon has an organ that produces moderately concentrated hydrogen peroxide, and stores it in a suitable sac.

When it fires its breath weapon, it simply vomits the hydrogen peroxide out over a catalyst, which causes the H2O2 to decompose into a lot of heat, oxygen and water.

This decomposition jets the breath in a nice directed spout, propelled by the gas released, and self-heated by the decomposition of the H2O2. As a bonus, the breath is very rich in oxygen, so if it hits anything that is already on fire, that fire will bloom enormously despite being wetted by the breath.

But how will it evolve the ability to make, store and manipulate Hydrogen Peroxide like that? Surely no organic creature can do so without magic? 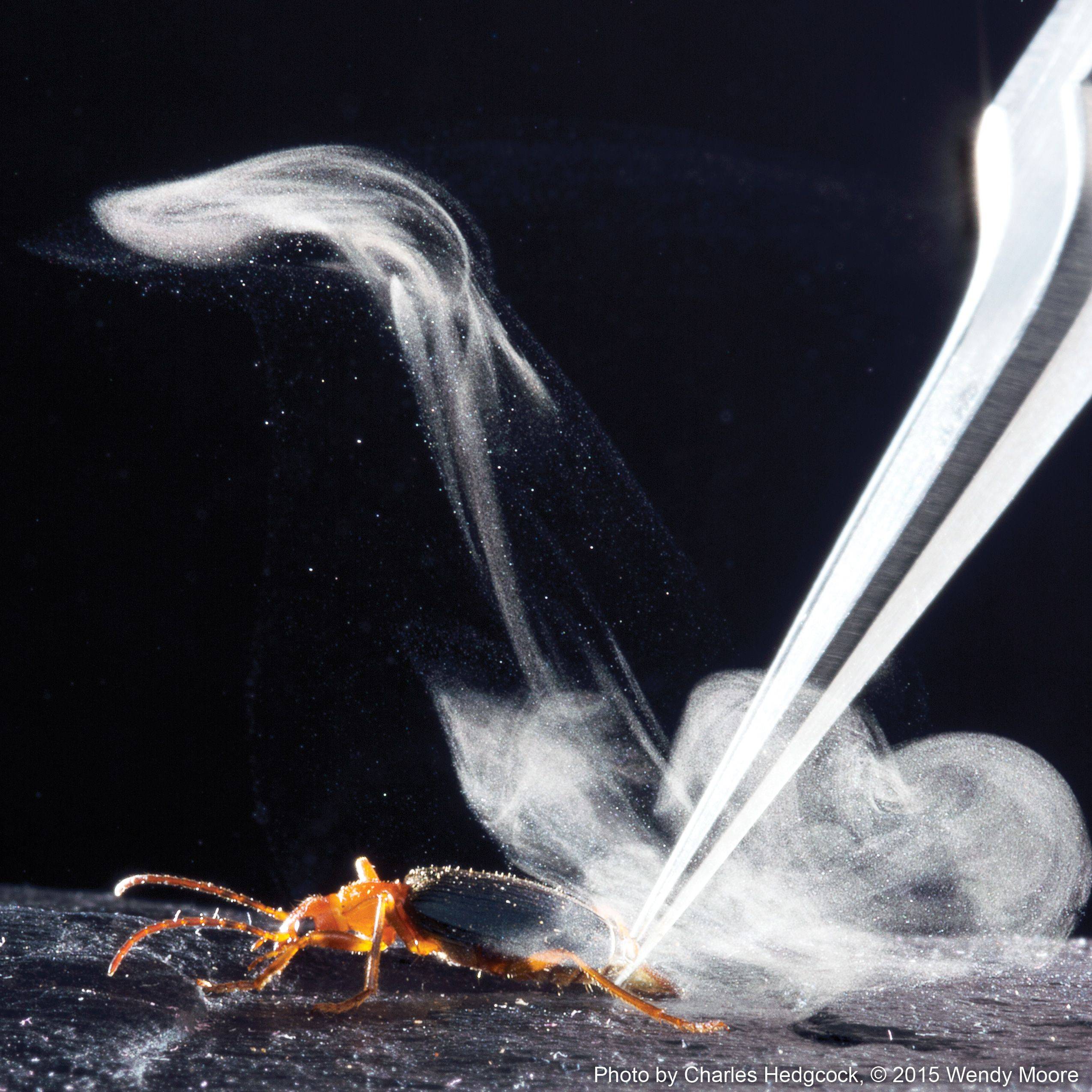 If you doubt it is hot enough, or directional enough, here is an amateur H2O2 rocket motor being tested. Total peroxide being burned is about 400ml, temp is about 450C
Youtube of Gilmour Space Technologies testing H2O2 thruster

The cool thing about Evolution is that as long as there is a single way of doing it, there is a path for Evolution to develop it naturally in an Organism.

So let's get this bread.

I think you could take a similar approach to what many people propose for real Dragons with fire. That is that they mix two Chemicals outside of there body that catch fire. Or in other words a Exotherimc reaction. In the case for Fire Dragons, those Chemicals most of the time cannot just ignite in the Body because of the lack of Oxygen. But for us, that dosnt matter to much. We dont want fire. Just heat.

This problem has two sides. The water and how the Water gets hot.

I guess the easy problem is where the Water is. In the body. Idk be creative.

How do we get the Water hot ? Well, that is a problem. Hot Water tends to get less hot very fast. So my guess is that the Water would get heated inside the Body and released via a Valve.

Why? Well, you know how the Boiling point of water sinks if the Pressure is lowered? Yeah, my guess is that this Animal would have two Chambers. One in which the Hot Water + Vapor can rest. This Chamber would be really well, insulated with a minimal amount of blood since that would carry away heat. The Other chamber would be at a lower Pressure. An Organ Similar to a Lung could push the stuff from Chamber A to B.

Now with the smaller Pressure in the one Chamber, we can get away with a less crazy reaction. My guess would be some sort of strong Acid. The Water could easily be saturated with the Acid and Acids have this nice property where they are really shitty at destroying certain Materials. These Materials also tend to be on the stronger side which would help lower the Pressure even more.

Nice. The current Animal has a two Chamber system which uses Acid to heat the Water and stores the stuff in a seperate Chamber.

In theory, this already works. Although the Hot Water would also be very saturated with Strong Acid. Which i guess is not a problem considering when this would be used. And again, Acid is really bad if you are not shielded from it but look at our Body. The Acid in our Bodies is not some weak stuff. Yet we are here just chilling.

Since my English tends to be a bit confusing, here is everything in a TLDR:

The Acid Chamber is deep inside the Body and has a lot or Small Openings around it. These on the one side suck Gases out but can also push Water and Acid in. The Acid Chamber is at a very low Pressure so less Acid has to be used.

A Lung like Organ (Maybe with a Tree like System) takes out the Hot Water, Vapor and Acid and pushes it into the Storage Chamber. This Chamber is keept hot by being Isolated like hell. No Blood flows on the Walls. Its just very good at keeping Heat in. This Chamber operates at a higher Pressure. Maybe many times higher than the outside one. A Simple Valve can be used to release the Mixture quiet fast.

If you dont want Acid in your Water, just change it for some other less deadly chemical. Works the same.

Now this is only one Path Evolution could arrive at. But it is cool :D

The first example that jumps to mind is a flameless ration heater (FRH). https://en.wikipedia.org/wiki/Flameless_ration_heater

They use a reaction between powdered magnesium and water to heat the water to boiling. I can imagine the diet of your creature could consist of a high amount of magnesium (fish), and it could also have an organ that collects and stores it for the purpose of heating water to boiling temperatures.

Your dragon has metabolism so active, that in order to not cook itself alive it is forced to resort to water cooling its innards. Usually the water gets expelled via some other mean or orifice, but in times of need your dragon can redirect it to the mouth to use as an attack. Having your dragon be bigger than a dolphin cna make this justification more plausible, since bigger creatures have bigger problems with keeping cool if the metabolism is fast, due to the square cube law making it harder and harder to cool off by the skin surface heat exchange alone.

Have you heard of the Pistol Shrimp?

It is only 3-5cm long yet has a big claw that it 'snaps' and basically fires off an air bubble powerful enough to kill a small fish.

Also, fun fact, when the hammer drops and the claw snaps it creates what is called a cavitation bubble, accompanied by a hugely loud noise, then the bubble then reaches speeds of up to 100km/hr, and then, when this cavitation bubble collapses, it can produce heat measured in the thousands of degrees.

Pretty cool, check it out - it may give you some ideas.

chlorine trifluoride, it would make explosions, and possibly burn the heck out of all materials, even glass, which is a fire retardant, has no power against this monster, which explodes in water, but if your dragon protects the fine thread spued out from the water by covering it in some solution which is not easyly washed away, so the chlorine trifluoride has time to be far away from the dragon

1
How could an eusocial dragon species of elemental castes work?

45
How could I scientifically explain ice breath?
4
Anti-Dragon armor, shields and melee weapons
7
How can my dragons use their tongues to control their fire breathing?
6
How hot is my dragon?
5
Acid-spitting dragons
5
How to make dragons move stealthy on radar?
9
Is it plausible for my dragon to shoot fire from its rear?
2
Ice Dragon Breath
4
A Dragon with Ignition abilities