How Would the Mountains Form in This Supercontinent?

Here is a supercontinent map generated randomly from the Donjon website: 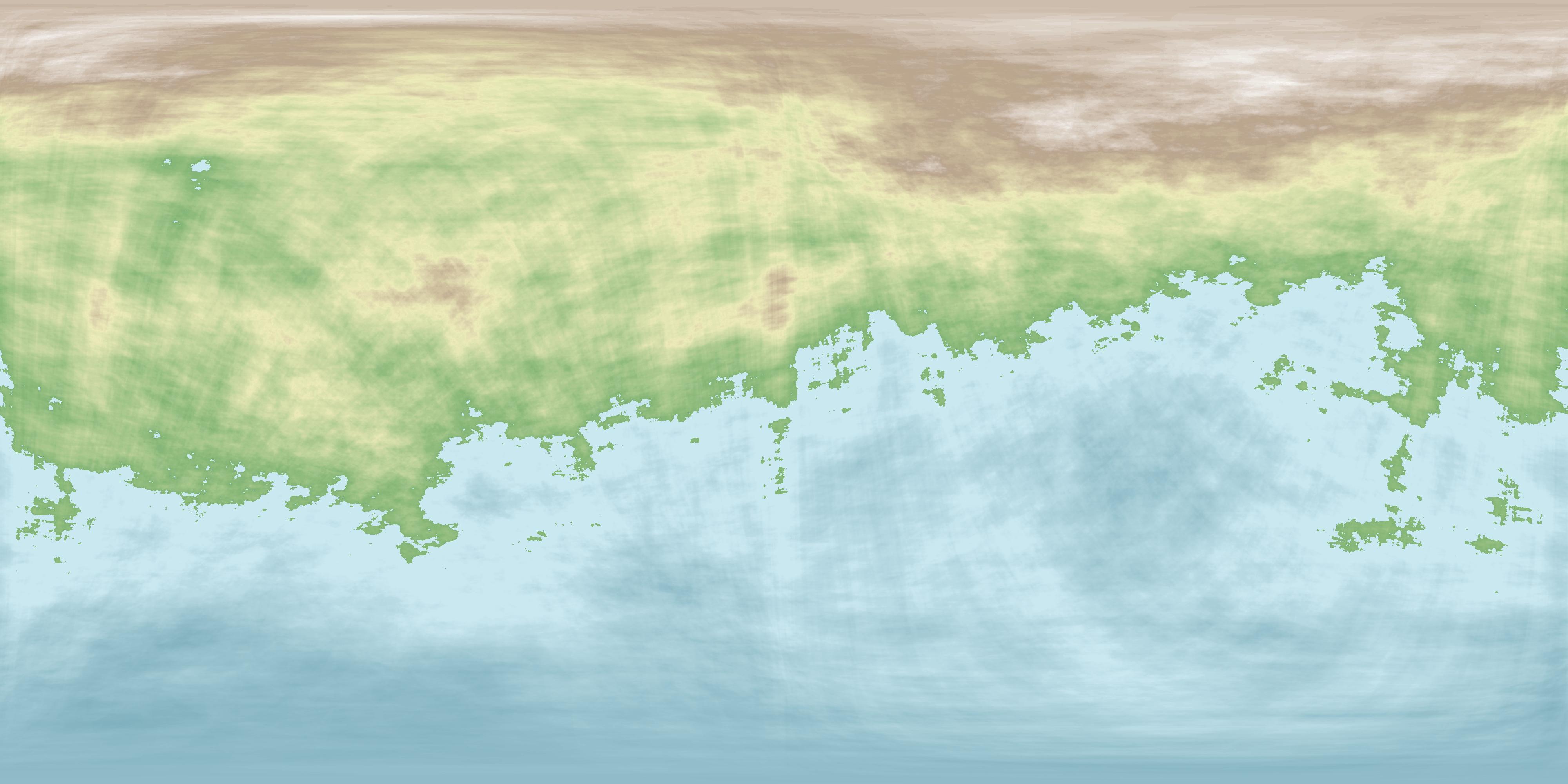 Now, hold on just a minute. Something looks wrong. The mountains in brown and white are too far inland to be caused by subduction, not linear enough to be formed by continent-continent collision and simply way too big to be justified by hot spot eruptions. How else could those mountains form?

Assuming that map is a complete planet, in cylindrical Mercator projection? It seems to be, with the characteristic lateral smudging of textures at the extreme top and bottom.

That smudged-looking mountain range at the top is actually an elevated north pole, with a roughly circular aspect.

It just requires a planet that took a hefty thump early in its life. Like Mars, where the whole North pole region is 6km lower than the South pole region.

Your map is the same, just inverted. North is high, and the lower south is occupied by an ocean.

This is your world on https://www.maptoglobe.com/ByWPZtkcw
Quite a nice looking globe, it is!

The mountains are circumpolar and far inland. I assert the polar ice lies on top of an area of high elevation. This was formed by several continents all colliding together with a central polar continent. The analogous Earthly situation (with just 2 continents colliding) are the Himalayas and the Tibetan plateau.

Continental-continental convergence The Himalayan mountain range dramatically demonstrates one of the most visible and spectacular consequences of plate tectonics. When two continents meet head-on, neither is subducted because the continental rocks are relatively light and, like two colliding icebergs, resist downward motion. Instead, the crust tends to buckle and be pushed upward or sideways. The collision of India into Asia 50 million years ago caused the Indian and Eurasian Plates to crumple up along the collision zone. After the collision, the slow continuous convergence of these two plates over millions of years pushed up the Himalayas and the Tibetan Plateau to their present heights. Most of this growth occurred during the past 10 million years. The Himalayas, towering as high as 8,854 m above sea level, form the highest continental mountains in the world. Moreover, the neighboring Tibetan Plateau, at an average elevation of about 4,600 m, is higher than all the peaks in the Alps except for Mont Blanc and Monte Rosa, and is well above the summits of most mountains in the United States.

One might predict some north-south oriented highlands between where the Indian continent equivalents came up against each other and indeed, those can be found in at least 3 spots on the map. Those north-south linear mountains mark where the continents came together in their journey to the pole.

The polar mountains are volcanic in origin.

This is a structure similar to Olympus Mons on Mars. A Gigantic shield volcano. Lower gravity and/or higher viscosity lava could be responsible for the height. Given the lack of really any features related to plate tectonics, it stands to reason that the planet has another tectonic regime, which allowed the shield volcanic to build up for eons. Maybe Io-like lid tectonics or delamination and upwellings like Venus might have. Both regimes could in theory support a carbon cycle.

Another solution, though it is close to the first would be that we are dealing with a large igneous province. Flood volcanism like the Siberian or Deccan traps can build up basaltic highlands to several kilometers. The Siberian Traps raise the land in the area of current Siberia by 2 to 3 kilometers.

Your question presupposes a single monolithic (pun intented) orogeny when there is absolutely no reason to think this. I propose these mountains would be the result of a long history of distinct mountain-forming events that happen to converge, concertinaing entire continents into the massif and raising them faster than they would have eroded otherwise.

If you ignore the lines radiating from the pole – an artifact of Donjon's engine, which tends to create vertically aligned features – you can see there are linear ridge formations (red) and rather sharp drop offs between the raised polar region and remainder of the supercontinent (black): 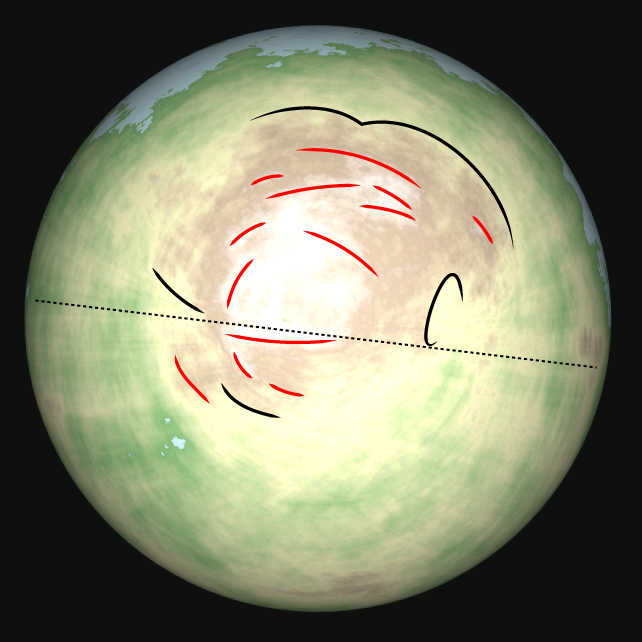 There is also a visible split between the top and bottom halves of the image, demarcated with a dotted line. This suggests the two halves are converging, with the top older (and a product of multiple convergences itself) than the bottom.

I won't speculate on the plate boundaries beyond that, but I suspect if you were to play with the sea level you'd reveal significant basins suggesting where the younger plate boundaries are.

Not the answer you're looking for? Browse other questions tagged science-based geography geology mountains geophysics .

7
What would change if our Earth lacked mountains? (Geology)
20
How to create the eternal storm?
4
How could a mountain range naturally form in a roughly clean, complete shape?
10
How Might I Design Mountains for My Tidally Locked Planet?
6
Are the mountains and rivers on this map okay?
8
Coastal Mountain Ranges--In Which the Mountains are the Coast
2
Realistic placements of Mountains and the like
4
Where else would mountains be on this continent?
10
How to make drooping mountains?