Could this planet's tail be visible?

I have 2 planets, a hot Jupiter with a standard majority Hydrogen/Helium atmosphere (Ab) & an Earth-like planet(Ac) orbiting around an orange dwarf star (A) which is very similar to Epsilon Eridani [https://en.wikipedia.org/wiki/Epsilon_Eridani] with these parameters:

Ac most parameters don't really matter, only that:

So the question really is if the temperature is enough for hydrogen to be blasted out of Ab's atmosphere to create a long comet like tail (and if its temperature would even be 1000 Kelvin to begin with at it's distance from A). And how would this tail appear in the sky of Ac?, would it look like a simple streak or cover the entire sky?, would it be visible during both day and night? what color would it have?, would the large amounts of hydrogen have any affect on Ac's aurora's? 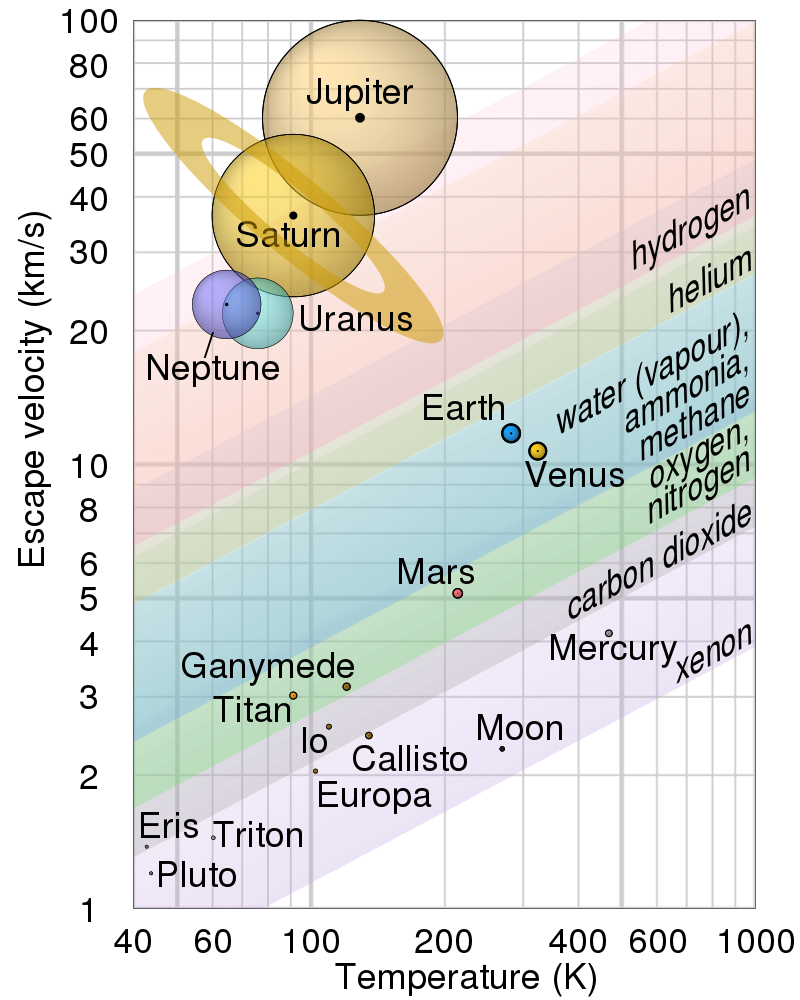 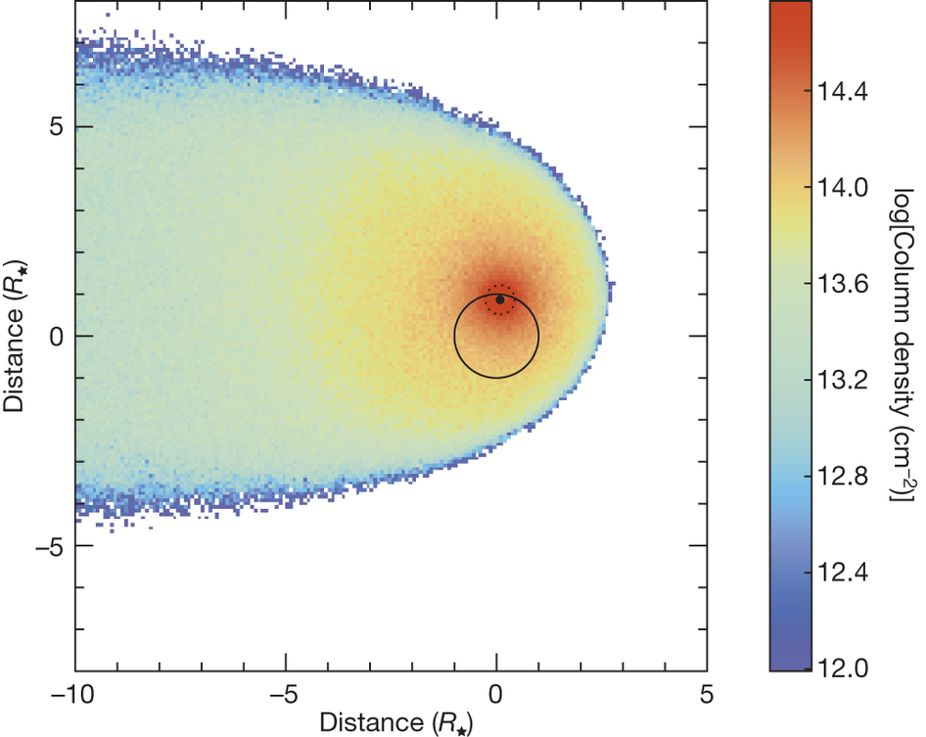 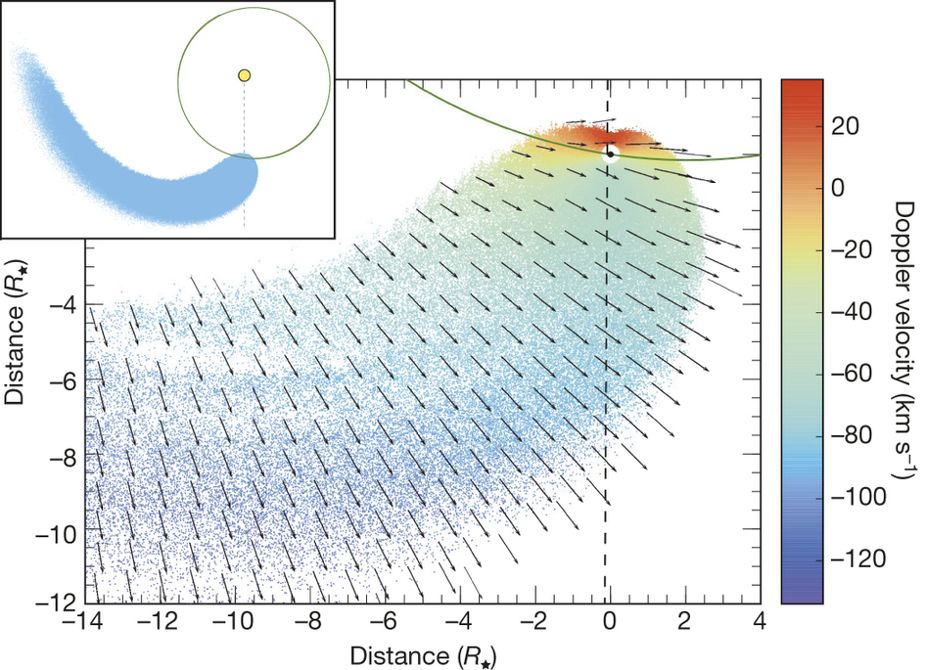 Planets can have tails. But I am skeptical about a gas giant.

Comets have 2 kinds of tails: a tail made of dust left in the wake of the comet, and a tail of ionized gas blown off by the solar wind.

It turns out that Venus (and theoretically also Mars) sometimes have ionized tails caused by the solar wind. See this page on the ESA website.

For Earth, which has a strong magnetic field, the ionosphere is relatively stable under a range of solar wind conditions. By comparison, Venus does not have its own internal magnetic field and relies instead on interactions with the solar wind to shape its ionosphere... New results from Venus Express reveal for the first time the effect of a very low solar wind pressure on the ionosphere of an unmagnetised planet...

As this significantly reduced solar wind hit Venus, Venus Express saw the planet’s ionosphere balloon outwards on the planet’s ‘downwind’ nightside, much like the shape of the ion tail seen streaming from a comet under similar conditions.

I admit I am still unclear about why weaker wind = longer tail. I would think the opposite; explanations welcome.

But here is the problem - the reason this works for Venus and Mars and comets is that none of those bodies have magnetic fields to deflect the solar wind. Earth does, fortunately, and so the solar wind is less able to strip ions away to form the tail. I think any gas giant would also have a magnetic field, because the liquefied gas in the center conducts charge and performs the role that molten metal in the core does on Earth. All 4 of our systems gas giants have magnetic fields. I think maybe that is part of being a gas giant.

Now maybe there are other ways to get a tail. Maybe the magnetic field of the gas giant produces something analogous to the solar wind and strips ions from its moons? Maybe a long trailing aurora (which if I understand it glows for reasons similar to those causing comet ion tails to glow - particles charged by the solar wind). In any case I don't think your gas giant can use the same mechanism as a comet, but that does not mean you should give up on a sweet tail!

9
Exoplanetary Review: Rock Storms
4
Determining this Planet's periods?
3
Feasible star + planet + moon combo? Did I miss anything that makes this system wildly unstable or otherwise impossible?
9
How could a planet's magnetosphere fail?
9
Brown Dwarf Star vs Gas Giant as parent for habitable moon
5
Could a new planets plane be at a different degree as the other planets in our solar system?
5
Under which circumstances could a planet have two visible suns?
8
Orange Suns and Blue Jupiters
5
How realistic is this orange dwarf star?
5
How to calculate the greenhouse effect?