Is it possible for a medieval-style SCA/LARP armor to shatter? If so then how?

I was writing a story where a character wearing armor constructed for SCA / LARP has his armor repeatedly heated (e.g. walk through house on fire) and cooled (e.g. liquid nitrogen spray, a barrel of cold water dumped over head) to the point where it becomes brittle and shatters (when struck with an arrow or hammer or something).

Is there anybody here with experience smiting or using similar armor and who could tell me if this is possible, or if there are any circumstances where like outcome might happen?

Advice and references are much appreciated!

Thank you in advance!

Authentic, high carbon steel armor could shatter if heated red hot and then rapidly quenched, then struck, as this would make it full-hard an untempered. But as said above, the heating process would kill the wearer.

A fair amount of SCA/reenactment/sports armor is plastic. This can break if stuck harder than it was designed to take, if it's old and the plasticizer has evaporated, or if it's cold, which makes it brittle.

Repeated and uncontrolled heat cycles on iron/steel affect its fatigue limit, with fatigue limit being the stress below which a material will not fail for a long period of time, but they will hardly make it more brittle (pun not intended).

A poorly done quenching can also leave residual stresses in the piece, but those would more likely deform it.

If you want to make steel brittle you have to take it at cryogenic temperatures, but those would normally kill who is inside the armor.

Another way to make it brittle would be to add impurities: either carbon, turning it into cast iron, or other elements which are known to embrittle steel, like sulphur, phosphorus, hydrogen.

But adding significant amount of impurities requires times and temperatures which are not usually compatible with keeping a human alive.

LARP armour is sometimes made of plastic! 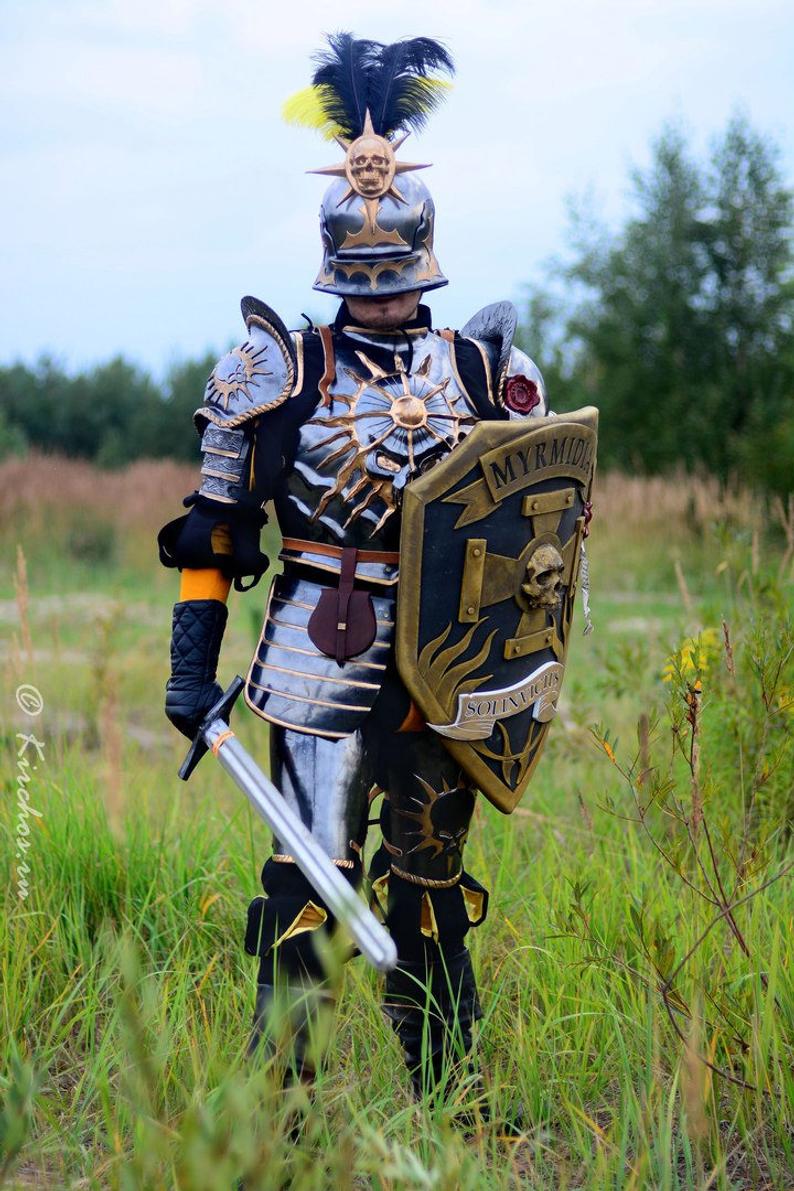 This awesome suit is made of ABS plastic. Hopefully if you are doing LARP (Live Action Role Play) no-one really wants to hurt you. And it is cheaper and lighter to have stuff made of plastic.

Plastic can definitely shatter in the cold, as I learned throwing frisbees in the Minnesota winter. So too plastic LARP armor.

22
How would aluminum work as medieval armor?
12
Modern Body Armor for Medieval Style Weapons
8
Mirrored Armor Possible?
3
Armor For A Giant
16
Armor for wings
4
What's a modern era armor that would be best for a late medieval-style fantasy world?
3
Armor for a pyrokinetic
11
How do I waterproof paper armor?
4
Aircraft aluminum grade 7075 used for body armor in medieval setting