If all life on Earth was exterminated, how long would oxygen remain in the atmosphere?

There are numerous other question on this site about "If oxygen production stopped...?" but all of them appear to still have humans around.

This question is different. In my scenario, we may assume that every single living thing on earth has been exterminated instantly. There is absolutely nothing left alive that either produces or consumes Oxygen using biological processes. We may presume that somehow the processes of life simply stop.

I would presume that there will be all sorts of objects remaining on earth that are not alive that will consume oxygen, such as rusting iron from the multitude of abandoned cars, dried-out deceased organisms and left-over refined fuels combusting and other natural non-biological processes.

While the world in which I am interested is not Earth, it is functionally identical to Earth, so Earth may be assumed to be the planet in question.

The purpose of this is to be able to calculate the approximate percentage of oxygen remaining in the atmosphere at any time between the extinction of all life and the point at which the amount of atmospheric oxygen is negligible (i.e. < 0.5%).

So assuming we're starting with an atmosphere weighing (5E18 kg) of 21% oxygen (1E18 kg), and ending about 0.5% atmosphere (about 2E16) kg), and the oxygen cycle continues functioning minus anything living: 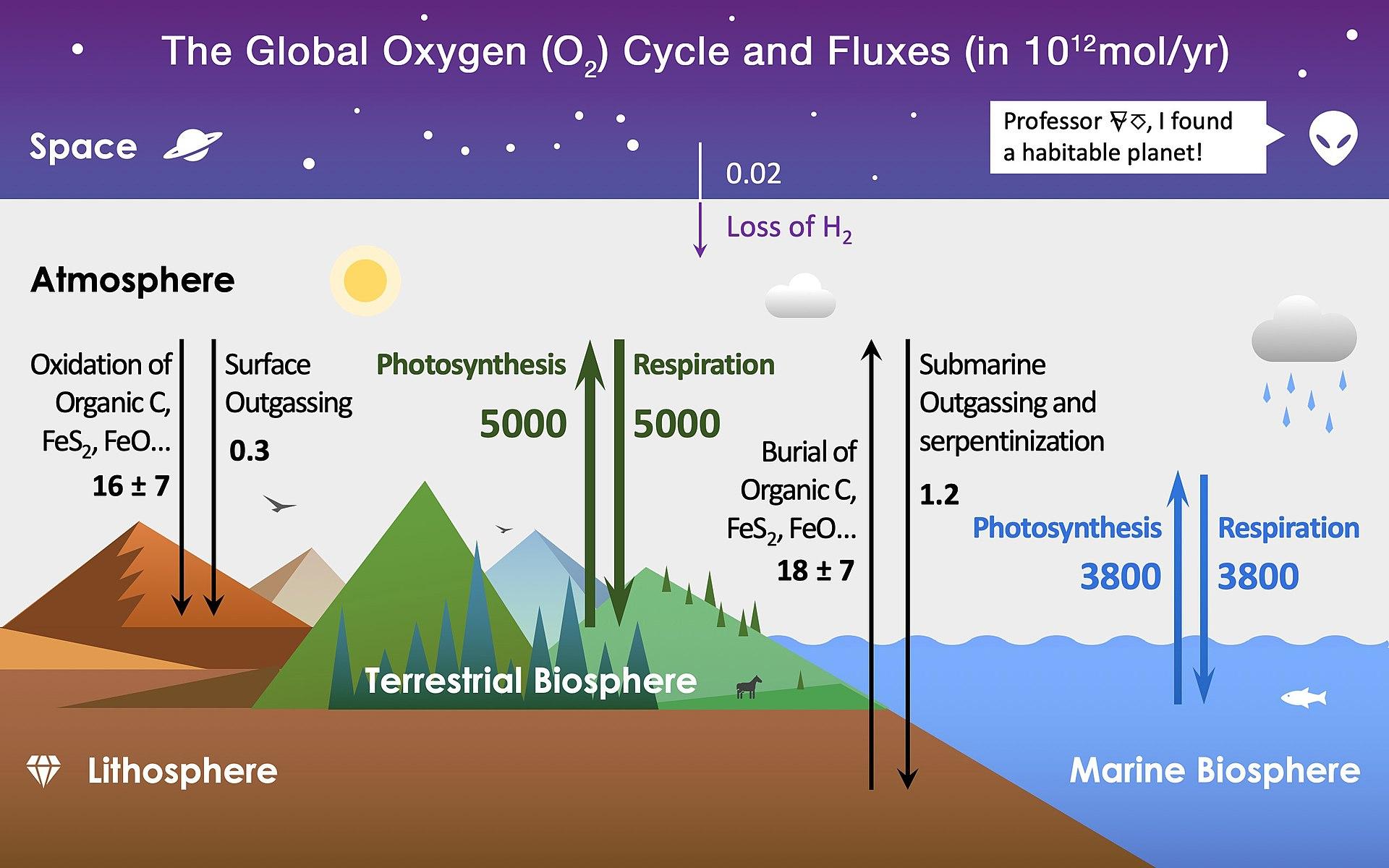 It gets a bit more complicated - as the removed oxygen lowered the air pressure, which slows down the removal of oxygen.

Spreadsheet with the maths

How long would humans or aliens with human environmental requirements be able to live on the dead planet and breathe the air?

According to Habitable Planets For Man Stephen H. Dole, 1964, pages 13-18, humans nead a partial pressure of 60 mmhg to 400 mmgh of oxygen to survive.

So it should take approximately a million years for the concentration of oxygen to become so low that humans acclimitized to high altitude low air pressure environoments would not be able to function well at sea level.

Thus one can write about human space travellers returning to Earth, or time travelers from before all life was exterminated, or alien visitors with similar atmospheric requirements, and they should be able to breathe the air fairly well for about a million years.

This question and the answers are mentioned in my post number 578 at:

This link seems to be broken. But you can go to Trek BBS and select Star Trek - the Original & Animated Series and select Name That Star Trek Object and go to page 29 of that thread and post number 578.

Not the answer you're looking for? Browse other questions tagged science-based post-apocalypse chemistry earth oxygen .

16
What would happen to the Earth if Gravity disappeared?
33
If there are water oceans, must there be oxygen in the atmosphere?
8
What kind of gases in an atmosphere could accelerate oxidation processes?
6
Can enough CO2 be captured, in order to reduce global warming, to reduce oxygen levels to suffocating levels?
59
What could a self-sustaining lunar colony slowly lose that would ultimately prove fatal?
68
Is it possible to kill all life on Earth?