Back story (not essential to the answer)

Humans invade a forested planet and encounter the local intelligent lifeform. These creatures are tiny compared to humans and they see people as huge monsters. They want to drive the monsters away.

The tiny aliens have field artillery that look similar to those of WWII on Earth only much, much smaller.

I shall scale the aliens according to the size of their weapons, but how small can I make the weapons and still be deadly to humans?

If the aliens' field guns were about the size of an average human handgun, then that would be deadly (if the aim was good) but how small of a bore could a handgun (or alien artillery) have and still be deadly?

That's a complicated question. Several cartridge like the .17 have a .17 bullet stuck on the end of what is basically a .22 cartridge, so while the barrel inner diameter is small, the chamber of the weapon has to be large enough to fit a "normal" sized round.

The smallest practical cartridge is probably the 4.25mm Liliput, designed for the Liliput pistol. There have been smaller ones, such as the Swiss mini gun (2.34mm, assembled more like a watch than a firearm), and the 2.77mm Kolibri, which was supposedly made for women to carry in self defense in the 1920s. They were probably better off throwing the pistol at someone than shooting them: essentially you had to aim for the face in order to cause a wound that might hurt.

Size of a pen. 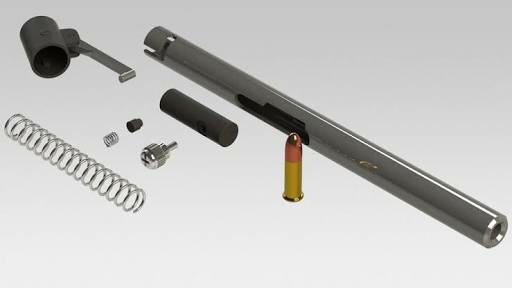 You may be able to go slightly smaller using a weighted needle launched by an tiny Em field, but the overall profile will still be approximately pen shaped.

Recoil, trigger and safety lever size, and ability to hold in hands are critical factors here, any smaller and grips or recoil will be hard to manage.

Small-caliber handguns, these aliens would be effected hugely by recoil of most guns so I have chosen two that could still be effective yet small enough to be used.

The 6mm Flobert round may sound weak (and it is) but when used properly, it can deal enough damage to kill a human or similarly sized animal with no problem at all. Although quite ineffective at long range, this gun could be perfectly concealed and shot by multiple shapes and sizes. 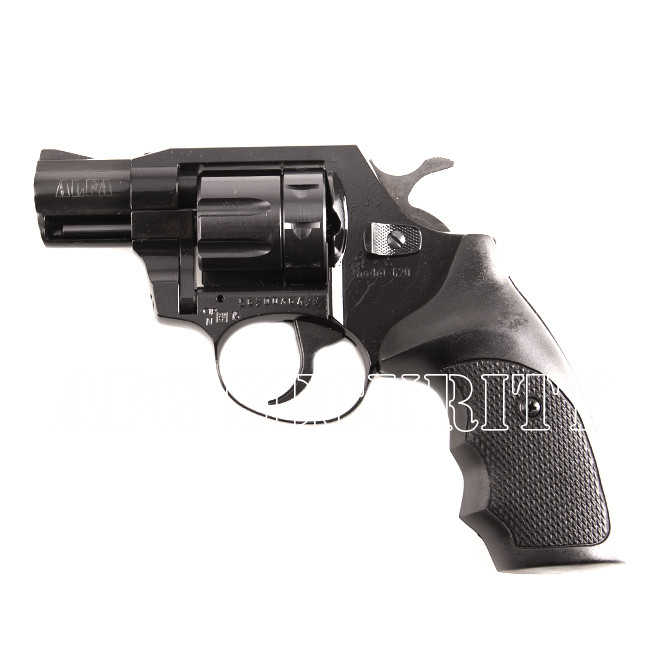 Just in case that last gun wasn't small enough, this 1914 Kolibri could be surprisingly effective against unarmed victims. This tiny 2mm pistol would be absolutely useless at range and would be less effective than a knife but if you insist on using a gun, this could be the perfect option. 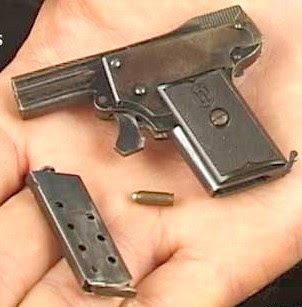 Not the answer you're looking for? Browse other questions tagged warfare weapons aliens or ask your own question.

2
How can people kill considerably death-resistant aliens with everyday objects?
31
Aerial combat: winged humans
3
How to fight against Lion People?
10
Can a firearm stay functional in a hidden cache in a jungle in Vietnam or in Siberia for 700 years?
7
How to make pneumatic weaponry/airguns the main weapons of a miliary force?
5
Recoilless Rifles vs Bazookas against non Mechanical Targets
19
Battlefield Tactics for eleven pixies carrying a machine gun