In a society of bird people, what would the gender roles be, based off of bird society IRL?

In my worldbuilding project, I'm currently thinking about the society of my bird people. I like to put actual science (or "science") into my worldbuilding, and I'm trying to include as much real-life bird biology and sociology as it makes sense to do in an advanced society, but I can't find any good information about gender roles within real-life birds if there are any at all.

The race itself is primarily based upon Toucans, but again, I have yet to find any good information about any gender roles birds may or may not have, Toucans included. Any help is much appreciated! 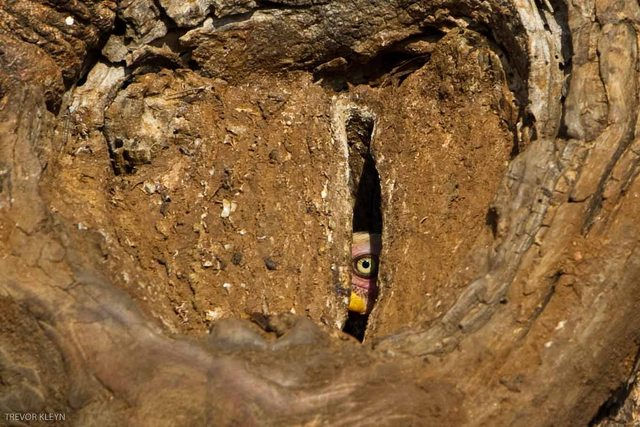 You asked about Toucans not Hornbills. But the birds are similar in habitat and appearance. The Hornbill is the African version of the South/Central American Toucan.

Here is an interesting fact about Hornbill gender roles. They nest and lay their eggs in tree hollows. To prevent predators, some species enclose the female inside with her eggs. They leave only an opening large enough to pass several hundred figs per day, and the male gathers food for his wife and children until they are large enough to fend for themselves.

For Hornbill people this suggests a society where children and mothers are never to be seen in public. Once you have children you are not allowed to leave the house. All contact with the outside world must be done through your husband.

During the last century however the younger generation decided this practice is a massive Hornbillperson-rights violation. It was made illegal and is quickly passing out of fashion.

Mostly in rural parts of the world, some mothers still enclose themselves voluntarily. It is prickly issue whether these women are doing enclosure voluntarily, or whether they are being coerced.

For the most part mothers are allowed to leave the house, provided they do not take their children with them, or act in any way that reveals them self as a mother. 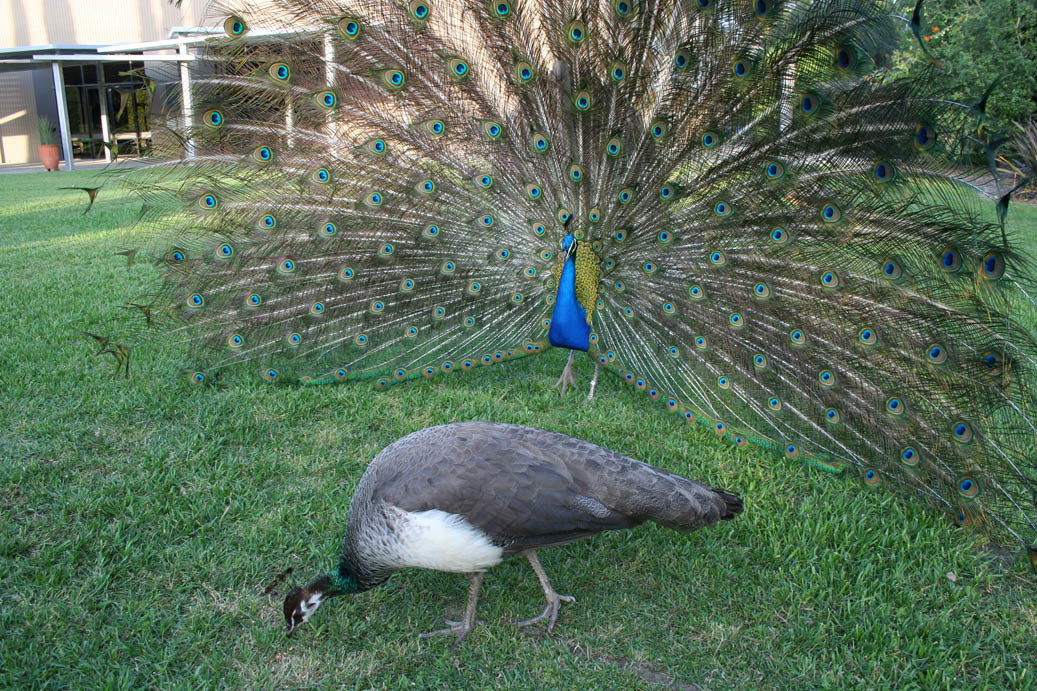 Another type of birds where the males and females are hugely different is peafowl. The males have huge ridiculous tails and the females are much more sensible. The females find these huge tails hot as hell [citation needed] but they make flying difficult and cost a lot of energy to maintain.

For Peafowl people this might leads to a situation where males are seen primarily as sex objects and the women are the breadwinners. Most buildings are only accessible to women and the men cannot even fit inside without damaging their magnificent tails! Can you imagine the shame of it!

The dream of every peafowl CEO is to build a marvelous golden atrium onto the side of her house where she provides for the every need of her harem of magnificent-tailed husbands, who swagger and shake back and forth all day long and wait for the mistress to come home.

Toucans don't show much sexual dimorphism, that's usually a sign that their behavior doesn't differ much by sex, either. Apparently males have longer, thinner beaks on average, that's about the only difference, and owners of pet toucans find it unreliable enough that they usually sex them with blood tests.

From what I could find, courtship involves the male bringing a female a morsel of food, and while courting the two often pass this food back and forth between their beaks, and when the female is convinced, she eats the treat.

They nest in trees, and both parents bring food to chicks. They are monogamous during the mating season, though they may choose different partners next year.

Of course, other species of birds will differ. For example, if you based them off of bower birds, males would all be artists with no involvement in raising their young.

The potential answers vary massively. Bird sexual dimorphism and gender roles are not consistent across the 10,000 extant species, ranging from species where males are more dominant and aggressive than females (e.g., ostriches, ducks) to species that have almost no dimorphism, to species where the females are larger and more muscular than males (most birds of prey) and some where the females keep a harem of males around to look after her offspring (most jacanas). And then you have the acorn woodpecker (Melanerpes formicivorus) that can't make up its dang mind and exhibits monogamy, polyandry, and polygyny all within the same population.

One thing that is relatively wide-spread among birds is that more often than not it is the male who looks after raising the offspring after the female lays the eggs, rather than the female (as we mammals would expect). This is in part because it balances out parental contributions to reproduction, the female wastes resources in creating and gestating the egg, whereas the male spends his resources in caring for the babies after they are laid or hatched (and may be better than the female at protecting the young if he is larger and has larger weapons, e.g. cassowaries). This isn't universal, in some birds both parents care for the young and in one family (Megapodidae) there is no parental care at all, but the majority of birds either have no defined gender roles or the male performs the majority of the care. Funnily enough, it is thought that some dinosaurs may have been the same way, troodontids and dromaeosaurs are thought to have had male-biased or biparental parental care, though oviraptorosaurs seem to have been female-dominated.

There are differences in gender role with regards to mating (birds are, after all, where the "choosy female" dichotomy was first observed), but even there birds can vary wildly from near monomorphic species to ones with extreme sexual dimorphism like peacocks.

Regarding toucans, toucans are more or less monomorphic with regards to gender roles, both sexes are involved in the care and feeding of offspring, even if the female is the one to actually lay the eggs.

Not the answer you're looking for? Browse other questions tagged biology society culture avian .

59
A Bird that Never Touches Ground
5
Creating a fully aquatic bird
8
What would be the most important consequence of decreasing sexual dimorphism in humans?
10
In a species of simultaneous hermaphrodites, would there be any meaningful difference between siblings of the same parents in opposite roles?
19
What would society be like if sex couldn't be told apart until puberty?
4
Secondarily Plantigrade Limbs