Is my idea of Wyverns realistic?

I am an aspiring fantasy writer, and I wanted to include rideable Wyverns in my world. There will be a magic system in my world, but I still want to make them as scientifically possible as I can. Now, believe me, I did my research (or at least as much as somebody without a degree in physics and biology could do) and I know that creating anything that is supposed to fly and be mount is borderline impossible. That's simply too much weight. But maybe that's the part in which readers would suspense their disbelief.

Now onto my notes. So my idea of a Wyvern:

Operate mostly by the reptilian brain, live by instincts, stupider than dogs, rather unfriendly but can be thought respect to their riders. (smaller brain=less weight)

Do you think this concept can work? Do you have any advice or ideas? Would bat wings be better? (I heard that they offer greater agility and maneuverability, but are not really suited for long-lasting travel.) Would two sets of wings, generate more lift?

Quetzalcoatlus reached 250kg with a wingspan of 10.4m. This is your best basis to work from. This paper provides a Relative Failure Force for Quetzalcoatlus' humerus of 1.85 (that is 1.85x it's body mass). This should equate to around 450kg (without accounting for any scaling) as a theoretical biomechanical limit, which allows you a potential payload of around 200kg.

With a total mass of 450kg, the wyvern would have a max aerobic performance of 3N/kg, or about a third of what it needs to sustain flight (9.8N/kg) aerobically. In comparison, an albatross' maximum aerobic performance is ~6.5N/kg although they often use cliffs to launch. Your wyvern would also require more than twice as much energy to launch per kg (at 322 Watts/kg compared to 151 Watts/kg for an albatross) which works out at double the total flight energy requirements of Quetzalcoatlus.

At 450kg, the wing load would equate to 34kg/m2, the maximum for birds is taken to be 25kg/m2. With a payload of 70kg, the wing load becomes a more reliable 24.25kg/m2 which might be plausible. Plugging this back into the original equation gives you a max aerobic performance of 4.3N/kg, which is at the lower end of what is measured for Kori Bustards and is probably pushing the limits of what is achievable on earth. Similarly to what someone else mentioned, if your world is a clone of earth, then like horse-racing, you may need smaller, lighter jockeys to be your dragon riders.

Lift (and drag) increases linearly with air density so doubling the air density would halve the amount of power required to fly, although I'm not sure whether this has an effect on wing loading. This is also small enough to not have a neglibile impact on anything else. This would double the partial pressure of oxygen (as well as other gasses) so respiration will me slightly easier (and potentially humans would exhaust slightly less easily) but it shouldn't produce any health effects.

Alternatively, Decreasing surface gravity by just 20% would give you a launchable total mass of 400kg, or a wing load equivelent to 238N on earth, if you needed heavier mounts. I'm not sure whether the maximum wing load of pterosaurs would be the same as birds since launch using their hindlegs, whereas pterosaurs, launch using their forelimbs. It may be that pterosaurs could launch with higher wing loads than birds although. The wing load of an albatross, Bustard, and Azhdarchid is around 12, 8 and 18 kg/m2 so it seems that pterosaurs were at the upper end of bird capabilities already.

Some of the adaptations you listed would actually impede your creatures flying capabilities. Hydrogen sacks or other gas equivelents would increase drag by a significant amount for a negligible increase in lift. It is also very difficult to store hydrogen due to its reactivity. Flight feathers are also a bad idea as they are a large contributor to bird size limits. Flight feathers must be shed periodically but in doing so, flight capabilities are compromised. Soaring birds often extend their molting periods over 3 years or so instead of the typical annual cycle. Some birds may also shed all their flight feathers at once and be rendered temporarily flightless while they grow back. A membrane wing with pterosaur anatomy negates this limitation. It doesn't mean your dragon can't have feathers, just that they should not have flight feathers like birds. Additionally, a slower metabolism would be a disadvantage. Faster bird metabolisms are linked to their superior flight capabilities over mammals. Hollow (pneumaticised) bones, long necks, carnivory, short tails and quadrupedalism are all already pterosaur adaptations so no changes there. The one exception is that azhdarchid necks are long but very very stiff. In your wyverns, you could just give their necks more flexibility but reducing the length of the vertebrae and increasing the amount of them may help.

Even though these wyverns are larger than you expected, at 2.5m at the shoulder they're a little taller than a horse but if you want them to be shorter whilst still obeying physics, you're going to have to reduce gravity even further or create a super-dense atmosphere that generates enough bouyancy to offset the wing loading. The win is that the azhdarchic base actually works out around 4.5m long. The width shouldn't make too much of a difference since they walk with their wings folded - we also know from pterosaur tracks that they most likely walked with their limbs under their body. The wings are very important so I would not recomend reducing them (or the shoulder height unless you give them a sprawling posture. Azhdarchids had huge but very pneumaticised heads so a more stereotypical dragon head should be fine without effecting the weight distribution too much. The only important factor here is that quetzalcoatlus had very weak jaw muscles so if your dragons are feeding on more robust or volitile prey, the front end-mass will increase with musculature. The flexible neck will likely require more musculature already but looking at bird necks, I don't think this would make much difference. Since your dragons are semi-domesticated, it probably works best (And safer for your riders) if their head musculature is kept to a minimum so no issues there. Fun fact: Snakes actually have next to no neck! They're all torso. If the giraffe-like posture is a no-go, then you could increase the length of the rear legs to bring the spine into a more horizontal position. I assume you may shorten the neck anyway so their posture would adjust to suite.

As for more efficient muscles, lightweight bones, etc. I think it would cause more problems than it solves. I think your creature would do fine already. The problem with flight isn't so much the energy requirements, it seems to be more to do with wing load and the limit to how much weight the actual wing bones can support (and how long they can grow). As well as the biological factors such as molting flight feathers. One last link that may be of interest is this paper on the pteroid bone.

In summary, your wyverns should be fine, if a little bigger than you were expecting - weighing 250kg with a carrying capacity of 70kg on earth, 105kg at 90% gravity and 150kg at 80% gravity. Some of your unique adaptations would be detrimental to its flight capabilities. Whilst your wyvern is feathered, the feathers are not primary flight feathers and would function more like pycnofibres of pterosaurs. It may have some streamlining feathers over the wing membrane to increase the airfoil effect and some feathers may be used to add rounding to the wing tip although the lift would be generated almost exclusively by a wing membrane. 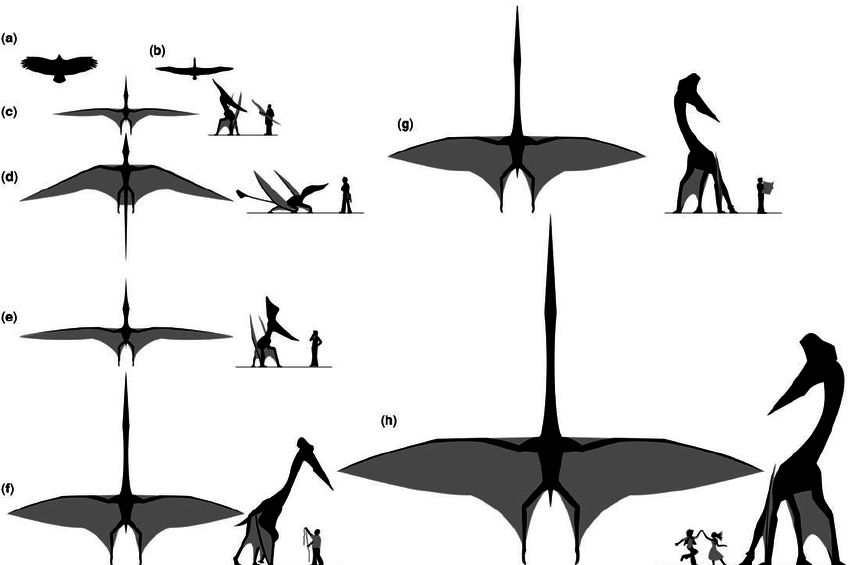 Your wyverns are giant hoatzins. 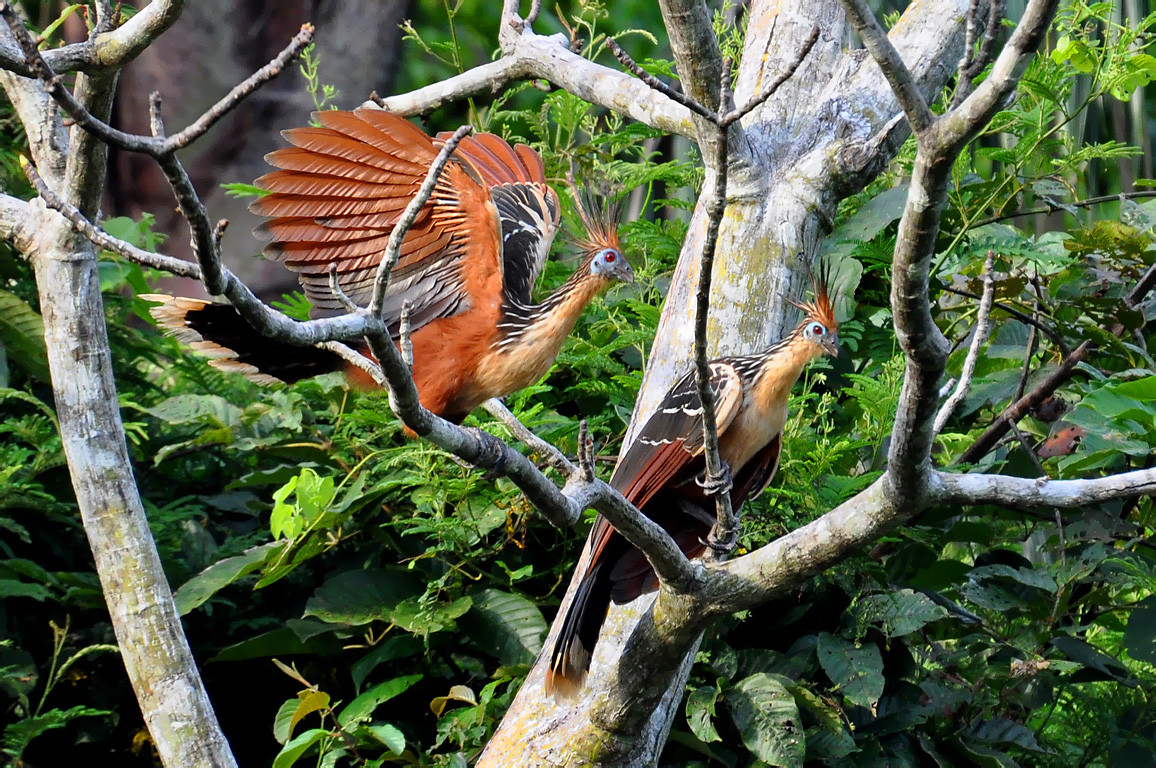 Using a neotenous hoatzin gets past the hardest part of your requirements: a flying quadruped. Hoatzin chicks have claws on their wings and use them with their legs to walk like a lizard.

In a tank of water, the chicks swam by moving both wings together in a pattern resembling the breast stroke. Such simultaneous wing motions are the norm for birds, although most employ them for flying rather than swimming...

The most interesting findings came when the researchers placed chicks on a slope covered with a towel. The bird's progress up the slope was slow and halting, and it sometimes took a couple of tries before the wing-claws succeeded in grabbing the fabric. But the basic pattern was clear: right wing, left foot, left wing, right foot. Hoatzin chicks walk like four-legged animals, using their wings as front legs.

Wyverns are giant hoatzins that have kept their claws.

Another tough one is the hydrogen gas bag. But hoatzins are ruminants and hydrogen production via fermentation is totally legit.

Yeah that's right. Ruminants, like cows. But you want them to eat meat. That is fine. They do, when they can get it. They eat anything. They are bloated colorful flying goats, these wyverns.

Awesome colors - that is hoatzins. Long neck; hoatzins got that.

It is worth noting pterosaurs has fur like feathers, and bat winged dinosaurs did exist so most of this is possible. Both groups are extremely close to what you want (all the features below), fulfilling most of your requirements.

They are covered with colorful feathers.(well protofeathers)

They have hollow bones

Sexual dimorphism: Females are slightly bigger than males and sport

bone crest on the back of the head.

*Yi are bipedal but they are also small, I could see a a return to quadrupedal with extreme sizes.

Note bat like wings give you your smallest possible wingspan, so you may want to stick to that. 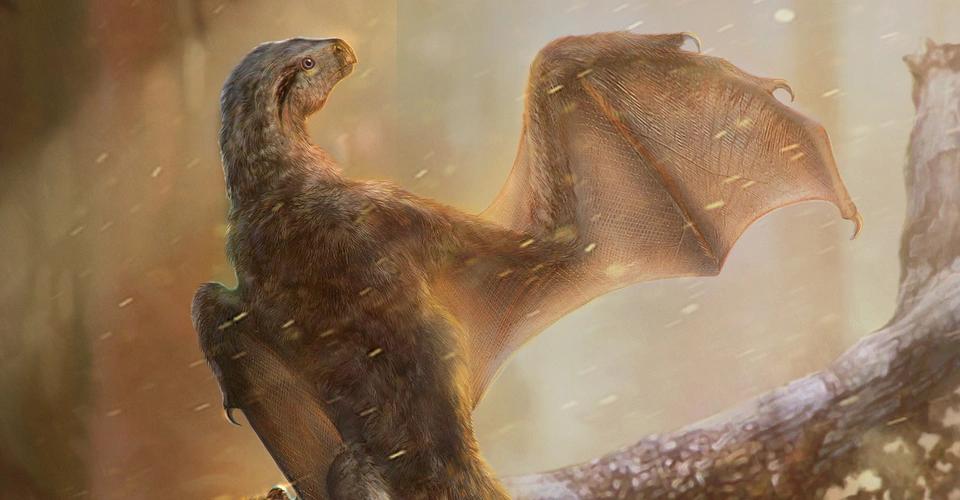 Having flight feathers and wing membranes in the same place would likely make the wing work like a wedge, which doesn't seem aerodynamic. However, if the membrane and flight feathers were in different positions along the wing, there shouldn't be many problems

Not the answer you're looking for? Browse other questions tagged reality-check biology fantasy-races dragons flight .

14
How would a four or five winged creature, such as a microraptor, fly?
10
Keratin wings: would they work?
4
Is this humanoid dragon realistic the way I’ve imagined it?
2
Could my Wyverns exist?
2
How large of a feather "parachute" would these flightless birds need to fall safely?
1
Might this animal be able to fly?
9
How to design the muscular structure of a dragon?
8
If a hawk-person teaches a peacock-person to fly, what kinds of maneuvers will the peacock-person be capable of?
3
Could a creature use reptile scales to fly?