What would an Antarctica without ice look like compared to other continents?

Lets suppose that Antarctica at some point lost most of its ice (due to global warming or some other plausible reason) and now most of its bedrock surface is exposed.

Compared to other continents, how would Antarctica look like? Could the land be cultivated to grow crops? what potential resources could be mined from there? and lastly, would humans be able to develop a sustainable society on there like they have done on other continents?

A 3D map showing the topography of the area was created by NASA and the British Antarctic Survey: 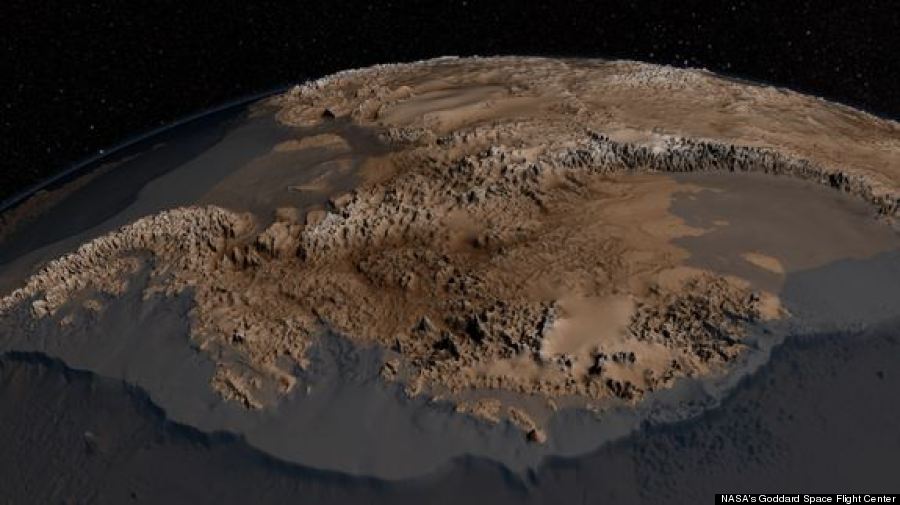 This is what the continent would look like if you instantly removed all the ice and snow. A map indicating elevation in color was created by the same team (from here) : 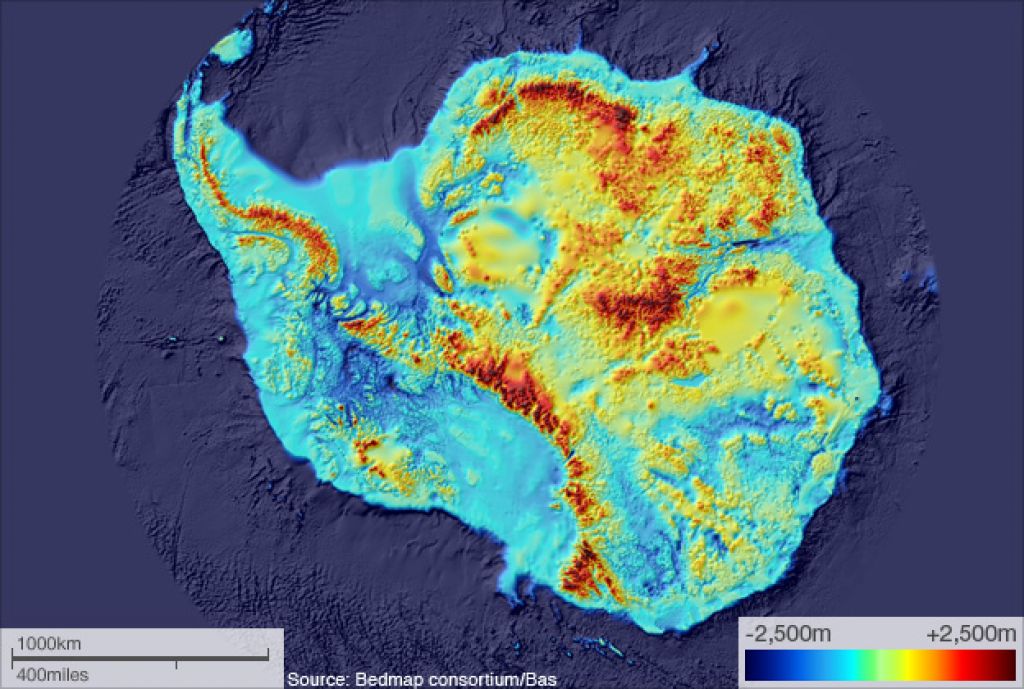 Note that it's far from flat. There are quite a lot of mountains, which would not make any large-scale utilization easy.

This latter picture shows just how and where land would first be flooded if the ice caps melted and the excess water stayed there.

If all the ice melted, the other continents would also change in shape, as National Geographic shows.

I've noticed that it is mostly underwater, shallow seas coving much of the lowlands. It will rebound from the weight of the ice being removed, which made the techtonic plate sink lower into the mantle. But Michigan is doing that today, so it's not something you'll notice any time soon. In tens of thousands of years the land will rise. 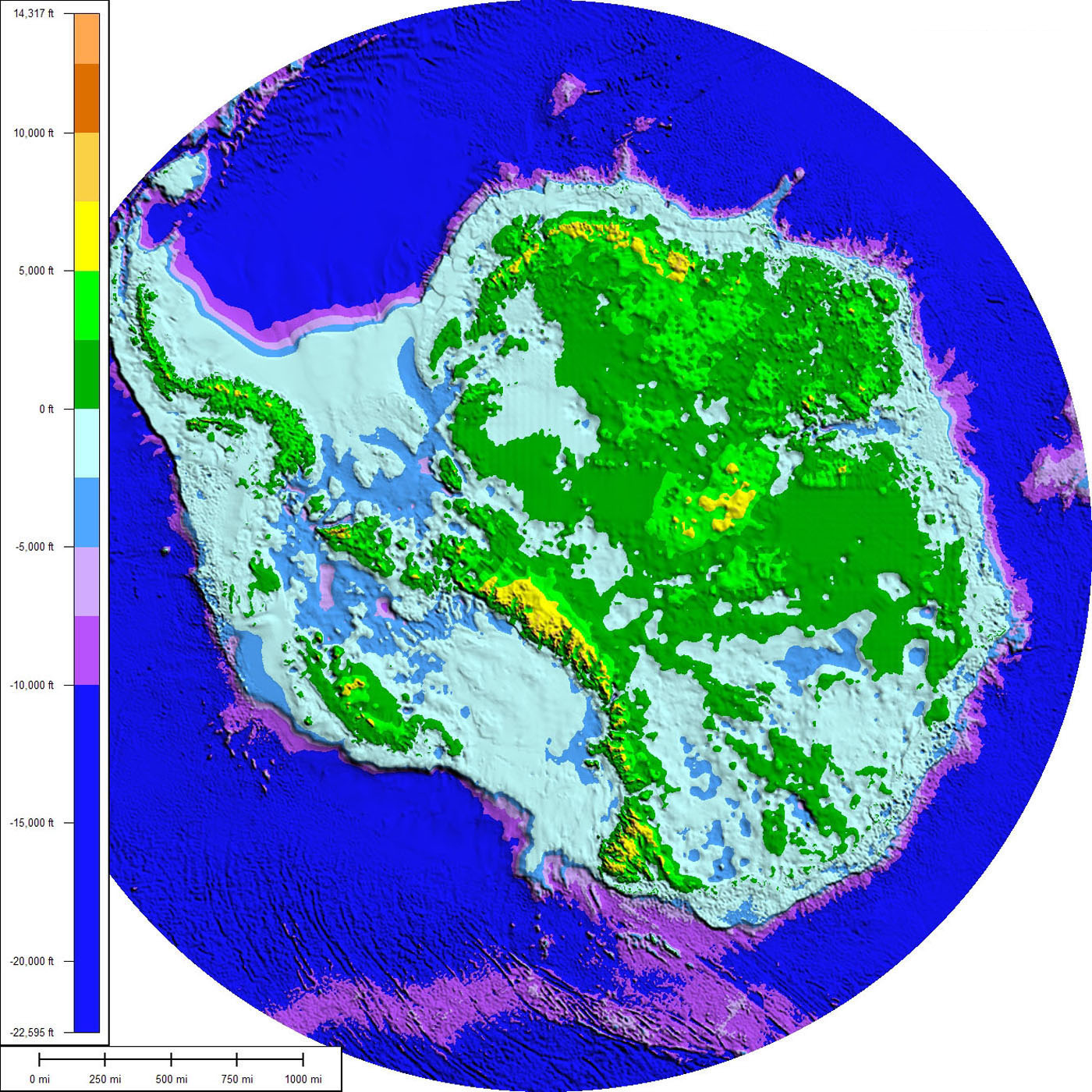 Here is what it looked like before the ice: 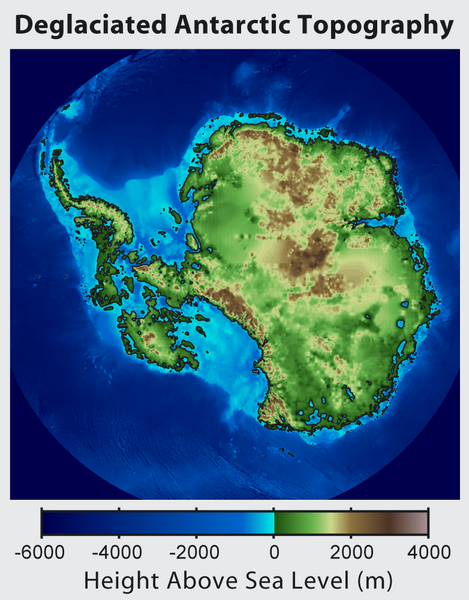 But on that time scale (35 million years) the mountains will erode and new uplifts will take place, so it will be totally different.

You might contrive a way to get more usable land, filling in shallows with sediment or new volcanic activity or something.

As with the maps, the mineral resources are detailed on the Wikipedia page.

If the caps melted it would look like this: 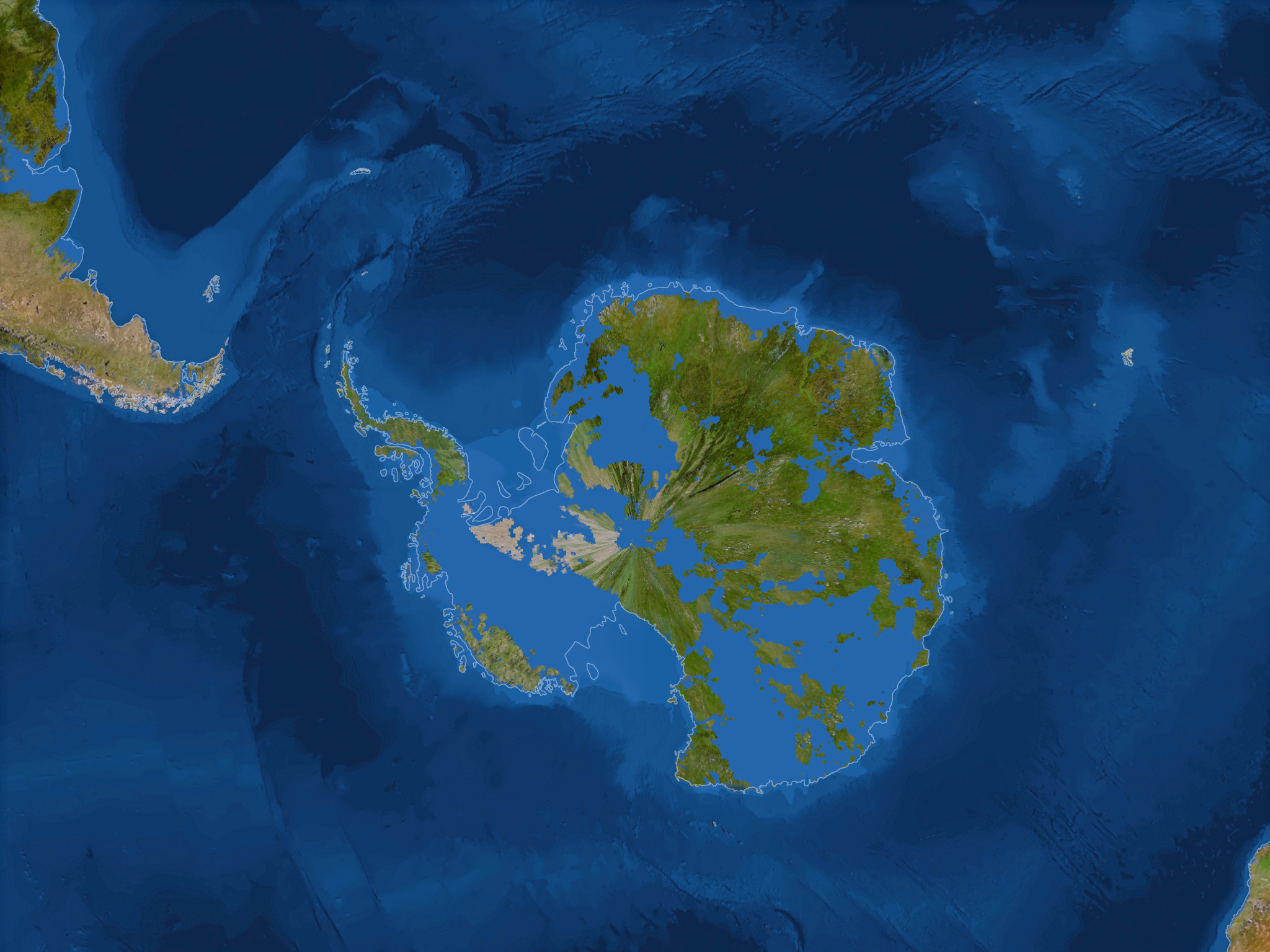 Currently antarctica belongs to no one, officially. But there are several conflicting claims.

The ice would have scoured most if not all of the soil away, so the revealed continent would resemble a huge rocky plain covered in gravel, for the most part. Without intervention, it would also remain like this for millennia as it would take that long for the rocks to weather, lichens and mosses to begin "dissolving" the rocks and soil to develop, allowing for the colonization of the continent by plants, and eventually animals outside of the coastal region. This process will work somewhat faster in the places where volcanoes currently exist, since the volcanic ash and pumice are soft and easily weathered, and also make for a rich base for soil to develop.

The weather will be fairly harsh even without the ice (six month "seasons" of summer sun and winter darkness), and Antarctica gets little precipitation, so will be quite dry and arid.

As for natural resources, there is no reason to expect that minerals, oil and coal might not exist, since Antarctica underwent the same processes as the rest of the Earth, and even spent time in higher latitudes aeons ago, so would have supported life at one point. Prospectors and miners would be living and working in a very tough environment, and the high costs of supporting a large work force with imported food and everything else would make much mining and oil drilling less competitive than stuff mined or pumped closer to the markets of the world. Depending on political and economic events, it might still be worthwhile to exploit Antarctic resources.

Not the answer you're looking for? Browse other questions tagged earth climate-change or ask your own question.