How to build a massive canal system with the aid of limited magic that does not substantially affect anything else?

Previously I have asked about my desert world Skara Could canals solve H G Wells Martians water shortage problems? To recap: For current purposes such a world would have gravity and atmosphere suitable for human life, but would have limited supplies of water most of which would be locked in the ice caps. Each ice cap would be surrounded by a zone with some water but which was too cold for agriculture. North and south of the equator would be a warm but very dry desert zone where it was warm enough for agriculture but without enough water.

Background information: Assume that water was originally more widely distributed, but the planets orbit was disturbed by the passage of a brown dwarf star through or near to its parent star causing a change in its orbit. Although the change in orbit had catastrophic effects, civilization was able to survive, but is faced with the problem that the limited water available is increasingly being frozen out at the poles generating the need to ship water from cold wet regions to warm dry ones on a planetary scale.

I have now decided to base this world in a pre steam technology era, but unfortunately I don’t believe that huge canals (multiple canals 200m x 10m deep running for thousands of miles) would work in this era. One possibility would be to allow magic, but I’m very wary of magic as anything could be possible and it could easily over power the scenario causing unwanted effects.

So how can I arrange for some form of magic to make thousands of miles of big canals possible, whilst preventing it from dominating and distorting the rest of feudal society that lives there? It should still take hundreds of years to build the canals. But I don’t want that much ease to change for example no magical castles easily created in the middle of the desert or easy open pit mining.

Thinking of Mars, perhaps there is a huge network of volcanic lava tubes interconnecting all over. these vast tunnel systems are underground reservoirs of water, which is then pumped from tunnel to tunnel. The ones that slope well are used to move water place to place as needed. You block side channels and holes.

Near the poles, actual volcanoes can be used as heat sources to melt ice and snow, and the water channeled down into a tunnel system where the water goes downward with gravity. Steam pipes are run out to where there is ice and snow and used to melt the ice to water. If you want to be really fun, volcanism can be used to lift the water, which plummets downward to where the rock is burning hot and geothermally is driven up through pipes as steam. This could provide heat and water for cities near the poles, and if you were a little more steampunk, also providing power through steam to cities above. Using condensation chambers to distill steam also solves the potential salinity issue.

Because it's underground, you aren't losing water due to evaporation. It all works like a giant plumbing system of aqueducts, but buried beneath the surface. Construction costs are reduced accordingly.

Huge lava tunnels also make a great story and worldbuilding element. Underground shipping along canals would be practical and away from the burning sun. If you decided to go a little more steampunk, you could have tethered ammonia-filled balloons transporting goods through tunnels like an underground railroad, floating over aqueducts - or actual underground trains in areas near the surface where there is enough collapse to permit air circulation.

This might also push construction increasingly underground. The sunny areas would be for agriculture, while the shaded parts of the tunnels would be cities running up the cliff faces of the tunnels. These areas would concentrate moisture to a more comfortable level in such a dry, arid environment.

A large and extensive system of lava tubes channeling water and powered by volcanos might be a bit fantastical, but it is less so than magic, and since when is fantastical a bad thing in a fantasy story? 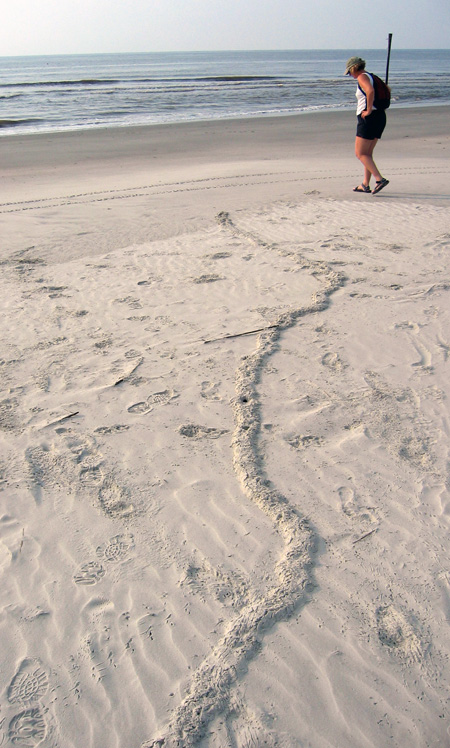 Mars has burrowers. These big creatures make their slow way through the substrate, just below the surface. Maybe they are wormlike, or mole-like. These creatures are large and long lived, and their burrows are substantial, with the sides compacted and hard. They are unroofed (or not) and the sides lined and fortified (or not) and then used as canals.

It is the work of generations, these canals. The burrowers can be repositioned or their trajectory changed with the intervention of humans but it takes decades or even centuries to open up kilometers of burrow.

Not the answer you're looking for? Browse other questions tagged magic science-fiction environment alternate-worlds balancing-magic-systems .

26
What if an Earth-like planet had no axial tilt? (impact on ecosystem)
5
Can Humanity use intentional climate change for good?
12
Single biome (hot) desert planet, possible?
5
How would the weather be affected by a constant miles-wide maelstrom?
18
Can Deserts and Plainslands be geographically close?
3
Could canals solve H G Wells Martians water shortage problems?
6
Can a 25 mile high volcano form naturally on a desiccated desert earth planet?
6
Could a nomadic hunting society survive in a country without wind?
5
How extreme can a habitable tidaly locked world be?
2
What would the climate and ecosystems be like if instead of water, land would be 71% of Earth's surface?