What theoretically workable weapons are the best for ship-to-ship combat in space?

What theoretically workable weapons (they don't necessarily have to exist, they just have to be possible with a little bit of unobtainium) would be the most effective for ship-to-ship combat in space?

The technology level in my universe is roughly Stargate / Honorverse level. Here's what this means:

EDIT: "With a little bit of unobtainium" means "slightly better material sciences", not "do whatever the heck you want". In other words, answers must at least be theoretically plausible. For example: directed energy weapons and (small) antimatter warheads are okay, but de-mat guns aren't.

So I thought about adding this in a comment but it seems like it needs its own answer so here goes.

So to explain this rather oddly named weapon, first we have to talk about shaped charges. A shaped charge is, very broadly speaking, an explosive that is formed in such a way as to direct the explosion in a particular direction instead of a spherical blast. We use these for mining, demolition, and military applications all the time.

So one day, some one asked the question, what if we did a shaped charge, but on a nuke?

See where I’m going with this?

A Casaba howitzer is a nuclear shaped charge, often called a nuclear spear. Why? Because one exploding would look like a massive white hot spear of nuclear fire. This is a fantastic way to direct the massive power of a nuclear device over a long distance without wasting the majority of its energy. So you put this on a missile, it flies out to the edge of the ship’s missile defense system and detonates, sending a torrent of superheated plasma traveling at an appreciable fraction of light speed directly toward the target. Multiply this by, oh let’s say a couple thousand missiles or so.... it’s not exactly a pretty picture for the target ship in question.

Finally, we can do this today, this is absolutely current technology. So if you’re talking far enough future that we have spaceships and shielding, this will be easy technology for your future societies to produce en masse. So imagine swarms of multiple thousands of Casaba howitzers flying at a ship and detonating all at once. To quote Phil Swift.

A single railgun salvo will overwhelm any possible shield. 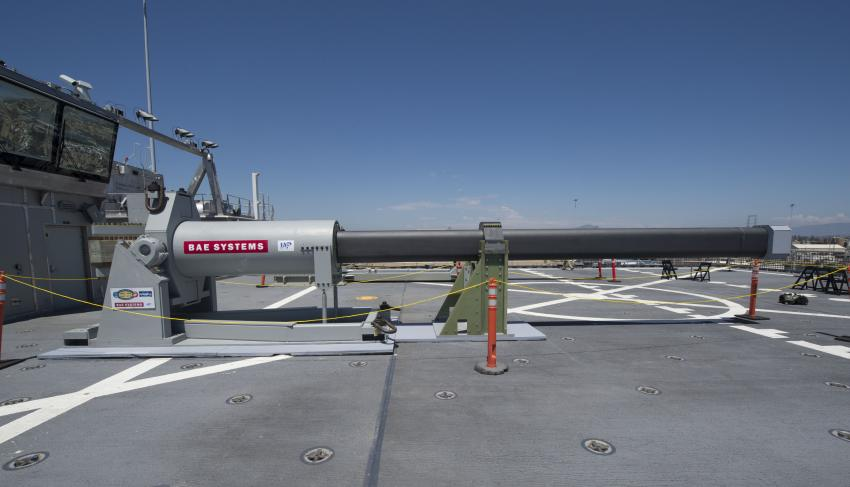 Weapons like these can fire a 1200kg projectile at just under 3km/s. That's 360MJ of energy.

Impacted into a shield, a single hit delivers ~100kwh of energy. Assuming a projectile length of 1m, impact is spread over about 400 microseconds. That's an instantaneous power transfer into your shield's capacitors of 900 GW - Just under the average power consumption for the entire USA.

I'm assuming your shield capacitors is something like this prototype 10,000 Farad SuperCapacitor, these capacitors need low voltage to function. 3 - 4 volts sort of range. This means the connection between your shield and the capacitor has to be able to sustain 300 giga-Amps for half a second. Even if you put 100,000 of them in series (which'd be a considerable percentage of your ships mass), you're still looking at mega amps.

The conductor size required to connect the shield emitter to the capacitor is just extreme. Even superconductors stop being super conductors once they get beyond about 10,000 amps. Lets assume you can get cable resistance down to 10ohm. But that's not the biggest problem, the problem is capacitors take time to charge. 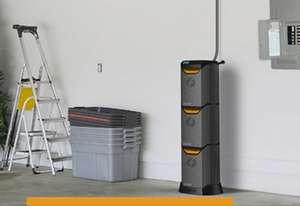 Now lets assume you have a massive ship that you can devote 111,765,360kg just for capacitors, (which is the weight of an Egyptian pyramid). You've successfully absorbed one hit!

Now consider that this railgun can fire at 10rpm - there will probably be several of them firing in a salvo. You can even fine tune the speed of the projectile so multiple can be fired from the same gun at different times and impact at the same time.

I know both have been mentioned and @Ash 's one about the railguns is fairly complete. I think however the missiles shouldn't be iverlooked, so I'll go in debt here.

The missiles can potentially ignore the shields. A nuke can be detonated before the target, generating heat, electronomagnatic waves (including light) and shockwave. Of course, generating this temporary fireball must be closer than you might think with all but the EM. Without a medium to travel through, the shockwave and heat will only move with the material provided by the bomb. This means if the material doesn't pass the shield, you're pretty safe.

However, the EM is dangerous, as the light contains heat that passes through the shields and abother part of the EM is EMP (I know the whole EM range is technically EMP, but it gets the point across). WMP will severely interfere with electronic devices. The bigger the amount of conductive material, the more it can be affected as a charge builds inside. This can obviously be protected against, as even without solar storms our current sattelites require protection from EMP. Protection can still be overwhelmed, which nukes likely do. This way you might even disable ships and leave them open for capture. The light can heat up the surface very rapidly, which can lead to warping of the material as well.

With 2% success a missile will reach a target it might seem not a good option to use nukes. However, in current nuke technology they also use fakes. Especially in ICBMs they put a group of fake nukes with 3 or 4 real ones. Believe it or not, there are all kinds of regulations how many fake nukes can be launched with a real one. Here you might just ignore that. Fire the missile(s), let it break apart in 20-50 fake ones per missile and 3-10 real ones in the mix. Likely nukes have a better chance, as they don't need to get that close. Now just overwhelm the enemies defencive system and detonate a nuke close enough to kill the other ship.

Kinetic energy is just better at delivering energy than any other means while generating less heat on the ship than anything except missiles. Heat is the real killer in space. As a bonus anti-missile defenses are not that effective against dumb kinetic mass. in space you basically have two effective weapons missiles and kinetics (aka mass drivers) lasers don't actually make good weapons. Missiles work because they are the hardest to dodge or counter, you can't predict their path easily. Shrapnel based missiles are surprisingly effective in space, without air shrapnel travels far and fast.

It is harder to hit with kinetics but if you do they are overpoweringly destructive. As a bonus their range is essentially infinite, since a slug will keep traveling in a straight line without loosing energy until it hits something.

Or to put it another way a 2kg lump of mass traveling at 30 miles per second delivers the same destructive energy as a tomahawk missile. At high enough speed (~8o% C) they outperform antimatter weapons. As a bonus several of the problems with hypervelocity weapons just go away in space and the ones you have to solve are ones everything has, AKA heat.

You even have the option of adding rockets to a projectile to make it steerable or with a weak explosive to fragment them just before impact. Both make it nearly impossible to predict and intercept.

Most importantly if your shields still obey the laws of physics they may not actually help against kinetic projectiles, just trade one set of a problems for a completely different and equally bad set of problems.

I suggest the Atomic rockets site for a detailed breakdown of how effective different weapons are in space.

Pencil Beams A paper sponsored by NASA under its Innovative Advanced Concepts Program looked at a combination of a 'cold' coupled laser and particle beam for 'beamed' propulsion. In theory the idea vastly reduces 'spread' by the beam and vastly increases its range so more energy 'hits' the target. The Tough SF blog does a detailed analysis of the device form a weapons perspective and the results are potentially devastating a long range.

According to the Tough SF the result as a weapon would be a beam fired from a ship near earth being able to hit and damage a target on the opposite side of the solar system! The details of his breakdown are in the Feb 19 chapter of the blog.

Nice shield you got. How about I climb through it? And when I get over there I'm going to sit in your chair and read your books!

Your shields are great against meteorites and really good against smaller stuff folks are hucking around. But my ship has got a big point in front. Once it is up against your shield I can push it on thru with my engines. It will make sparks, and probably a lot of weird noises you will hear on your side; it stays quiet over here except for us singing. And then once it is thru the shield, a little bit farther through your hull.

Now don't make that face. This is not Ben Hur! I don't want to rip your ship in half! Your books would fall out into space! No, your ship is pretty nice and your books too, so we are going to march thru the point of our ship and come over there. Once you all figure out who you are working for, we will issue the new uniforms, then back the ram ship out and patch that hole up.

Not the answer you're looking for? Browse other questions tagged science-based space-combat .

-1
Coilgun vs Railgun in Space Vacuum

38
What kind of realistic ranged weapons would be effective in spaceship combat?
14
What are the risks with massive banks of batteries/capacitors?
9
(Somewhat) Realistic force field
4
Space combat for a TBS 4x game game
6
Are laser-stars the better missile carriers in space warfare?
4
Do lightweight blockade-runner transports make single-seat space fighters obsolete?
10
Proper combat distance scaling for a sci-fi space opera tabletop setting
13
How do I justify short-range engagements in space?
1
Missile warheads in space?
1
How to manage nuclear armed missiles in a spaceborne combat environment?