So, to lead, I've been developing a sort of faction that is entirely organically based that is capable of producing things such as advanced infrastructure like city level energy production, complex sewage, water purification networks, and worker drones of sorts. It's all very Cronenberg in aesthetic. What I'm lacking in mostly is a reasonably robust yet fairly shock resistant composite style armor that is scalable in application. At the moment I'm thinking of going with a sort of outer Chitinous layer followed by a layer of fatty tissues and finalized with a dense bone structure in a overlapping pattern. I would love opinions on this approach or if there are other organically produced materials that could be used as armor to deal with sharp impact from traditional ballistic weapons, or flame based weaponry, though I admit the latter will most likely have to be made up for with the robustness of the interior anatomy rather than any protective shell.

Nanocellulose instead of Kevlar

Cellulose is the organic molecule responsible for forming the cell walls of plants giving them their rigidity, but the thing about this molecule that is often overlooked is that plants are mostly made out of other stuff, yet even in small amounts, this molecule is rugged enough to make wood pretty darn tough. Nanocellulose is the term for what you get when you seperate all of the cellulose molecules from the non-cellulose molecules of a plant or alege and form it into a solid crystalline or long polymer chain fiber structure.

Recent research into blue green algae has recently opened up the possibility to simply grow Nanocellulose rather than having to go through the expensive process of manufacturing it from wood pulp. While there are many theoretical uses for Nanocellulose, one of them is body armor. This material is currently being researched by the US military as a possible replacement for kevlar in next generation body armors since it is 8 times as strong as steel and stiffer than kevlar (while still being flexible enough to move in). While this research is still too much in its infancy to make any definitive claims, the added stiffness is expected to help in impact distribution which could make it better than kevlar.

In its crystalline form, it can also be made transparent and more rigid to function as a form of bullet proof glass.

Why not spider silk?

Spider silk is certainly the most often cited response to this sort of question since it has an even higher rupture point than kevlar under impact, but it lacks certain properties that you want in your body armor. The issue with spider silk is that it is much more elastic than kevlar or nanocellulose; so, when it is hit, it stretches more easily allowing the bullet to penetrate into you without actually breaking the armor. When being shot, it is not enough to just stop the bullet, but you need to stop it without it pushing into the space occupied by your body or it will kill you via blunt force trauma anyway. This is why spider silk has to be combined with other man-made materials if you want to make something rated for anything stronger than a low calibre handgun.

Goethite instead of Ceramic Ballistic Plates

Flexible armors just can't reach type IV quality armor because higher calibre rounds can just deform them enough to kill via impact trauma alone. For matching the best armors available today you will want Goethite: the material that makes up limpet teeth. Not only does it have a higher tensile strength than spider silk, but it is also the hardest biological substance in the world. When designing ballistic plates, hardness is the most important factor. While the bullet may shatter goethite, it will in the process distribute the impact to the entire surface behind it. By spreading the force over a larger area of your body, you reduce its ability to shatter bones or rupture organs through your armor.

The armor is composed of many small tough living creatures. 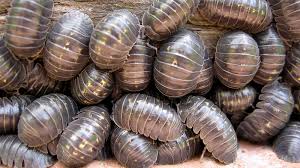 These are robust creatures, like limpets and chitons or barnacles. They are ectoparasites. They are tough, to withstand the scratching of the host creatures and they distribute themselves more or less evenly. If some are dislodged or wounded (for example, by the impact of a weapon), their neighbors will quickly shift to cover the exposed area, gladly consuming their damaged sibling in the process.