How could immunity to a lie detection ability work?

One of my characters has the superhuman ability to detect lies. Essentially, it makes them hypersensitive to changes in the brain, and certain parts of the brain light up when you lie. How can I give another character an “immunity” to this ability? It works through walls, and only works whenever the liar is around them. It doesn’t work over technology.

Essentially your character is a low-level telepath. There are some tried and true ways to fool them

Each of these examples works through walls and at some distance.

Edit in response to comments

A few commenters pointed some other reason Voldemort never mind-controlled Harry after Order of the Phenix. In the climactic final fight between Voldemort, Dumbledore, and Harry, it's Harry's strong emotion that makes Voldemort flee per this answer.

I purposefully left out a certain character name and exact details to prevent spoilers (I'm sure a few people haven't read Harry Potter yet), and because a more generalized answer fits the question.

Your protagonist is detecting what normal people feel when they lie.

However, most people alive today have a condition where they get to deceive even themselves. They believe their own lies. This is called cognitive dissonance:

In the field of psychology, cognitive dissonance occurs when a person holds contradictory beliefs, ideas, or values (...)

For example, I had a coworker who believed, simultaneously, that:

When I asked him about how the aliens managed to stay hidden inside NASA's cinematic studios on Houston for so long, he called me a sheep and unfriended me on Facebook.

I think if that guy was on a lie detector and got asked about both beliefs quoted above, the machine would indicate truth for both because he believed very hard on those things, despite the obvious contradiction.

Back to your character, if he tries to detect lies coming from a deranged mind (think DC comics Joker, or Marvel's Deadpool), he might be unable to tell whether something is a lie.

Which reminds me of a song by Slayer:

Perhaps you could use George Castanza's old method of beating the lie detector. It's not a lie if the teller finds a way to believe it.

So if your character had a sort of self-hypnosis training, or just happens to believe everything he says (like from a brain injury).

/ It doesn’t work over technology./

Your liar only communicates over technology. 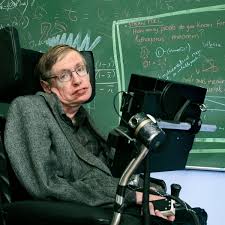 It could be the full rig, like Dr Hawking. Or maybe a person with a laryngectomy who uses a device to turn typing into speech. Or even a phone translator because your liar speaks only Kazakh and uses translation software.

They are always telling a lie.

Other answers have dealt with ways to give a false negative to the test, that is to say a response of "no lie" when a lie is told, or no response at all. However lie detection is equally useless when it gives false positives every time. That is to say the "immune" character always registers as telling a lie. "The sky is blue". Lie. "I exist". Lie. "I can fool your mind-reading". Lie. This does of course leave the question of how they can do that. And for that I suggest an overfocus on nuance not expressed in phrases spoken. The sky may be blue right now, right here, but somewhere else there is a cloud, and sometimes its night. A body exists, but can the self be defined as a meaningful construct? I am not fooling you, you are just misinterpreting my statements. Of course this will require someone with a very weird view of reality, but it is an unusual skill.

Other answers have noted that believing your own lies is one way to defeat lie detection, since the detector (i.e. your telepath) can only sense whether or not you believe what you're saying, not whether it's objectively true. However, deluding yourself in this way may be very hard to pull off if you're trying to lie about something that you deeply believe; and if you can't un-delude yourself after the threat of the lie detector has passed, you might create some serious problems for yourself later on.

So, I offer an alternative.

Create a personality, an alter ego, a character within your mind that truly believes whatever lies you want to slip past the lie detector. Then, when the lie detector arrives, answer their questions not as you normally would, but rather as the character you created would.

If that sounds difficult, well, it may be, and it'll certainly take some practice before you can fool a superhuman lie detector; but I don't believe it's impossible. There are any number of people who play tabletop role playing games (such as Dungeons&Dragons) who speak in first-person as their characters whenever they sit down and pull out their dice. Perhaps you could look to these sorts of people for advice, or even join in their campaigns for practice.

Why no, I'm not Someone Else 37; I am Rhogar Kerrhylon, Dragonborn Sorcerer, and I most definitely did not eat all the steak. *burp*

It works through walls but maybe not through the special metal this other character's skull is made from (or was replaced with after this accident long ago).

Or this character's brain is so full of lies that it saturates your hero's senses and he can't get through the noise to sort out specific truths and lies.

Beat the system by lowering the signal-to-noise ratio.

Your character handles stress extremely poorly. In school, he would be classified as having "test anxiety". He's constantly second-guessing himself. He always wants to have the right answer, but at the same time is terrified that his answer might be wrong or might not be what the other person wants to hear. When you attempt to question a character like this, he will exhibit the same sort of stress reactions for a truthful answer as he will for a lie. Such a subject wouldn't make it past the "control" part of the interview where they ask basic questions like name, etc. to get a baseline measurement. His readings would be so inconsistent that there would be no way to use that data to draw meaningful conclusions.

The Lier is a Child or Physically Disabled

Essentially, it makes them hypersensitive to changes in the brain, and certain parts of the brain light up when you lie.

Your human lie detector works by detecting where in the brain things are lighting up; so, he can only see a lie by seeing things light up in just the right places. However, a child's brain is far less organized into specialized areas than an adult brain; so, if your protagonist were used to reading grownup brains, he would not know where in a child's brain to look for evidence of lying.

Technically though, you could use any brain that just stores things in unusual places. Blindness, deafness, and loss of limb are all known to cause re-organization of brain structures which could cause the familiar pattern of a person lying to look different.

This has the advantage over other methods mentioned so far in that the lier can be aware that they are lying and still get away with it.

The person who's immune doesn't think with their brain.

Due to cosmic voodoo / radioactive ooze / it's just how they are, most of their thought process exists in something else, leaving their brain acting as merely a sort of interface between the thing that does the thinking and the body.

Options for the actual thinky-bits:

Firstly there is how someone takes a question. Lie detection is based off of sudden bursts of nervousness that are supposedly recognizable.

There is some degree of question as to whether all polygraph techs are at all reliable or honest in our government but moving on.

Thinking of something that really really frightens you at the right moment can set the test off by creating spikes in blood pressure, etc but the questioning I would imagine if done by a professional is carefully worded so knowing what time.

Historically also introducing pain via the nervous system by say putting a thumb tack in the shoe and stepping on it is another way.

One might imagine that being incredibly upset and worked up throughout the whole process or calm to the point of psychopathy might be ways.

In traditional lie detection a lie is detected based on a fear of being caught. People's heart will race, they sweat more, etc. out of that fear. If there is no fear then there is not this response. People will not have a traditional detectable response to lie detection if there's an injury that interferes with the brain triggering these detectable responses. Think of someone with a pacemaker, their heart will not race due to a lie because there's a computer regulating heart rate. If this is a matter of a superpower that detects changes inside the brain as opposed to the changes in the body then consider a damage to the brain in those parts that "light up" in the case of a lie.

The solutions mentioned by others certainly work. A person that always lies will not have a baseline on which to detect a lie from the truth. A person that is so convinced of the lie cannot know that they are lying. My solution is a variation on those themes. Someone that has no fear of lying will not have this lie show in their brain activity. Alternatively, if the parts of the brain that show a lie are damaged that they are unable to show a lie in their brain activity.

What it comes down to is that there is a person so emotionless, heartless, cruel, sinister, or powerful that they don't have the capability to show fear from a lie like other people. Others argued for mental/emotional damage from birth or upbringing, I propose the case for a physical injury to cause this. Consider an injury from accident, attack, or even self imposed and intentional damage. The injury could have left the person otherwise functional or required intervention with a kind of "brain pacemaker" that clouds super-powered lie detection like a pacemaker on the heart would with traditional lie detection.

Since the lie-detecting character has super-human sensitivity to fisiological disturbances when a normal human lies, I can imagine 2 good options, that could be a neat background for antagonists:

1 - The liar has superhuman control over their bodies and minds, so they are always cool with whatever situation they are in. They could say they have to go home to feed their winged pink pet-sheep and the only way one could say its a lie would be through common sense;

2 - The liar is capable to enter a zen-like deep-consciousness mode, where they are undisturbed by anything, their thoughts are deep and non-verbal - invisible and inaudible to others. Akin to a blank slate to any viewer.

9
Effects of a warp field based super-speed power
24
In a fantasy world where physical training has no hard limit, why isn't everyone a superhuman?
8
Building an Anti-Supervillain task force
3
Can Superspeed Cause Illusions?
6
How would people in the 1920s-1930s explain or rationalize superpowers?
2
Could it be possible to quantum entangle particles on a mass scale?
13
If the government was after you and you could slap people into next week, how would that change their capture strategies?