How to artificially accelerate biological evolution of species?

My post-apocalyptic world is to be populated by new creatures such as Giant Geckos, Trihorns, and super-strong giant humans.

The setting is a few centuries after World War III takes place, so new species of creatures can't have evolved so quickly.

How can I artificially increase the rate, so evolution of species is extremely fast?

It's called selective breeding, and humans have been doing it about as long as they've had domesticated animals. (And plants too, but you just ask about animals.)

Perhaps the best example is the dog. The ancestral wolf has been selectively bred into hundreds if not thousands of different varieties, ranging in size from Chihuahuas and Pekinese to St. Bernards and Irish Wolfhounds. They've been bred for special abilities: the scent-following of the Bloodhound, the endurance of sled dogs, the herding ability of the Border Collie, and many others.

Dogs are hardly the only example. Just about every domesticated animal has been selectively bred, for example miniature horses, giant draft breeds, thoroughbred race horses... Cows are bred to give large amounts of milk if they're dairy cattle, or to produce lots of meat if they're beef cattle. Darwin bred pigeons as research for his Origin of Species.

Of course, if your world happens to have a surviving genetic engineering lab, you can do this in even less time with more possible variations.

Reusing part of my own answer to another question:

When DNA manipulation techniques were yet to come, and scientists wanted to explore genetic mutation, they had to use something similar to what you depicted. They applied this method to developing new plant variants.

How did it work?

They placed a gamma emitter in the center of a circular field, then planted crops all around. 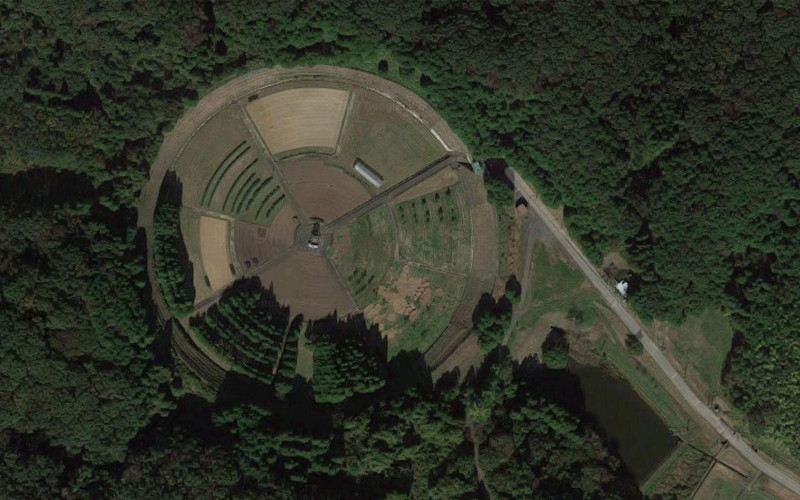 During growth the crops were exposed to different level of gamma radiation, and developed various random mutations. The produced, mutated seeds were then planted on a normal field and the plants tested for useful mutations.

This is how some of the currently most diffused wheat varieties have been developed.

While this can be applied to plants, it's hardly transferrable to animals/humans:

As long as we're reusing answers, my solution to THIS question could apply here. If nanites designed to repair damage (including cancers and other genetic problems) built for other original species (or to recover and recapitulate DNA from prehistoric sources) were poorly engineered, they might start malfunctioning and spilling over into the environment despite safeguards by ignorant inventors who didn't realize the dangers of their newly created products.

Imagine if someone really WAS trying to create a Jurassic Park, and was using the newly invented and very powerful technology of the CRISPR-equivalent in nanites. Some of these things would be designed to insert specific gene sequences. Some might have been mid-construction to try and responsively repair and retro-engineer organisms after birth and then integrate the new DNA into the genome of the offspring.

Now these nanites have their creators die, but they are still carrying out their functions. Only problem: there are no creators to turn them off when they spread into geckos and start trying to turn them into tyrranosaurs or terror birds. Plus, the nanites are constructed with the programming in the nanite equivalent to DNA. As the engineers feared, the nanites start mutating, with their instructions getting crazier and crazier. After a few decades or centuries, they either become strange specialist organelles in species, or else the built-in protective measures eventually cause them to fail.

So you have a wild, short-term boost in species evolution spreading outward from a central lab. Further, degenerate nanites might still be out there, performing quasi-magical effects on species they have formed a stable relationship with (like fill-in-the blank: weaving carbon nanofibers under the skin or inducing rapid healing, or continuously repairing the genetic effects of mutation so the resulting species is effectively immune to ionizing radiation).

The nanites might even spread to other species, trying to turn an unsuspecting human into a gecko-terror bird/human hybrid (badly, most likely). This could lead to unrelated species having clusters of similarities in an ecosystem. Imagine an island where everything a mosquito bites is cross-contaminated with a nanite in the middle of fixing a gene, then it "fixes" the equivalent gene in the new species. Every animal species in that ecosystem now has the same gene for velociraptor fast-muscle twitch response, for example.

Eventually, all these will fail, functionally disappearing or becoming the equivalent of viruses. But oh, the fun you can have in the meanwhile!

What you're looking for is a way of inducing mutations between species, ideally in a way that doesn't mess up a lot of their genomes. If you're also looking for this to be not driven solely by artificial selection, I'd suggest engineering a virus.

Viruses are very effective at moving genes across species - a process called transduction. Essentially, viruses insert themselves into the host's genome. When they replicate, they bring along genetic material from the host. This is normally a rare event, but there's no reason a heavily designed virus couldn't do this deliberately. You could get very rapid, useful gene flow between organisms, or even species, if you create a virus with the following properties:

Some extra engineering might let the virus act like Crispr gene editing, and actively swap out alleles between creatures. If, by another mechanism, you tweek the virus to replicate most strongly in the healthiest individuals, you'd end up with a virus that spreads through and modifies the genes of a population multiple times a generation, upgrading their genes to the ones from the healthiest individuals in the population.

(there's a lot more to how genomes work than genes, and this would be hopelessly impractical in real life, but it's an interesting start)

Your post-apocalypse retained one or a few rich and organized societies.

E.g., New Zealand was left alone, and the destruction of the rest of the world affected it catastrophically but not quite apocalyptically.

Even if the society eventually collapsed, the products got loose in the wild.

After World War III all humans were sterile due to chemical weapons being used massively, the only way to bring new humans to the world was with the help of genetic engineering, but it was too expensive for most. The latest technology was used to make sure the few infants brought to life were as strong as possible. They repopulated the earth during the following centuries.

You may be surprised but evolution could occur rapidly in case of extreme stress or environmental change.

I quickly introduce natural occurring but quite rare and often lethal process that can 'speed up ' evolution.

You may not have heard about Transposable Element TE. But those are some small sequences of your genome that are kind of independent. They can replicate and duplicate inside your genome and are usually in a repressed state. It has been shown that sometimes a rush of TE activity may help organisms to adapt simply by "shuffling the genome" or "disturbing it". For example, it is believed that this process (not alone) allows some fish in the artic to become particularly adapt to cold water. (no blood cells at this temperature oxygen concentration in water and so "blood" is enough without the need of blood cell)

Whole Genome Duplication is the duplication of all your genome. instead of having X chromosome you have 2x. It actually happened several times in the history of evolution. By duplicating your genetic material at such sale it creates redundancy and so the gene copy can evolve much faster (the original function is still assured by the other copy) and it's believed that this even at the origin of the vertebrate (https://www.ncbi.nlm.nih.gov/pmc/articles/PMC1197285/)

You may help it by increasing the natural rate of mutation for a time. Like by radiation fallout post-WW III.

If you want to increase artificially the rate of evolution. I only see three ways: Increase mutation rate, intelligent design or selection.

intelligent design, society has created those creatures by genetic manipulation not necessarily in one time. The mutations are directed and designed to create those creatures.

Not the answer you're looking for? Browse other questions tagged reality-check evolution post-apocalypse or ask your own question.

3
Is it possible to grow new organs through exposure to radioactivity?
7
What would encourage multiple animal species to evolve human features simultaneously?

4
Species evolved that encourages mutation of some of its embryos
9
How life in a neverending war zone would look like?
29
Why do dragons like shiny stuff?
4
Would it be logical for races to have their own colonies to preserve their cultures post-Apocalypse?
5
Can Magic Enhance the use of 19th Century Firearms?
5
Is it possible for this creature to evolve?