How would a group find convincing divine proof that their bigoted/sexist/racist/etc views are justified? [closed]

Ask Question
Asked 11 months ago
Active 11 months ago
Viewed 192 times
-1
$\begingroup$
Closed. This question is opinion-based. It is not currently accepting answers.

I'm trying to have a small growing religion with discriminatory social views (this is a late 20th century setting) suddenly gain faith when something which looks divine happens, reinforcing their ultra-bigoted views.

Importantly it's not really divine, just looks that way. And not a fraud, just some random event that causes a groups racist / sexist / homophobic / transphobic / etc views go from faith-based to basically-proven "fact".

Edit: I'm not looking for an opinion on what would convince you - I know some people are convinced by their toast burnt to look like Mary. I'm trying to work out what would fortify the beliefs of a decent group (say 500 people).

For example; here is a map of smoke over America at the exact moment you asked your question: 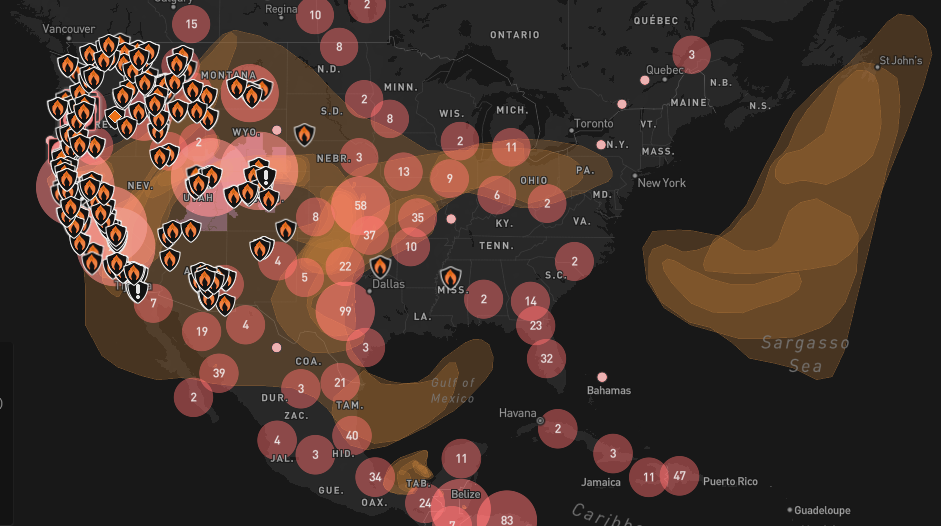 And here is a The Guardians map of Rascism in America, based on racial slurs used in tweets after Obama got re-elected. 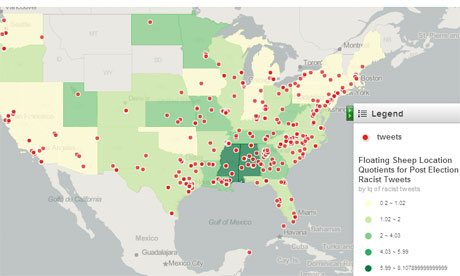 Conclusion, God blocks racists from damage in bushfires / wildfires. God is keeping your air clear while smiting the politically correct.

Do this a few times with a few natural disasters and you'll be convincing.

God has already demonstrated his prejudice pretty convincingly according to the Bible.

In Ezekiel 16:48–50, God compares Jerusalem to Sodom, saying "Sodom thy sister hath not done, she nor her daughters, as thou hast done, thou and thy daughters." He explains that the sin of Sodom was that "thy sister, Sodom, pride, fulness of bread, and abundance of idleness was in her and in her daughters, neither did she strengthen the hand of the poor and needy. And they were haughty, and committed abomination before me: therefore I took them away as I saw good."

I'm not a Bible student but I recall from schooldays that homosexualituy amongst men, was one of the abominations that God punished these cities for.

A judicious bit of smiting on God's part would soon get the message across.

As a test, your sect could round up people with a given prohibited disposition and force them to live in an encampment together and see if God smites them. If after a year they are unsmitten, they can be released to be replace by a different lot. (pun intended)

These are a people who mostly live apart and only go into town when necessary. They shun technology. They are rather like the Amish.

When a massive solar storm severely disrupts electricity supplies and electronic media of all kinds, the non-believers are thrown into chaos. They are so reliant on all their technology that life grinds to a halt. They can't even use mobile phones, radio, or TV.

There are riots and looting and general bad stuff.

The believers, reliant only on low-tech crafts and agriculture are not affected at all.

Clearly this is God's work.

Not the answer you're looking for? Browse other questions tagged society religion or ask your own question.

23
How would society react if they found indisputable proof that the universe is a virtual reality?
27
How would a primitive society react to a cataclysmic event that disproves their beliefs?
3
How would people find a city that is always moving?
31
What event would cause a huge, dominant nation to adopt the language of a smaller, inferior one?