Would a dragon sized saddle or any of its parts be buoyant enough to keep an unconscious human breathing in a calm ocean? 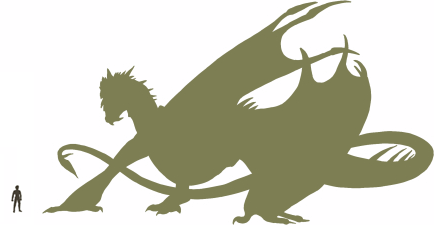 As Nosajimiki mentioned, your rider would more likely use a Howdah rather than a saddle. The only problem being that a Howdah is a bit too pretentious for your protagonist.

There exist Howdahs (I think they qualify as Howdahs) like that used by Ang in Avatar: The Last Air Bender on his flying bison Appa that are very simple, modest and that could easily allow your protagonist to sleep peacefully on the calm seas.

These are the only pictures I could find that show it clearly: 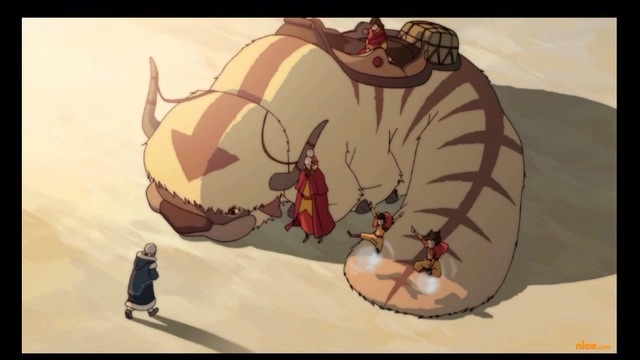 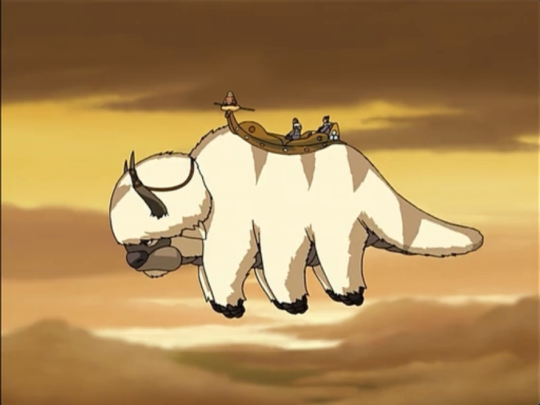 Your harness is not a saddle

The thing about horse saddles is that they are designed to help keep a rider comfortable and on top of an animal while functioning as a sort of seat with your legs going off to either side of the horse's back ... but this dragon's body is far too large get your legs around, meaning you can't just sit on it with a normal saddle. You'd need a solution that lets you stay on without wrapping your legs around the dragon's body. The closest analogue for what riding a dragon would be like in the real world is not a horse, but an elephant.

It is really hard to stay sitting on a charging elephant without being able to get your legs around it; so, many civilizations that utilised them in war relied on various sorts of Howdah that they could sit or stand in. Your dragon design has a much wider back than even an elephant; so, on a creature this size, Howdahs more or less go from recommended to required. Howdahs came in many, many different shapes and sizes, but many of them were large wooden structures that either resembled sleighs or towers. Tower shaped ones would certainly be more boat like, but far less likely for a dragon since aerodynamics and stability will play a bigger factor here than with elephants. Either way though, you are looking at a significant wooden structure with more than enough size and buoyancy to float on if the need arises. 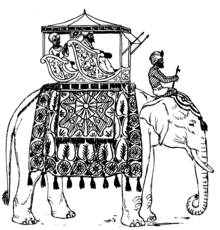 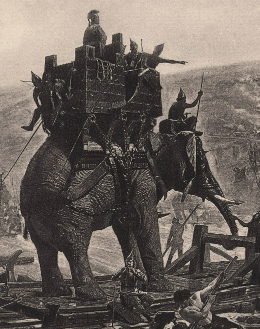 The saddle has saddlebags

To circumvent any difficulties with buoyancy or surface, why not just add saddlebags. It makes sense for such travel to have the option to store a lot of stuff for both the driver, passengers and the dragon. The saddlebags are sealed against water for air travel. Some are likely empty or close to empty, making for great buoyancy. Some might just have shed their load during the crash. Added with the saddle, you can also easily explain that there is enough surface to pass out on pretty comfortably.

A non-rigid saddle and tropical water, you'll be fine.

Technically a human themselves is buoyant in calm water. (Human is 985 kg/m3, Salt water is 1020 kg/m3). The exposure or exhaustion usually tires you out, then a wave gets you. And then your corpse floats.

A horse saddle can weigh up to 20kg, and this dragon is a lot bigger than a horse. We could estimate this as being around 40kg in weight (the extra weight will be strapping, which is the lightest part. Which is why I'm not estimating like 200kg for this)

Leather is about 860 kg per cubic meter. That 40kg leather is going to occupy 0.046 m^3. That should give an upforce sufficient to lift 7kg in salt water. That's enough to keep your head above water while you sleep.

The saddle needs to lose its shape. If it keeps a "saddle" shape it'll flip. If it opens up, you'll be floating like Rose at the end of Titanic.

I'd say a more important part of survival is the water temperature. 21 degree water can give hypothermia. So, you better hope your dragon ditching occurs in the tropics.

The main issue is not the buoyancy, since as you state leather is buoyant, but rather the shape.

In order to ensure that the person can stay on the saddle while it is floating on the water, the shape has to be stable under the forces due to buoyancy and the person being on it.

Imagine the difference between having a plank and having a pole floating on water. The plank, due to its shape, will take a greater deal to flip over, while the pole just requires a slightly movement to roll around.

The shape of a dragon saddle might somehow resemble an enlarged version of a horse saddle, something roughly shaped as an upside down U with open ends. In that case I suspect it would be highly unstable, unless it has some bags on the side which, full of air, can ensure some stabilization.

As mentioned in other answers the dragon is way too big for "saddle". If flying over water is a main use-case of dragons - basically strap Inflatable boat made of leather and you can survive pretty long time. Real inflatables are not be period appropriate but leather wrapped kayak-on-frame with saddle/water bags filled with air would be very believable. Also, on a dragon of the size shown in the picture, you can just put decently sized regular ocean-going boat.

To makes something that incidentally floating (which is likely what you are going for) - since the dragon back is large, you need some sort of chair attached to it. Instead of strapping chair directly to the dragon use largish wooden frame and attach big air-filled leather bags on corners or large packs of reed (or any soft floating material) to have soft contact spots with the dragon's skin. This way you essentially have catamaran which gives you insane stability - with several gallons of water one could easily survive weeks on it, even in not so nice sea.

Kill the dragon and mount its body to stay afloat

I'd imagine that dragons, like birds, have hollow bones and other features (feathers that trap air, large lungs to breathe fire) that make them considerably lighter than most ground animals. Therefore, its body is probably even more buoyant than the saddle and makes for a good raft.

Not the answer you're looking for? Browse other questions tagged science-based reality-check dragons mounts or ask your own question.

10
What is the maximum orbital time for my moon around my planet?