Where would the best cuts of meat be on a giant insect?

Let's say one had a giant insect the size of a sheep or a cow that some sapient species was raising as meat livestock. These animals would have to be butchered to be eaten and cannot simply be eaten whole like people eat shrimp, crayfish, and insects in the real world. Ignore the whole issue of a cow-sized insect being unable to physically function due to the square-cubed law for the sake of argument, this is akin to any number of fantasy settings where there are insect megafauna running around. However, the anatomy of an insect is very different from a vertebrate, and many of the limb muscles that in vertebrates would make for good cuts of meat are not very large in arthropods.

Given all this, if someone was trying to butcher a giant insect for food, where would the best cuts of meat be? Would the hind legs be a good source of muscle if the insect were a giant grasshopper or cricket, or would they be too stringy and elastic due to their role in jumping? Would flight muscles be a large, easily butcherable muscle if the insect had wings due to taking up much of the thorax?

The best I have been able to find out is that the jaw muscles of a giant insect might be a particularly large cut of meat that would be worth harvesting. Apparently in fungi that parasitize ants the fungi feed on the jaw muscles of the ant, rather than eating at the brain, because the ant's jaw muscles are so large they are the single largest and most nutritious organ in the head.

In my culture people like to eat weaver ants. They eat the abdomen and discard the rest.

In America there are honeypot ants. Some workers are sessile and have giant abdomens - which is also what people go for.

And for cultures that eat termites, a queen's abdomen is the best part.

In the abdomen you will find the most fat and water in the beast. The gonads are also there for lots of protein. Legs and thorax may have more muscle (so more protein) but I imagine it would be hard to chew.

Crabs are not insects, but in Japan giant crab legs are a delicacy, and if you look at them they are not that visually different from insect legs. 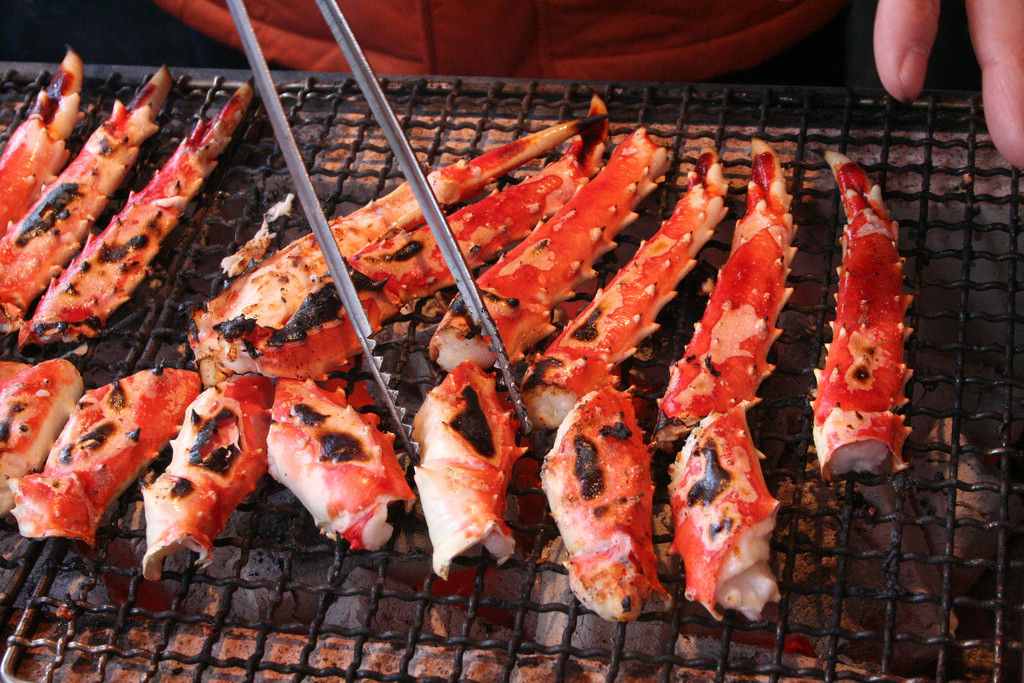 Just as with chicken wings or spare ribs, it's not always the amount of flesh to make it appreciated, at least in cultures where eating flesh is a common experience.

A hunter-gatherer culture would surely regards ribs or wings as poor parts.

Not the answer you're looking for? Browse other questions tagged biology food anatomy agriculture insects or ask your own question.

3
Storing meat on the outside of a spacecraft
5
Would a decentralized food system be a better option for the world?
6
Help me Explain this Alien's Traits
69
How to butcher your dragon?
33
How would giant, secluded, underground-cave-dwelling insects get enough food?
1
Butchering meat from mutant giant rats and lizards?
7
Where would flying humans store air sacs?