Would a spherically distributed solar system inevitably become flat, i.e., develop a plane of the ecliptic?

Some young gods are playing at solar systems. One has the idea that, instead of the usual boring flat system, their system should be spherical.

They start with a Sun-like star then add asteroids and planets orbiting it every which way. Some orbits are at right-angles to each other or any other arbitrary angle. Some orbits are in similar planes but in opposite directions.

The young gods set this in motion and sit back in glee to watch the chaos that results. Near misses, weird non-elliptical orbits and, best of all, the occasional huge planetary collision.

Presumably the solar system will eventually form some stable configuration. Will this inevitably be a standard flat system with all planets orbiting in the same direction or could there conceivably still be orbits in opposing directions and non-colliding orbits at up to 90 degrees from one another?

The one example of confirmed significant non-coplanarity I know of is $\upsilon$ Andromedae A, a system containing three (and perhaps four) giant planets. A number of groups have suggested that planets c and d share a significant mutual inclination; some of the best evidence comes from McArthur et al 2010, who calculated a mutual eccentricity of $29\pm1^{\circ}$. As $\upsilon$ And has an age of $\sim$3 billion years, we can see that significantly evolved systems can harbor non-coplanar planets.

The question, though, is whether the current arrangement is stable, and if so, what mechanism is responsible. The authors found that the current inclinations and eccentricities can be maintained for c and d for a period of $\sim$100,000 years (at which point their simulations terminated), although the system exists on the very edge of stability in parameter space. A few tweaks to the initial conditions could lead to damping of the inclination of simply a catastrophic disruption of the system.

Libert & Tsiganis 2009 argued that, as with certain other planetary systems, the Kozai mechanism could lead to a stable configuration if the mutual inclination of c and d was $\sim45^{\circ}$ - although their nonrelativistic analysis may well be incomplete. This might require interactions with the other star in the system, $\upsilon$ And b. Other groups considered planet-planet scattering, which would still be an option in a one-star system.

In short: it seems quite possible that the system will never flatten out. If the planets have always had such a high mutual inclination, then it's clear that that can persist for billions of years, i.e. most of a roughly Sun-like star's lifetime. In that case, the answer to your question is likely no: A non-coplanar system does not necessarily have to evolve into a fplane.

Chaotic initial placement of an N-body system results in everything in the sun or oort cloud.

I've ran a few N-body simulations trying to see what I can get to form, and randomly placing bodies (using c++'s std::normal_distribution) always resulted in a chaotic explosion. Doesn't matter if I modelled 10 bodies or 100 bodies or 1000. Doesn't matter what I used for their initial velocities, masses, and positions. They always blew up. The closer the mean start point was to the sun the sooner the system blew up. Many hit the sun or left the solar system (depending on the config), the rest settled into 100-1000yr elliptical orbits.

Simulation models interactions at a resolution of 1 hour. The tail shows the last 30 weeks travels 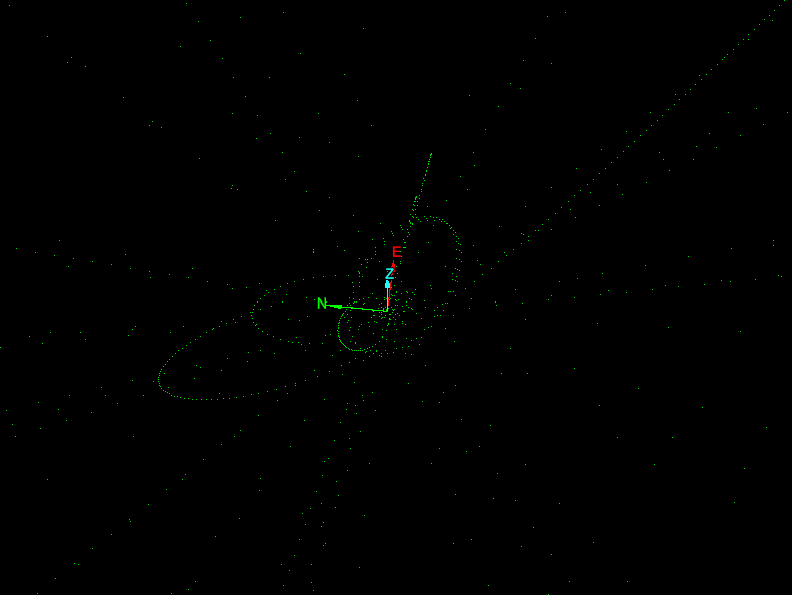 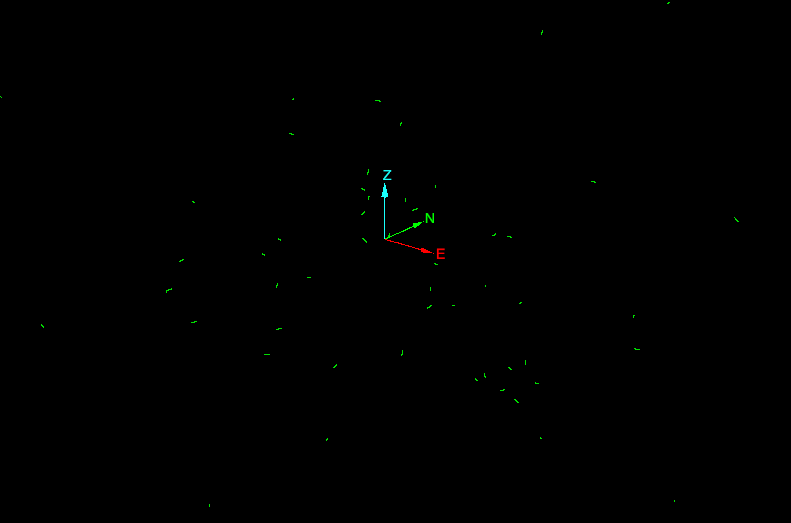 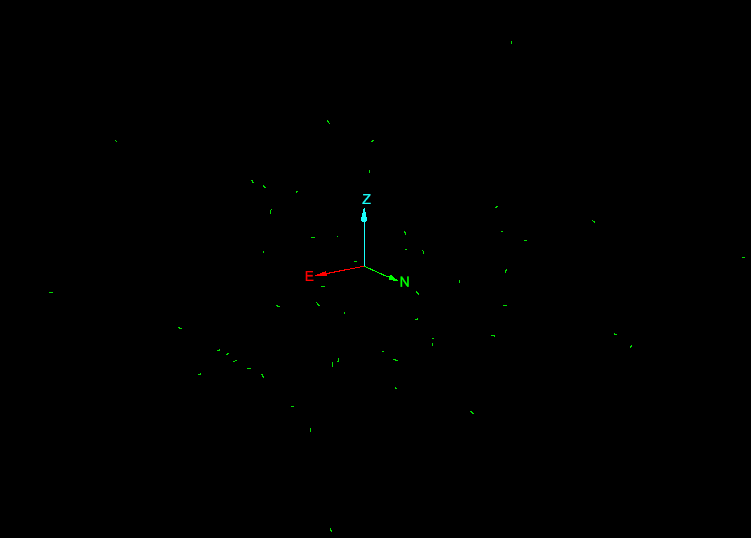 Here's one after 1000 years. I included the plane Z=0 to show that they aren't forming a planar system. 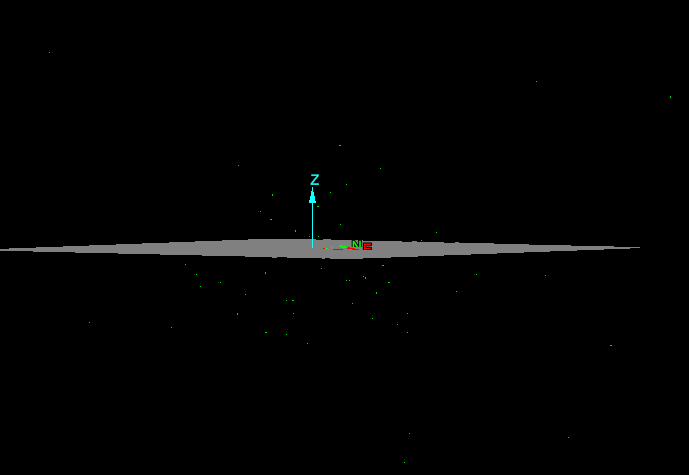 Basically they exploded, and tended to slow down a long way out. Typical distances for that final shot are 10^12 to 10^15m, which is past pluto and in the oort cloud. Orbital periods were in the hundreds or thousands of years.

Your gods will be waiting a long time for subsequent impacts. I stopped the simulation at 100,000 years, because I needed the computer to do actual work again. At this point its basically simulating the comet orbits.

So, your gods should know that they should keep their solar system formation to rotating pools of gas clumping together if they want anything interesting to happen.

(Apologies for the Z/N/E axis, I hacked this into some mining software I'm developing and forgot to change the axes)

Not the answer you're looking for? Browse other questions tagged hard-science orbital-mechanics solar-system .