I would like to know the best potential mass desertified location for my story set in the near future. (50-60 years.) This includes land or water, eg a dried up lake or area of farmland, or both.

By best I mean:

What is the best location according my parameters? It can’t be already a desert in the present day.

There some locations that really nicely match your list of requirements in Australia, (Eg Lake Eyre, last had water in 2019, was full in 2001) but that isn't really a surprise desert, and if you asked me in 2018 I would've called it a desert, and no-one is silly enough to lose their boat in it.

Same with the dead sea, and the Aral sea; these areas are basically already deserts, or are nearly there. So, I don't think they match. You want a nice, lush location, that could become a desert very soon.

Other areas around Australia are candidates, but the governments have surplus desalination capacity to supplement agriculture in this case (my city has a spare desal plant that is running at 10% capacity just in case climate change cranks up suddenly), so government action could mitigate desertification. (At least in the small areas of Australia that aren't already desert).

So you really also want an area without a government able to mitigate desertification, that is lush now, and could suddenly dry up by 2080.

Also, if I (western middle class) lost my boat cause the lake dried up - I'd save up a bit and hire a crane and go grab it. So, we need an area where people don't have the means for this. Where a boat stays where it rests cause no-one has the means to fetch it. 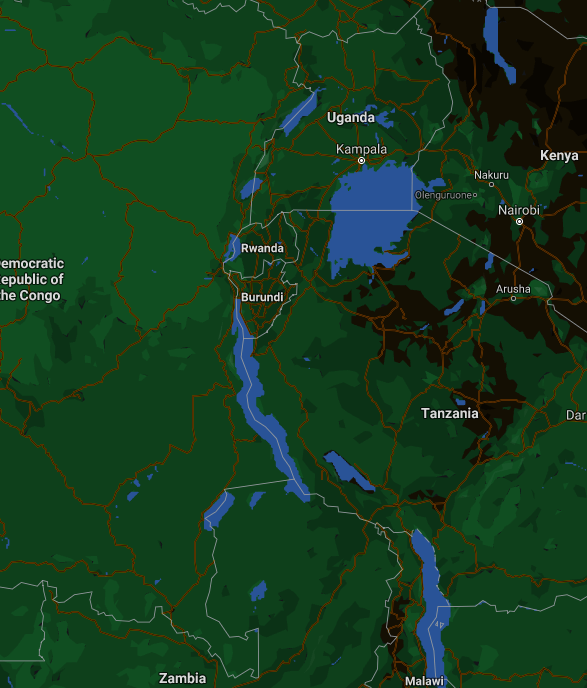 Just south of the equator in Africa.

That big patch is Lake Victoria - it's an overnight ferry to cross it. Lots of boats are on it.

According to Wikipedia's global warming prediction, if CO2 emissions continue to increase by 2080 this area will be 4.5 degrees warmer. These lakes are fed by melting snow on the nearby mountains, most notable being Kilimanjaro, the tallest mountain in Africa.

Within living memory, it was not nice at all. 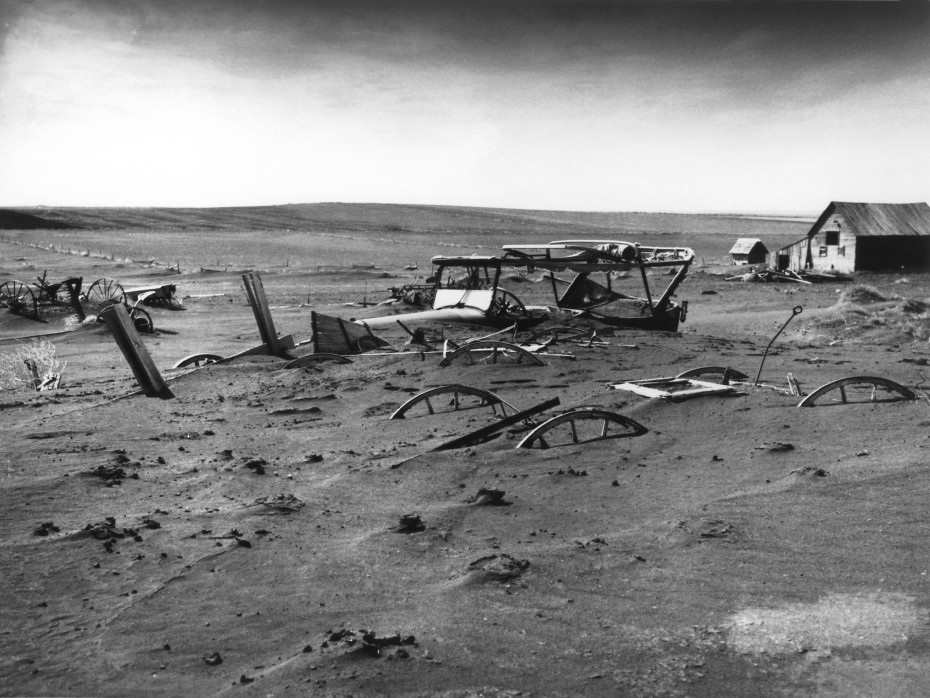 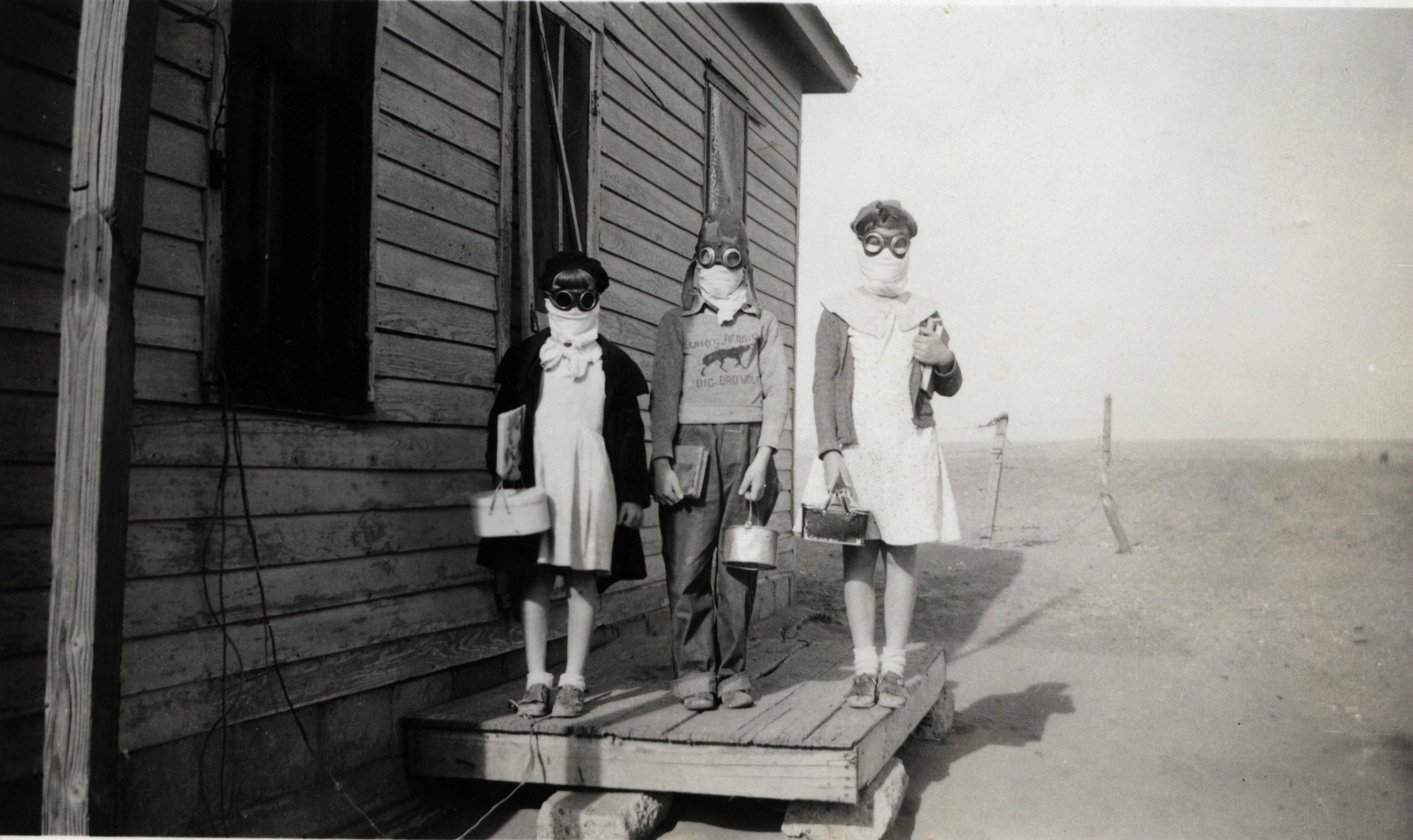 The dustbowl turned much of the American Midwest into a howling desert. It could happen again. The Dustbowl offers real scenarios that you can use for your near future fiction - these kids with their masks and goggles look very much like post apocalyptic survivors. Which of course is what they are.

Actually, there is a very plausible scenario for this.

The Amazon Rain forest is fertilized by huge ingress of minerals from Sahara. Also, as the climate gets warmer, more and more wildfires are likely to happen. Added to this massive deforestation is already a problem. The bare earth is quickly washed out.

There are two scenarios.

both would sop the ingress of fertilizer. Large wildfires could wipe out the remaining forest. The bare earth would change local climate drastically.

Welcome to the Amazon Desert, a frighteningly realistic scenario!

Not the answer you're looking for? Browse other questions tagged science-based climate geography near-future climate-change or ask your own question.