Would pressurized vehicles operating near the surface of Venus float?

So the setting is that we are several hundred years in the future, and scientists are sending humans to the surface of Venus in reinforced vessels similar to submarines or whatnot. We will assume that the tech to pull this off exists in this universe, as that's not what I'm asking about.

I'm mostly concerned about whether such a vessel would float in the air naturally. I would assume it would float in a manner similar to a submarine, given that the air pressure outside would be 90x that the pressure inside, but I don't know how much the fact that it is air instead of water changes this. The fact that airships and hot air balloons float makes me think they would, but I'm not sure if the amount of buoyancy required for such a vessel to float in the high-pressure air would be different than what's required to float underwater.

I'm also somewhat curious what the best way to propel a vessel through this atmosphere would be (propellers, jets, etc), although this question is secondary. (smaller vessels would probably use electricity while larger vessels could potentially have small fusion reactors aboard them).

Yes. Many unexpected things will float in the atmosphere of Venus. 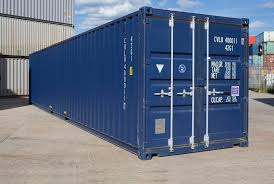 The density at the surface is about 65-67 kg/m^3. This means that the shipping container will float upwards off the surface and up into the troposphere, potentially getting up to 65 km off the surface.

That shipping container will behave like a helium balloon.

This should give you an indication of how easy it is to get something to float on Venus. Your vehicle needs to be lighter than a standard Earth submarine (67 kg/m^3 is a lot less dense than seawater), but the concept of a buoyant craft on Venus is sound. (Pressure and temperature will be design issues, however).

It depends on how the vehicles are designed. In particular, the ratio of the 1-atmosphere volume occupied by humans needs to be small enough so that the overall density is greater than the density of the Venusian atmosphere.

The density of air at the surface of venus is quite high with around 67kg/m^3 But so is the pressure (yes, these numbers are related).

So as long as the overall density of the vehicle is less than 67km/m^3 AND it is not crushed AND can hold a low pressure inside (either by being gas teight or by pumping gas out faster than it ingresses) AND it can do so in up to 400°C and rain of sulfuric acid (among other nasty things) it will probably float.

It's mostly an engineering challenge to build something that can withstand the pressure AND is still light enough... Maybe a helium filled balloon is still the easier solution.

Not only near the surface, but even in the Earth-like parts of the atmosphere. Wikipedia has a good run down on ideas for habitats in the atmosphere of Venus: https://en.wikipedia.org/wiki/Colonization_of_Venus#Aerostat_habitats_and_floating_cities

The key part is that "breathable air (21:79 oxygen/nitrogen mixture) is a lifting gas in the dense carbon dioxide atmosphere" (quote from the current version of the Wikipedia section linked above). A human-livable habitat should definitely float in the upper atmosphere, as long as you don't weigh it down too heavily.

Given that, you should definitely be able to have submarine-type vehicles floating in the lower atmosphere.

5
A world with 1/3rd gravity but 1/2 atmospheric pressure. Would it be easier to fly?
6
What ways are there to keep a steady altitude with large fluctuations regarding load?
5
Materials for an ancient hot air balloon
3
Technology for a sci-fi airship
8
Propulsion Systems
5
Which physical laws or attributes would have to be changed to increase the buoyancy of an airship?
7
What would be the effects of changing the composition of air in order to increase its density?
4
What are the buoyancy capabilities of super-heated Helium?