For my current project, I'm trying to design intelligent, sapient organisms that aren't just "Human, but..." To that end, I've been toying with the idea of a tongueless entity and what the consequences of that development would be.

The tongue serves quite a few roles, but I just want to focus on the vocalization aspects of a tongue.

For human language and vocal structure, the tongue is necessary for producing certain sounds. I don't just want to re-discuss whether a person can speak without a tongue. I know there are animals on Earth that don't have a tongue, but crabs and butterflies aren't exactly known for their linguistic excellence.

I want to re-envision the entire vocal structure, from the ground up.

Is it possible for a tongueless creature to vocalize the complex sounds of a full language (including learning another language)?

Contrary to what I've always understood, and scientists believed until recently, parrots and corvids use their tongues to modulate the "vowel" sounds when they mimic sounds (songs of other birds, environmental sounds, animal calls, and even human speech). If a parrot or mynah were to lose its tongue, its ability to "talk" would be limited, though probably not completely removed (just as a human's would be limited, but not completely eliminated).

This is because birds' voices are entirely produced with a syrinx -- a much more versatile sound prodution organ than the mammalian vocal fold. The syrinx can, for instance, produce two separate pitches simultaneously, as well as a much broader range of waveforms. This is why, for instance, a parrot can just as easily reproduce the sound of a film camera's shutter and motor drive or a microwave oven's "done" alarm as it can a cat's meow, dog's bark, or "Polly want a cracker?"

This vocal apparatus is common to all birds; the limitations on their ability to mimic is in their brain -- sparrows aren't primarily mimics, so they tend to learn one sparrow song and sing that for their entire lives. Crows, mynahs, magpies, parrots and parakeets, on the other hand, are mimics, and all are capable of learning, to some extent, to replicate any sound they hear frequently.

A bird's syrinx or similar apparatus, along with some method of changing the shape and length of the resonating cavities connected to it, are likely sources of "tongueless" speech incorporating approximatly the same range of sounds as human speech.

All you need is an organ that can controllably vibrate and modulate a membrane at high enough of a frequency. For a perfect example of this, look at a speaker. It has no tongue, or mouth, or even lungs for that matter, and yet it can make all the same sounds as the human voice and then some.

The reason animals use our mouths at all is because we don't have enough control over our vocal cords to remodulate frequencies fast enough to make certain complex sounds. That is not necessarily a limit of biology, it's just that on Earth, we've never had to evolve to that level of control over something that is easier to do with what is already there. If instead your creatures evolve more like crickets where they use a totally different part of their body to make noises, then overtime and environmental pressures, the control will come. 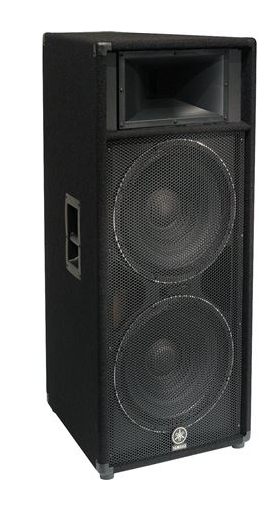 Absolutely. If we start with the human vocal tract as a base, without the tongue one could still pronounce voiced and unvoiced bilabial and labiodental trills, taps, fricatives, plain and aspirated plosives, affricates, nasals, and clicks; as well as velar/uvular fricatives, plosives, and nasals. That's at least 40 distinct consonants, probably more. And in the vowel space, you still have rounded vs. unrounded, and modal vs. creaky vs. breathy voice distinctions. That's a weird phonetic inventory, but in terms of size it's very middle-of-the-road for human languages.

A tongue is useful for modulating the airstream, but clearly even human anatomy has several other ways of doing that. So, to produce complex sounds with completely non-human anatomy, you don't specifically need a tongue; you just a collection of ways to modulate the airstream, which may or may not include anything recognizable as a tongue in the vocal tract. Birds, although they do have tongues, can do a whole lot with just a syrinx, for example. And if you had a creature with, say, multiple spiracles for breathing, one could easily imagine using sphincter muscles to produce different timbres, and multiple overlayed phonations from different spiracles simultaneously to produce a wide range of distinct phonemes usable for language.

And if you want to go even farther afield, you don't even necessarily need a vibrating air column to produce sounds usable for language. Consider, e.g., crickets, which produce a variety of noises through a more violin-like (or perhaps "musical saw"-like) mechanism, by drawing different body parts across each other to induce vibration. Actual crickets don't have a huge variety of sounds that are produced within a single species, but just as a violin can produce different sounds depending on exactly how the bow is drawn, which string it is drawn over, the tension of the strings, and whether you actually draw the bow at all vs. plucking the strings or slapping the body, it is not hard to imagine a creature which produces a range of distinct percussive and fricative noises by the interaction of external body parts equal in size to typical human phonological inventories. As a proof of concept, see this video, in which (among other things) the CODA (child of deaf adults) presenter demonstrates how you can in fact hear sign language. No tongue required.

Animals can already make complex sounds without their tongues. I think you're just...thinking about the wrong end of the animal. There are even humans who are able to control such sounds to a remarkable degree. One can imagine a vocal system that uses a similar method - the control of airflow through a sphincter or series of sphincters and chambers to produce complex sounds.

Now, to the second question of whether they could use this ability to learn another language...I think that would depend ultimately on the quality of sound that can be produced. Ultimately, if the creature's voicebox is just a series of woodwind instruments controlled by air bladders and muscles, it's probably unlikely that it could replicate human speech, but it definitely could create complex language on its own.

Not the answer you're looking for? Browse other questions tagged creature-design anatomy or ask your own question.

6
Which sounds could a tongueless person produce?

15
Are four lungs possible and what would their effects be?
2
Are enormous metal space whales possible?
7
What possible combinations are there for hexapods?
58
Why is this creature afraid of water but not of body or plant fluids?
7
Vocal hardware required for a single creature to communicate with any land animal?
9
Could elves revolve their ears to listen to sounds?
10
Would it be possible for one organism to simultaneously exhibit two types of symmetry?
7
Would it be possible for a humanoid organism to have bones made of a crystal like quartz or diamond rather than apatite?
17
What sounds would be common for both forms for a human/wolf shapeshifter?
9
Speaking three sentences at the same time?