Is it possible to blind a spaceship/space warship?

Stealth isn't possible in space, but what if you just shine a laser in their eyes and make a whole lot of noise somewhere else?

The situation is this: A shuttle full of pirate marines must dock to a warship orbiting a trade station. The warship is fully operational and armed with missiles and coil guns that will destroy a vessel that tries to make an approach. The warship has radar and a suite of telescopic sensors (i.e. visible, infrared, and radio telescopes) that let it detect other ships. The trade station is also a large hub for civilian space traffic, so the "airspace" is rather full, and the warship is able to communicate with the station to retrieve flight plan data and intervene with deviants. The warship is not an invading force, and so it will not fire on civilian targets, only on potential hazards to itself or to the civilians.

These ships are operating on real technology for the most part. So no forcefields, or psionics, or gravity plating. They have thrusters, reaction mass, and have to deal with heat management. The warship also has no windows, instead, it has a layer of armor that is absent on civilian vessels (because bullets are a bigger concern than the view in the case of a warship). 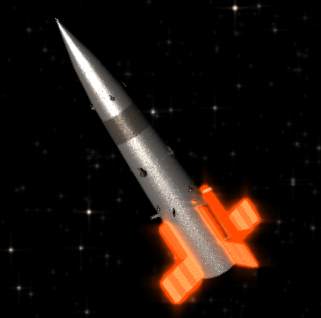 If a significant number of the civilian ships were equipped with non-standard equipment, could they effectively blind the warship long enough for a shuttle to make an approach and dock to it?

My only idea is that these commandeered civilian ships would have to be outfitted with lasers and emitters that could saturate the radio frequencies and attempt to overload the sensors of the warship from many angles. With this distraction and confusion about what is or isn't a civilian target anymore, I hope to sneak a smaller vessel up to docking range with the warship.

Edit: To clarify, the pirates can have a significant number of commandeered ships disguised as civilian vessels to use against the warship. But their goal is to commandeer the warship itself, so they don't want to destroy it.

How about this scenario:

I suggest this because if several civilian vessels simultaneously take hostile actions, the warship crew will figure out something is up pretty quick. They will leave in a straight blind line, possibly taking out anything in the way. They will then turn around and come back. Things will not go well for civilian ships. Pirates will probably be hightailing it away when things go south.

Using lasers to blind may work - but it'll be noticed and they'll assume something fishy is going on. Other people have pointed out that deception is a much better approach.

Stealth in space is really hard (Stealth in Space: How realistic is it?), but approaching a single static target with stealth is just within the realm of possibility. There are 3 approaches I can think of:

If there's two ships, or it can read sensors from another location, none of this will work.

You could overwhelm the sensors as you describe but it would be easy to detect, putting the warship on high alert. One of the facets of an alert status would be locking down all ship access, which foils the intent.

In my opinion, there are a couple other plausible solutions.

There are plenty of solutions, but most depend on the lead-up to the operation and how much time and resources are available to the assault team.

Presumably the warship designers read this thread and consider the possibility of blinding their sensors, wether it be by laser, or microwave, or radar or whatever and considered countermeasures:

A bunch of small satellites are sprea out around the ship, they are all relativly small, use mostly passive sensors and are cooled to 4-5K before launch, so hard to detect. While unable to see everything the mothership with its better and active sensors can see, the emission of someone blinding the mothership will surely be detected. This would also protect against an attacker hiding behind a cooled shield.

Same as above, but the satellites are in effect missiles with a small drive and warhead, when the warship sends a "we're beeing blinded!!** signal the missiles autonomously select the closest likely culprit and attacks

The warship has a suite of sensor that are too insensitive too detect "normal" emissions, but, but can handle sensor jamming. Think cameras behing really thick sunglasses, or hardened radar receivers with ultra low gain connected to the same antennae

The approaching vessel has mass, the tidal forces this causes may (a hundred years from now) be detectable by a sort of LIGO on the warship. More plausible, the reactor of the approaching ship emits Gamma or X-Ray radiation, that can be detected and pinpointed by an array of sensors placed throughout the warship. Of course a graser (gamma laser) could blind these too, but then we are close to a death ray that can kill anybody on the ship.

It's hard to conceive of a way to sneak up to the warship. Your pirates need to look into another bag of tricks: bribing or blackmailing a crew member to let them approach, sneak onto an (expected) supply vessel, fake credentials, provoke the warship into boarding them (and then what? I don't know), electronic warfare against the ship ... Or a combination of these.

Assuming that your real goal is to get the pirate marines to get into the warship, I think you would get much further with deception. Your pirates could wear bustles and disguise themselves as women on an abandoned ship simulate a damaged spaceship or need to send a message / object / person to the warship, thus being able to dock them.

Note that the warship will be the biggest ship around (not counting the trade station itself), thus the most suitable for certain actions (such as having a pressurized shed were the faulty ship could land or having a surgeon on board). Plus, the warship will try very hard not to fire to any ship, even if it looks suspicious. Killing hundreds of civilians which happened to had a broken radio would not please higher-ups.

Story wise, this lets both sides to list all the technology and arms of the warship and how no enemy could dream on attacking that trade station, with the warship stationed there. Just to have them overthrown with a little trick (and then direct the warship weapons against the trade station). That is, assuming they managed to gain control of the warship once docked there.

This will probably only work once, though.

If there are lots of other ships in the area, have another ship run interference for you.

Get a large ship that has a perfectly normal reason for flying around that particular area (cargo deliveries, refueling, etc) and that frequently visits that station. Have the ship fly past your target warship, passing uncomfortably close to it (but not colliding) on its way to wherever it's going. The ship's crew apologizes for passing too closely, blames the rookie pilot for transposing navigation coordinates, etc.

The warship should be too preoccupied with this civilian ship's near-collision to notice the smaller pirate's ship. Even if they did detect you, the time between detection and docking would be too short to do anything about it. Besides, there's a civilian fuel tanker right there. Firing a weapon and accidentally hitting the tanker would cause unacceptable civilian casualties, plus might damage or destroy the warship.

The problems as I see it are as follows;

Remember the take on this is that the warship is initially in a stable, pre-determined position or orbit. (It doesn't have to orbit unless the station is so big it generates its own gravitational field BTW) relative to the station. The shuttles approach is governed by that orbit. If the warship maneuvers in any way the shuttle must adjust to intercept and that immediately gives its intent away to an independent observer.

In short I think the odds of success are very low. If the warship was docked at the station for re-supply/maintenance etc that would change the situation enormously, otherwise????

One last thing, stealth in space, limited forms and for sticky limited duration may be possible. (See the Tough SF website for details.) Obviously certain materials can reduce radar cross sections but to defeat heat emissions there are only two ways I think you could pull it off - for a while at least.

Send out a swarm of industrial/commercial drones that seek out sensor subsystems, attach, and then spill thick sticky globs of highly conductive paint to block the sensors.

Not the answer you're looking for? Browse other questions tagged science-based spaceships space-warfare .

71
Stealth in Space: How realistic is it?
13
If stealth in space doesn't work, how might you hide?

16
Possibility of airless spaceships being used for manned space combat?
6
Death from Space: Taking out an Enemy Fortress by Launching a Destroyed Space Ship at Them
6
How would a treaty forbiding the use of automated weaponry change space combat?
4
Fleet tactics & strategies in a hard sci-fi setting with near light speed weapons, ultra hypervelocity kinetics, realistic sensors, and torch ships
9
Is my space combat system realistic?
6
What would be the most realistic approach for a Seismic Radar in a Land-ship?
16
Is it possible to effectively fight piracy in a solar-system wide human civilization?