How to decide what language(s) to use for place names? [closed]

Ask Question
Asked 1 year ago
Active 1 year ago
Viewed 143 times
1
$\begingroup$
Closed. This question is opinion-based. It is not currently accepting answers.

I have a homebrew world for a TTRPG where I have generated languages for each of the cultures populating the planet. When referring to those places (on a map, in the player's guide, in-game, etc.), I've resorted to using a mishmash of names in local languages, in the dominant language (likely used by the hypothetical map-maker), or partial or full English translations of their meaning (especially when people's names are involved, e.g. "Ceb's Place"). But this approach feels unsatisfying and inconsistent, even though I'm not sure that it's necessarily wrong, given the potentially complicated histories of place names and languages in a given world.

As an example, I have a region called "The Peaks" (English), "Aeraeiom" (local language), or "Ashoraine" (dominant language). Which one goes on the map and in the introductory material given to players? How do you decide? Is it even important to be consistent, or is complexity okay?

Edit: I found the answers to this related question helpful: How to name places that have multiple names?

Place names on maps are a hodgepodge of misc names from various cultures. If you're creating a world from scratch, of course it looks unnatural at first glance to have two adjacent towns have greatly dis-similar names, (especially if those names suggest different pronunciation rules). However adjacent towns having wildly different language names is actually pretty common.

For example, take this random google maps map near my home (South Australia): 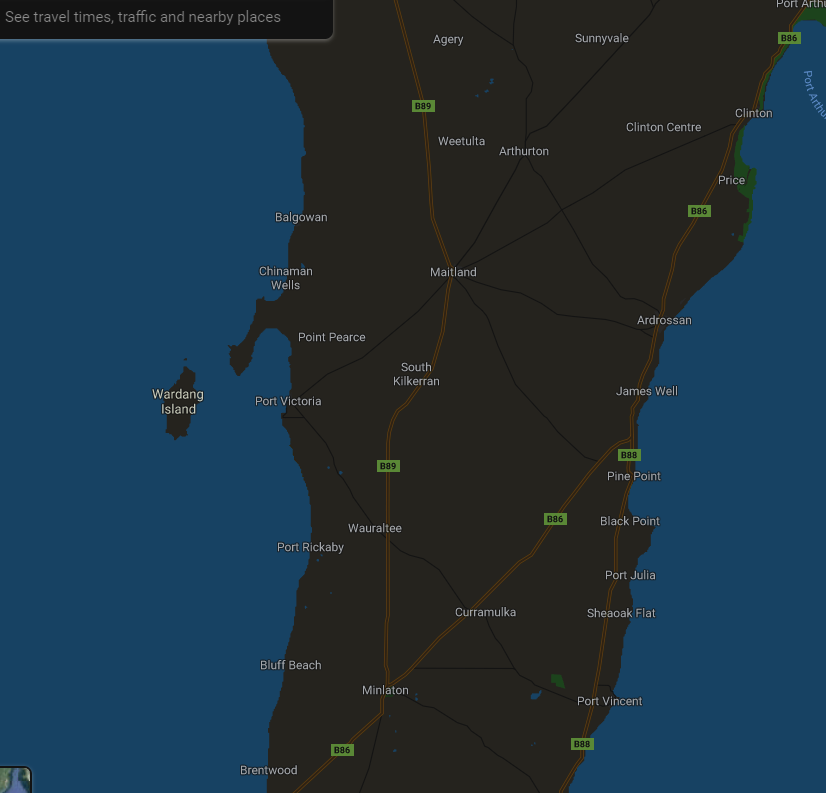 What crazy map maker did this peice of junk?

A quick wikipedia check gives me a random history of these names:

Imagine how they call it

For me the best way to call them right is simply to use either the name in the local language for the most. To add more realism try to mix the languages on the border for exemple between a place A where a tavern is called Tavorn et another place B where it is called Brever you can call the Eddy's bar : "Eddy Brevorn". As a point don't limit yourself on creating language, try to feel the possible mixing like for example in "The 100" where the Grounders have a language which is a mix between grammar errors and other pieces of languages.

Not the answer you're looking for? Browse other questions tagged language history names written-material or ask your own question.

14
How to name places that have multiple names?

39
For designing a vocal language for an intelligent species, how to decide on phonemes?
14
How to name places that have multiple names?
81
How can I develop names for my fantasy land?
25
How can I develop scientific names for my species'?
18
Why would a city not use names?
10
How can people adjust spoken language to adapt for the discovery that they live on a non-orientable surface?
28
Creating Fictional Slavic Place Names