A stronger replacement for calcium carbonate in super-strong scales?

So, the microstructure of abalone shells is 95% calcium carbonate, such as aragonite, tiles and 5% organic polymer that binds them together. This binding fails in a graceful manner, allowing the shell to take a lot of punishment before shattering.

On top of that, thanks to how light is refracted by said microstructure, it also looks cool. 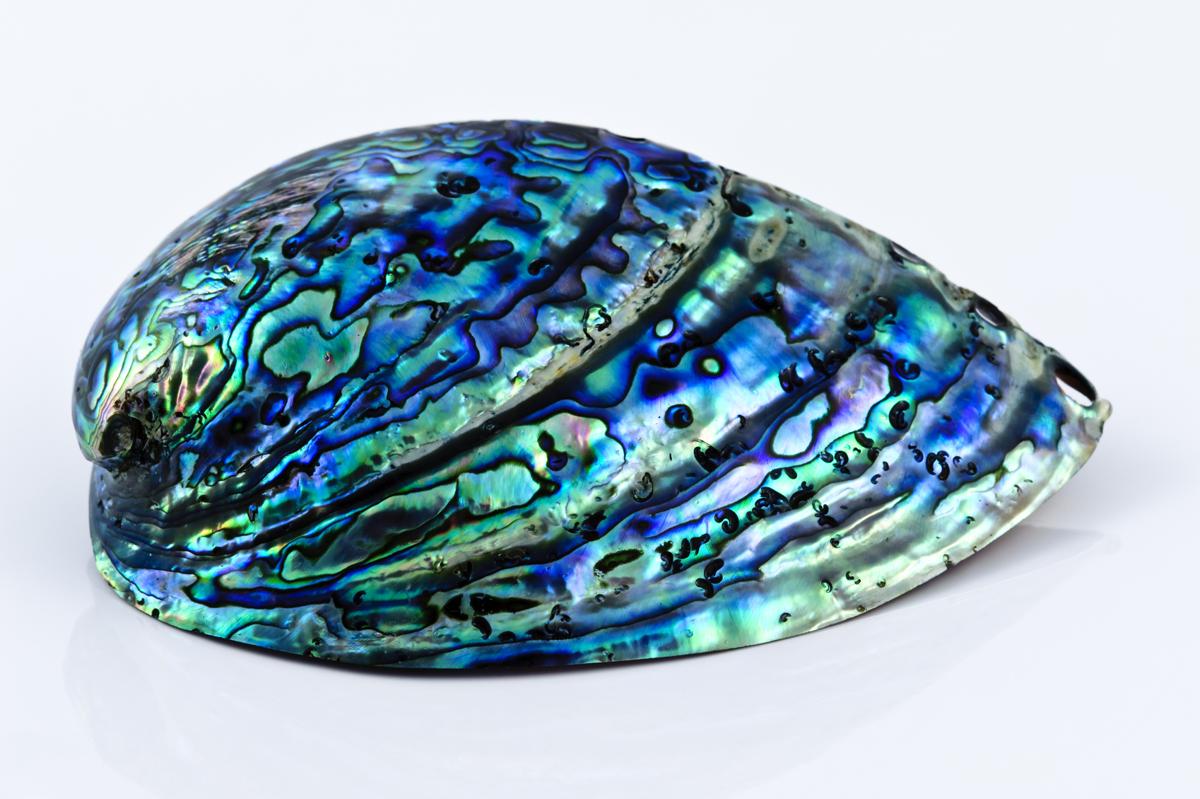 Can you imagine how insanely bullet-resistant could scales/osteoderms/whatever be if I managed to replace the material of the "bricks" with something stronger? It would probably be like the Battle of Ramree Island, though with even more screaming.

Well, I still have some things to solve, but bullet resistant, lightweight armor is a good start for my apex predators.

However, this is where problems show up. Hydroxylapatite is probably the strongest mineral in the human body, but it still seems fairly weak. I mean, yes, the composition of scales could vary across the creature's body, with the strongest covering their head and chest, but those should be as strong as possible.

Other than utilizing enzymes, another way of attaining certain minerals could be the Kakyoin method (RERORERORERO), basically, lick it until it's gone; mountain goats do it too.

So, what is the strongest (high Vickers hardness, and a-okay or better fracture toughness) mineral that could be obtained by an animal (either by synthesis via enzymes or munching) and serve as a replacement for the aragonite bricks in the aforementioned microstructure?

In essence, if I'm understanding correctly, you are looking for a biological material that exhibits a high degree of toughness. To achieve this, we could look at some very strong materials that could replace (or at least compete with) our standard bulletproofing materials. One of these is spider silk. This could be part of the protein matrix that is layered into the scales. Of course nacre protein could be sufficient here as well.

The other part, the replacement for calcium carbonate is harder to figure out. Polymerization is one of the keys, as it has to survive the impact. Tensile networks distribute the forces without fragmentation, but could be weakened by repeated impact. It could be that some healing process could provide additional strength near damaged areas.

Organosilicon biopolymers could create some incidental silicon carbides, which are also bulletproof. Organosilicons are naturally absent from organisms found on Earth, so you would have to dig deep into the genetic engineering aspect of this form of life to explain it.

There does appear to be some work that has been done on this for astrobiology using bacteria and mutant enzymes. The researcher said "The mutant enzyme could generate at least 20 different organo-silicon compounds, 19 of which were new to science". Nobody thought to see if these could be used to bulletproof an organism however. The layering of organosilicons and spider silk proteins (or nacre proteins) should allow a fairly good bulletproofing scale which has some work behind it to show biocompatibility, even if somewhat deficient on the organosilicon side of things.

The percentage of silicon carbide that shows up in these scales could be altered either environmentally (by acid or enzyme attack) or internally by a process that selectively expels silicon carbides into the scale structures.

The hardness would be below the charted levels, but the surrounding polymers would add toughness. As to whether the silicon carbide could be sustained in multiple layers, it would depend on how the silicon carbide is enriched in these scales. Process is everything in biology.

One possibility could be a Boron Carbide, specifically cubic-BC5, which has a Vickers hardness of 71 GPa and a fracture toughness of 9.5 MPa m½.

Both of which are higher than the values for hydroxyapatite (5 GPa and 1.2 MPa m½, I. Hervas, Fracture toughness of glasses and hydroxyapatite: A comparative study of 7 methods by using Vickers indenter).

I'd imagine that it would also be able to be grown in approximately the same microstructure, to produce the same colour as the shell in your image.

Unfortunately boron is not a common element, although it can be very concentrated in some dry lakes and mineral deposits. But I'm not entirely sure how your creature could produce cubic-BC5, possibly enzymatically.

Not the answer you're looking for? Browse other questions tagged science-based creature-design earth-like biochemistry armors .

64
What kind of natural armor would stop bullets?

2
Is it feasible for a Dune-style sand worm to have silica scales?
5
Could genetic engineering enable humans to make use of titanium or some similar material instead of calcium for bone formation?
4
Mechanical/Cybernetic Replacement for Eye and Optic Nerve
2
Would stronger tendons and bones allow for stronger muscles for the same weight?
3
What is a realistic useful life of a calcium carbonate pulse jet deflagration chamber?
1
Super-strong genetically modified super-soldier?
13
Why would mushroom-like flora prefer to use a calcium carbonate skeleton instead of a chitin one?
15
We don't use our super-weapon against strong targets. Why?
10
Synthetic animal with super skin: Looking for Biotic material that's Elastic, hard to cut and puncture with force