What sort of materials could be used to make clothing in a swamp?

We have some characters living in a wetland biome (freshwater swamp, specifically) without access to trade from other areas. What kinds of options do they have when it comes to using the natural resources a swamp provides to make clothing? We've done a lot of research on the natural resources in a swamp, but we've only come up with lots of reeds and the different types of trees. We haven't found adequate information about bark cloth, either, and don't think that our characters would be able to manufacture viscose rayon from bamboo. We know that it's not a suitable environment for hemp seed or cotton, and certainly not wool. Part of the problem is that our swamp is not well drained. We're picturing something like the Louisiana Swamp. Update: We’ve gotten lots of helpful ideas. Thank you! 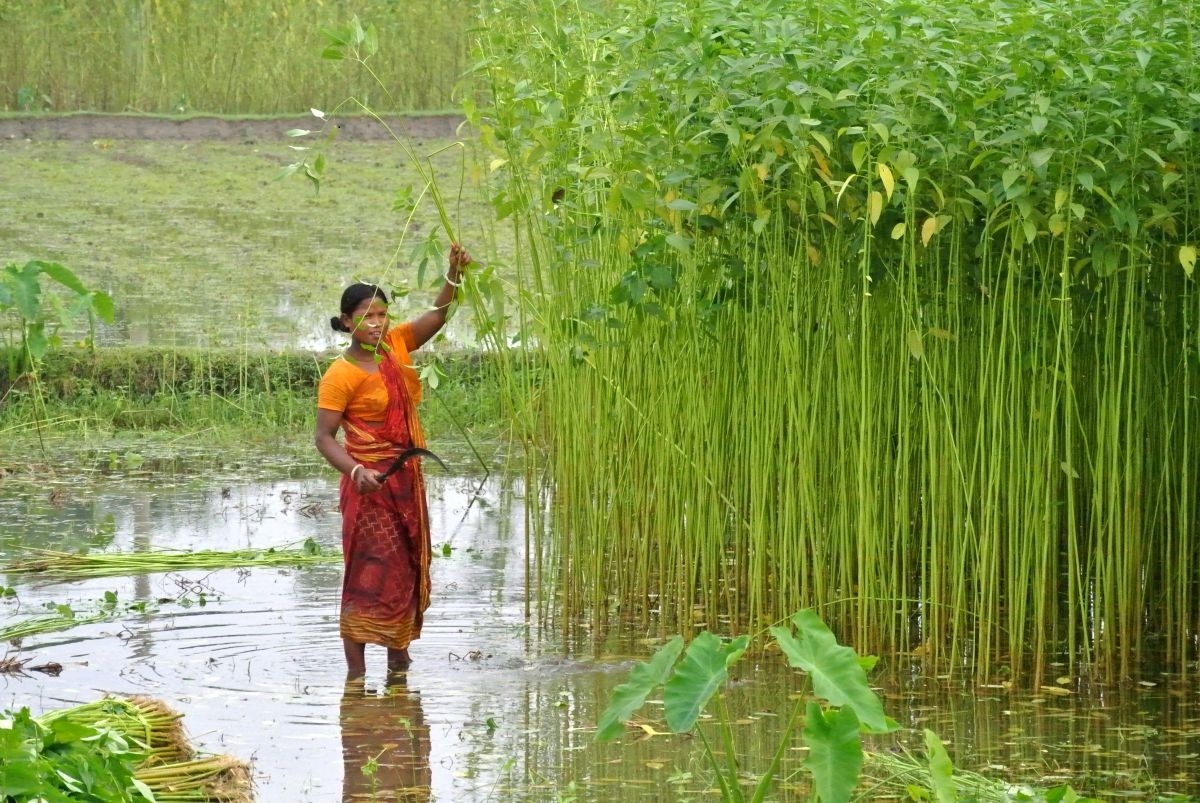 Jute is an ancient and versatile fiber crop, and according to wikipedia is still second only to cotton in amount produced. It requires standing water and so is perfect for your ecosystem. Jute is used for rope and fabrics like burlap, but historically clothes were also made of jute fabric.

I think your best bet, as long as your characters aren't vegan, is probably animal skin/pelts. Muskrats, beavers, otters, and moose often live in swampy areas (not sure about the moose and otters in Louisiana though), and they provide pelts that can used for clothing. Even if your swamp is in a fictional world where none of those animals exist, there are likely to be animals filling similar niches, which may well have skin suitable for clothing.

In a lot of warm places in the world, native people don't wear much in terms of clothing in swampy areas, or didn't until outside influences came.

Seminole indians living in Florida swamps traditionally used leather for breechclout or saw palmetto fibers to weave more extensive garments http://www.bigorrin.org/seminole_kids.htm, and the trade in saw palmetto fibers in North America was quite extensive (evidence of it ranged as far north as Wisconsin). Saw palmetto grows in areas NEAR swamps, but not in them, but no swamp is an island (pardon the pun).

Linen is produced from flax , which grows best in cold climates. However, it is one of the oldest domesticated plants, and the Egyptians made extensive use of it. It can be found growing near the waterline in cranberry bogs. The Maori used swamp flax for fiber and there are many related species that are useable for fibers and cloth.

What about wild cotton tree? 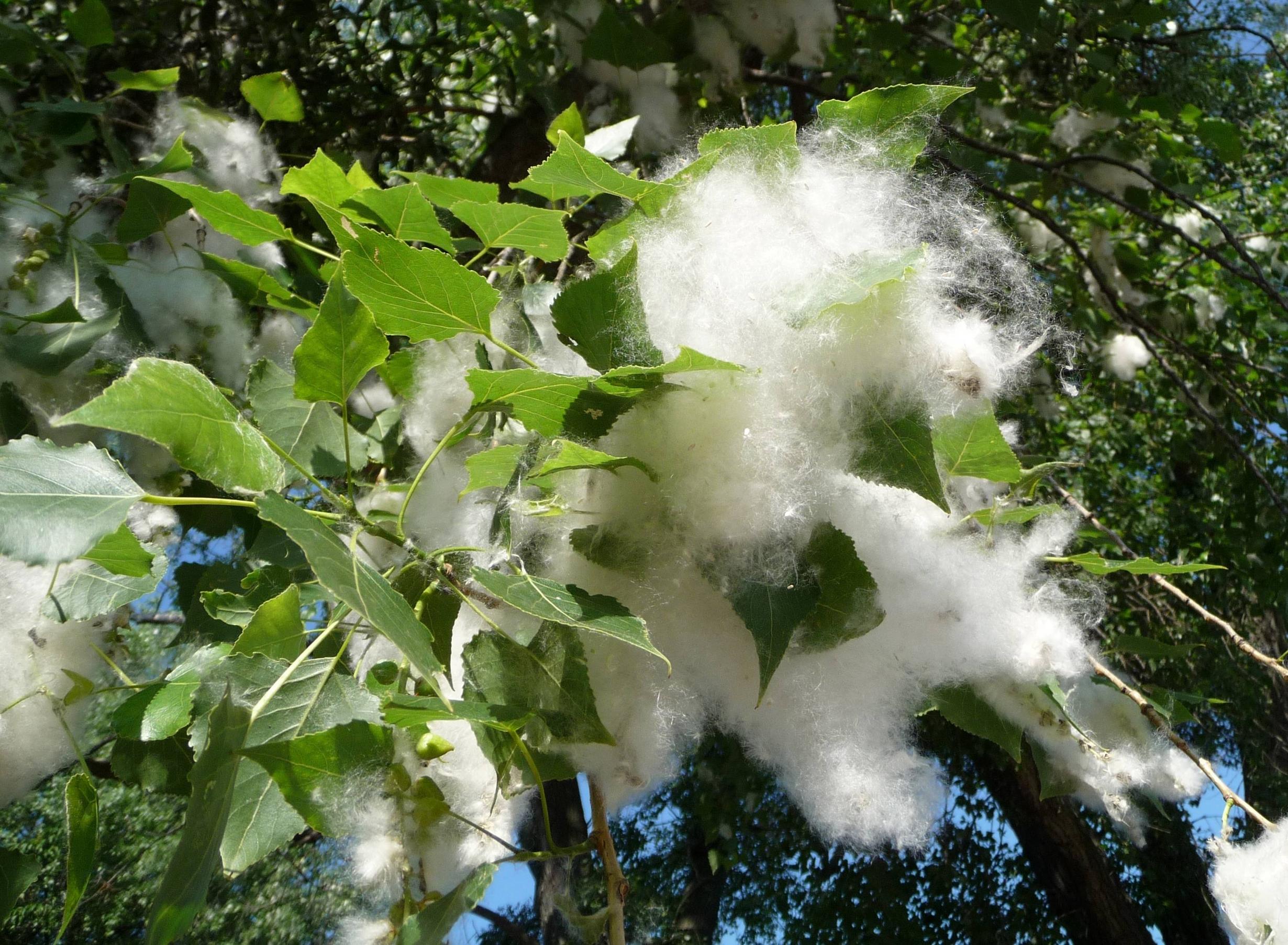 You can also use banana tree fiber unless that's considered bark clothing and too advanced for your people, it seems like Louisiana has banana tree when I google it (though I don't know if the species can be made into clothing or not). I assume this swamp is in a more warm or tropical area right?

Hainan province is home to many ethnic groups; the Li and Miao people are particularly prominent on the island. The Li were the earliest settlers of Hainan. Their first-recorded appearance on the island has been traced back to 3,000 years ago.

The cultural heritage of the Li people includes many ancient and beautiful handicrafts, including the Li brocade, a unique textile product invented by the Li people.

Also you may can try swamp milkweed, from google seems like it can be made into clothing too, for warm clothing, if your swamp is in a cold region.

Outside of plant base you can use animal leather or fur, including reptile and frog skin.

Also I think you can also try using spider silk if it exists as an option.

Phragmites it is like Cyperus but more rough -> baskets, mats

Typha it is like cottonwool but less durable -> paper, pillow, fiber, heat insulation

To make coth rainproof it is possible use seashells like roof tiles. 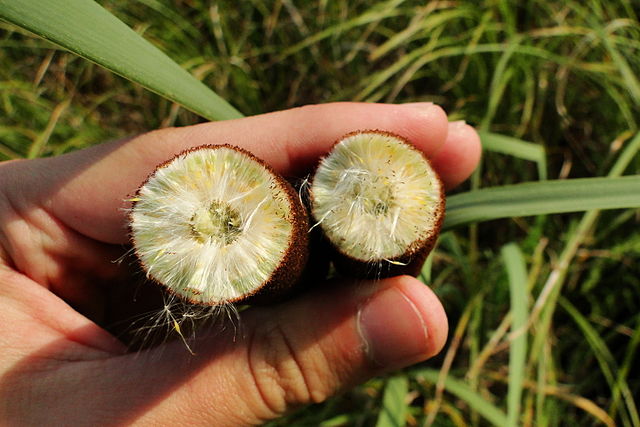 The problem is your assumption that freshwater marshes can be "not well drained". Standing marshes are formed by banks of high ground trapping water, but in a swamp, even the high ground is wet and water permeable meaning water will tend to slow drain through it or erode it away. If the banks were too solid, they would form a sump and you'd get a saltwater marsh, but because it is a freshwater marsh we know that it drains enough to prevent this. This tells us that it's water levels will rise and fall throughout the year. Even if the area never fully dries out, it does mean that for atleast part of the year, large sections of your wetlands will be exposed, and able to be farmed.

Before the American Civil War, 2/3s of the world's supply of cotton came from the US Gulf Coast states (primarily Louisiana and Mississippi). Cotton prefers to grow in the alluvial soils created by the floodplains of major rivers like the Mississippi, particularly in marshy delta areas which is what the freshwater swamps of Louisiana are. Cotton is hard on soil; so, most farmland becomes unsuitable for cotton production after just a few years, but in river delta regions regular flooding brings fresh silty deposits which remineralize the soil. So, you let your land flood in the wet season, then in the drier season you plant your cotton where the water has receded.

Since cotton is arguably the best natural clothing material and you are describing a perfect environment for growing it, it seems to be to be the obvious choice.

Reptile leather was also very common in the fronteer days of Louisiana. Snake and alligator skin boots were the norm and are still common finds in Louisiana novelty shops. There are also plenty of furry animals to hunt like black bears, deer, and racoons, but those will generally make less favorable clothing given the environment.

You received many cool answers so far for a commoner. The most stylish (and probably rare/expensive) would be crocodile/alligator skin clothes for leaders.

Feathers can be turned into cloaks, headdresses, costumes, and adornments. 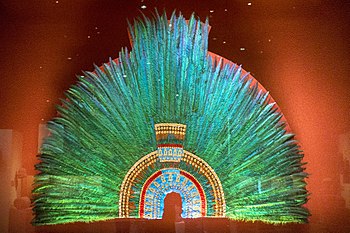 Not the answer you're looking for? Browse other questions tagged environment climate flora natural-resources clothing or ask your own question.

12
How long a footbridge could you make from natural materials?
16
What would make good clothing for an underwater species?
8
What types of valuable resources would be available in a fictional swamp?
5
If humans could photosynthesize, what would our clothing look like?
13
What sort of water sources could occur in a world tree?
10
On a frozen world, what would be the thinnest, warmest materials to make clothing from?
9
Could mermaids feasibly make clothing out of natural rubber?
4
Can Seal And Whale Skin Be used to Make Leather?
3
What type of clothing could be made naturally in England?