Can my vampires evolve black sclera?

I’m in the process of making my own original series where I have all types of biologically feasible cryptids and monsters in it. In this series, I’m planning on having vampires being a species that broke off of humans at some point in our evolution. I was thinking homo erectus but more on that in a future question.

But basically I’m having them be a more carnivorous species than us, that evolved to be nocturnal. And some of the adaptations I came up with are cooler body temperatures, pale skin, and most interestingly, black sclera. Does anybody have any idea if it’s even possible for sclera to be black? I was thinking it’d be caused by a mutation that helped hide the whites of their eyes (seeing as how we evolved to show so much of our own sclera so others could tell where we were looking so with this, it’d be harder for their prey to tell where they’re looking). Or do you think it’d be more possible to make them voluntarily turn their sclera black when they’re hunting, similar to how chameleons and cephalopods can?

Possible? Most likely, since other primates, like gorillas, have this trait, although they also have cases of white sclera 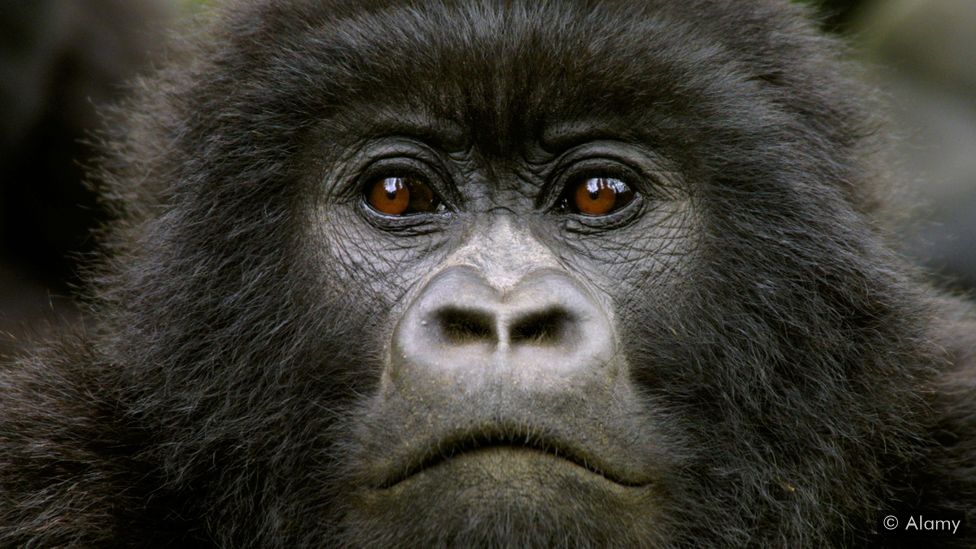 Simply having a pigmented sclera sounds a lot easier of a trait to have than having eyes changing color, since that would require special chromatophores covering the entire sclereal region and acting like those found in an octopus' skin.

In addition, there's yet another solution for your nocturnal vampires: large pupils. 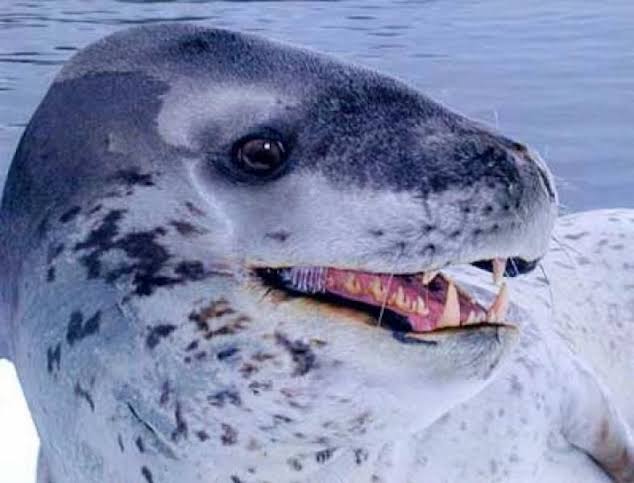 This is a leopard seal, a powerful predator. To make most of the light available in their dark aquatic environment, they have large eyes and pupils capable of dilating to a very large size, thus creating a bigger entrance for the already scarce light. Despite these black eyes, their sclera seems to usually be either white or reddish white. This trait is also shared by many nocturnal predators and could be a great alternative considering your vampires also hunt in low light conditions and would allow them to look more human (pupil contracts revealing a more or less normal looking eyes, maybe with a slightly larger pupil, allowing them to pass more easily as humans should the need arise).

As all the other answers to this question have pointed out, it is certainly possible to have black sclera, and it can certainly evolve. It is not uncommon for animals to have a sclera matching their eye color. The question is, do you want it to? For your nocturnal variant on Homo sapiens, there are some hunting advantages to dull eyes, but if your primary prey is humans (like vampires are traditionally portrayed) then it may be a bad idea.

Giving a reason something evolved is always a bit of conjecture, but the theory is that the sclera enhances communication among people. If you want to communicate with people, or if vampires are communal hunters like humans, then this could interfere with hunting. If humans aren't their primary prey, then being able to coordinate with humans is a valuable skill, and anything interfering with that is bad.

Have you ever googled black sclera and seen the pictures of the people using contacts? Even if they aren't deliberately trying to look evil, they do. I've used this in stories as a trait to make a character more alien than their fully human counterparts. If you are seducing your prey, you don't want to scare them away. Looking scary isn't usually helpful unless terror is the hunting style (like maybe for werewolves). If the goal is to work alongside humans, the same rule applies.

Although I can't say exactly how the musculature would work, I can imagine a vampire whose eyes have adjustably SIZED pupils, and that contract to have a small (human-sized) appearance in the presence of light. There would be something slightly off about how their eyes adjusted to changing light conditions, but it wouldn't be grossly obvious. In the dark, the pupils would expand to fill the area occupied by sclera, covering the whites, and this would take the place of dilating pupils. Your vampires would still have a "tell" to observant humans, but it wouldn't be quite so — evil — in appearance.

Chimps are our closest relatives. They have sclera considerably darker that their irises, as depicted. It is not clear why they have light irises set off against dark sclera and we are vice versa. But if they can do it, then it is reasoble for another closely related hominid like your vampires to do it.

Not the answer you're looking for? Browse other questions tagged science-based reality-check creature-design evolution vampires or ask your own question.

23
What can I do to make blood black?
1
Need help with details concerning non-conventional sci fi vampires
3
Can reptiles evolve like primates?
15
How can my vampires hide in public?
6
How Can Vampires Obtain Donors?
2
Hiding Vampires In Plain Sight