A dense and reliable data storage for human brainscans?

One idea, I like to think about, is resetting the world as a plot point/twist. 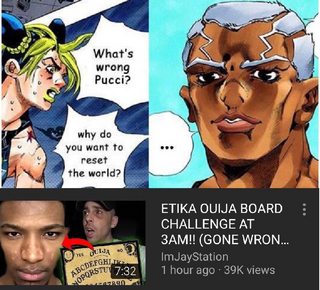 As this is a soft-reboot that restores the planet to the last known savefile, I think I can handwave most of it with nanomachines. But there is one thing that troubles me, bringing back dead people. In order to accomplish that, I "came up" with my version of the Akashic records, a server that houses the collected brain scans of every person on the planet.

I, again, handwaved the brain scan with nanomachines, all I need to do now is to store them. But, this storage has to accomplish several things:

So, what kind of data storing technology should the Akashic records use?

How much of that is repeatable data? Neurologists are quick to point out that the human brain is not (not, not, not, not, not) anything at all like a hard drive... or a CPU... or a GPU... or any other aspect of digital computing. And that's despite the fact that we don't really now how the brain stores information in the first place.

That means there could be some incredibly high inefficiencies when it comes to converting brain-patterns to digital patterns, not unlike the pain involved with using an analog-to-digital converter to store sound or video. We're going to ignore this, but it might make a cool story element.

So, for the sake of argument, let's assume some completely arbitrary, pull-it-out-of-thin-air conditions.

Starting with this entirely untrustworthy baseline (don't bother complaining, I'm just going to point you to this part of the answer), what we might, maybe be able to assert is...

It's worth noting that if you have this ability at all, you also have the ability to cure or cause every known mental condition. That's interesting, don't you think?

Where things get dicey are those last two percentages. Some of #3 might be repeatable, but #4 is 100% unique.

Remember that the brain appears to store patterns. Those patterns will, of necessity, be based on the unconscious behaviors of the brain. In other words, the information stored in Sherlock's head has as much to do with his sociopathy as it would his training and learning abilities.

Which means you might not be able to repeat #2 and #3 at all.

In fact, there's a philosophical argument to be made that if your memories are based on conscious and subconscious perceptions, then it would be based on the automatic perceptions, too. Like the memory of running flat out for 60 seconds leaving you huffing and puffing — which has a lot to do with #1.

I've just convinced myself that basically nothing of the human brain could be "repeated" or duplicated between people without damaging the core-memory that would define "I think, therefore I am."

So, you need all 500 hard drives per-person. 7.5 billion people on the planet — 3.75 trillion hard drives. And that assumes no growth. Growth is your enemy.

Now that we know a reference point, what can we do about it?

Honestly, that should make you want to pee your pants. That was ONLY the hard drives.

Conclusion: After muttering some arcane sounds and flipping through some ancient tomes you successfully invoke Clarkean Magic and do exactly what you want, the way you want it, without having to worry at all about year 2020 limitations.

1 I got this idea from a close friend many years ago who taught a class about autism to some teenagers. Obviously she's simplifying for her audience, but the cool thing she said was that you could consider everyone to be autistic. Autism, she explains, was something like a bunch of dials that were set too high. Too much sensitivity to light, sound, etc. All of us are, to one degree or another, "autistic" and what we define as "autism" in society is actually the worst-case circumstances of the very natural human condition. I found that explanation very humanizing and compassionate (whether it was right or wrong). Anyway, that's where the idea came from.

Theres 86 billion neurons in the brain, according to Google.

They're linked together with a weighted graph, I'm assuming its directed, so I'm just going to make some assumptions and then calculate how I'd store that information the same as any other graph. 2 dense tables of data, one for the vertices, one for the edges.

Estimating here that each neuron is linked to average 20 other neurons, each connection is weighted and directed, and the internal details of each neuron (charge, size, orientation, position variance etc) can be summarised in 20 bytes.

Neuron linkage isnt truly any-to-any, they're not going to cross the entire brain in a giant mess of pure randomness, they're going to be from a small set of nearby peers. Assume from one neuron theres about 10 million potential nearby neurons for it to link with. Even with mega handwaving I cant justify conpacting a neural link into 64 bit. Just doesnt seem to have enough data. So probably 10 bytes to describe a link (5 bytes for from index, 3 for the to index, 2 bytes for weight).

The accuracy of the relationship between any two neurons is now increments of 1:65535. That seems high enough, but if the first minds to round trip this system come out complaining that theyve got a song stuck in their head and have forgotten the last line of it, this is the number to crank up in version 2.

Theoretically two human brains adjacent to each other would compress even better. They both know English. They both can walk. Etc, that's redundant. but I'd expect subtle differences in how these skills were learnt would affect their implementation, which would appear as a random neuron collection in each person, stopping this compression from working.

Not the answer you're looking for? Browse other questions tagged science-based information data-storage or ask your own question.

5
Transporting/storing information within the human body (other than brain)
4
Data Storage and Access during a Slow Apocalypse
5
Human to robot interface for data exchange
1
Azidoazide Azide Storage and Weaponization
10
Long Term Zircon Data Storage
3
How much data storage is needed for a blueprint used by a replicator?
45
What is a recently obsolete computer storage device that would be significantly difficult to extract data from?
5
Options for biological high-density energy storage within the human body
39
Most efficent way to transmit binary data by human voice