Characterbuilding- I feel like my characters are getting repetitive, any suggestions? [closed]

Ask Question
Asked 5 months ago
Active 5 months ago
Viewed 106 times
2
$\begingroup$
Closed. This question is off-topic. It is not currently accepting answers.

I've written three public stories, one personal, and am working on my fourth public one. By this time, I'm starting to notice my characters are starting to get a bit repetitive. In story 1, my character has accelerated healing, a sixth sense, way OP magical powers, and a powerful AI. Story 2 has a my character with slightly less OP magic, crazy fast sleight of hand, and skills with a dagger. Story 3's main character has a powerful AI again, an OP combat suit, and what basically amounts to bullet time. My personal story has the main character on an OP spacecraft, and the one I'm working on has my main character with a pyro suit(wearable flamethrower) and another powerful AI.

See that pattern? Each character has magical powers and/or a powerful combat unit of some sort, with half of them having an AI sidekick. So I'm trying to stop this repetitive pattern, but I feel like if I make my character your average human, he/she will be next to useless in almost any shootout, knife fight, or server hacking. Are there other strong suits I can give my character without making them useful but not OP?

I'm mainly trying to try and switch the attributes of the story I'm working on before I get to far, as it is I should've changed it sooner. Any suggestions?

Sounds like you enjoy having superhuman characters, and want a story with a bunch of magical action battles. Also you want the fighters to feel distinct. That sounds just like. . . 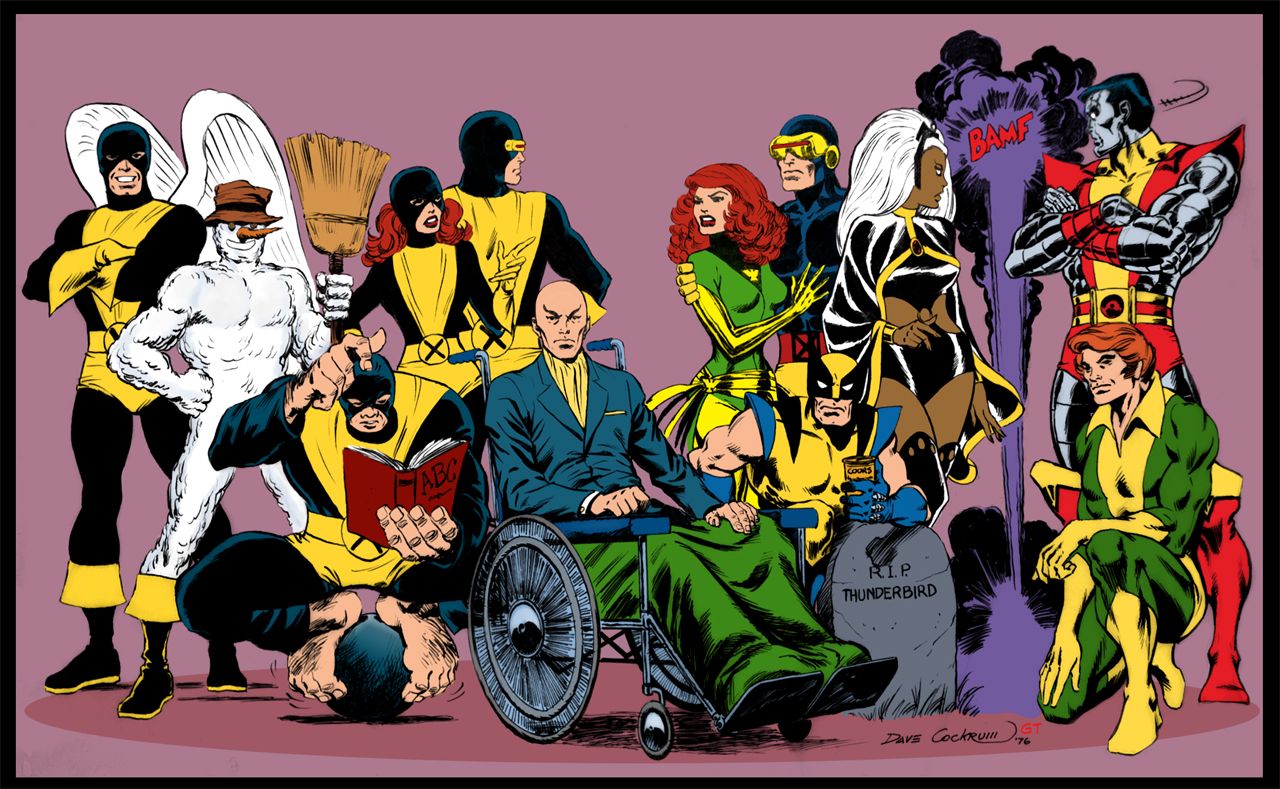 I suggest rather than having one hero with all the powers, you take that hero and split them into a small team with different powers each. Give one hero OP magic they can only use for a minute per day. Make the other a skilled knife fighter. Make the third a computer hacker with minimal combat or social skills. You can split different ways and give some of them really wacky and situational powers provided they have backup. Give each of them weaknesses too for extra interestingness. Depending on the story "non-bulletproof" might count as a weakness.

P.S: This also works for non-superpowers.

Super powers are great for adventure and games, but superman gets boring. Power is addictive in stories, so don't give it up - embrace it as a disfunction. The reason Greek Heroes are still remembered is what they killed their wives, cheated on girlfriends, screwed up to defy the gods, stole treasures from decent folks - the list went on and on. Batman is great not because he's an ordinary guy. He wasn't. He struggled with evil, and embraced terror as a strategy to fight crime.

And side-kicks are less powerful, but the lower power makes them the stabilizing influence in the heroes life. They are saner, and tell the hero not to kill the villain, or rob the bank to get the money for a new weapon, or Fire that missile towards the city. When the sidekick is missing, HORRIBLE things should happen. Things that make the public hate and fear the hero.

Super power is power easily obtained, and without responsibility to go with it. If the character isn't misusing their power, you need an epic backstory to explain why. If I could control minds as a teenager, I would have deserved three or four life sentences for the stuff I likely would have done, but that I would probably have gotten away with! This is why people shouldn't have these abilities, and even well-intentioned good guys would go all John Wayne given the power.

Try to mix up the story and tell it from the perspective of the sidekick, struggling with the guilt of not stopping Superman from destroying Russia. Or the investigative reporter having an awkward and not entirely voluntary sexual relationship with someone they literally can't say no to. These folks may put up with awful things they know are wrong because of the great or essential things the hero does. That doesn't make it right. But it's pain and conflict that make a story. Only gunfights are two-dimensional. Human suffering is interesting, not another hero crushing a thousand soldiers.