How can unbound Mana be prevented from causing damage to the environment?

Mana is the substance that makes a human capable of performing spells. In the magitocracy, mages rule the kingdom. An individual capable of magic must learn to focus his power, solidifying and controlling the Mana in order to use it. Welding Mana in this way takes years of study. Mages are of various power levels, those who master their Mana welding are among the strongest mages in society.

However, there are areas of the world in which Mana roams free and unbound by humans. This mana is unrestrained and leads to these areas being high in radiation. This could be deadly to those in the vicinity, as it can have debilitating effects, mutations, and even death.

When the body dies, the gases within escape as it breaks down. This releases the Mana from the body. This can be a problem, for Mana unbound from a living body becomes radioactive, becoming a danger for those in the surrounding area. Burial would not stop this Mana release, and cremation would accelerate the process.

How can this scenario be prevented?

Mummification is probably ineffective because the drying process would also allow escape, but embalming would slow it down some, perhaps enough time for more drastic measure.

Transportation to an uninhabited region, such as the ocean bottom or the wild magic region, would let it escape where humans won't be harmed.

Dismembering the body will let the harm be diffused. Perhaps the "sky burial" of Tibet, with special steps being taken to attract the scavenger birds, would solve the problem by having the birds absorb the mana. (Though there is the question of whether it merely disperse the mana enough or the birds can actually neutralize it, because they are living beings.)

I'm basing this answer on the fact that cremation would accelerate the release of Mana. As cremation1:

So if the idea is to slow the body breaking down and releasing gases other than CO2 to the smallest possible rate, I say go with mummification.

Though most famous in Egypt, mummies exist in multiple cultures. For this case, I would avoid the Egyptian style mummification process as it liquefied several internal organs during the process and that might defeat the purpose.

Instead, when a mage dies suddenly or in battle: have a team which uses magic to force environmental factors common to spontaneous mummification. As examples of these types of mummification, such as bog bodies, may retain their organs and skin.

Or when a mage knows the end is near: They could begin the process of self-mummification which occurred in Japan to avoid becoming an environmental disaster.

In the moments following a magic user's death, her family and friends, some of whom must be magic users themselves, gather around to mourn and guard the body until "it's spirit has successfully passed into the afterlife". This is what the magic using government and religious leaders have taught their subjects to do.

What is really happening is a covert harvest. The magic users in the funeral party wick off the mana as their dead colleague's body releases it. They absorb the raw power into themselves, increasing their strength will also protecting the other wake attendees and the outside world. Once the body is empty of its most potent energies, the wake disbands in safety.

While alive, magic user's have innate biological systems which aggregate and store the otherwise dangerous energy. If they weren't able to do this, then the powerful ones wouldn't live very long.

This also allows for some form of a conservation of mana law in which mana can neither be created nor destroyed but can be stored safely in a living vessel and transferred to other living vessels when necessary.

Like a virus, it can be either active (capable of binding with a host), or inactive (unable to bind to host receptors). When mana leaves a living body, it become unbound and is inactive. Inactive mana can not alter reality. Mages must bind their living bodies with the mana to activate it, and after that, the mana can power spells which alter reality.

Ever Heard of the Ganges? 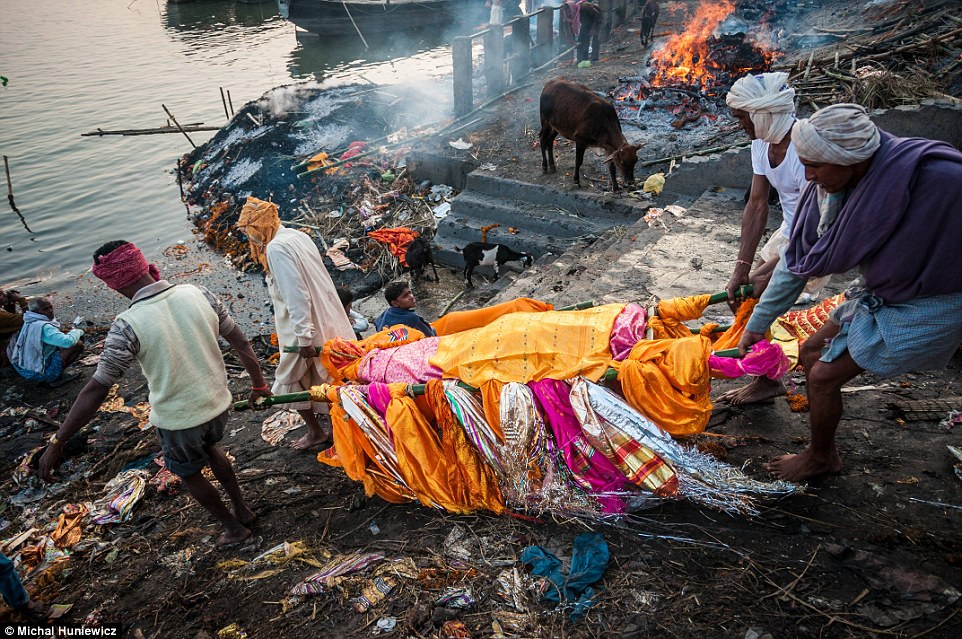 Similar to modern Hindu practice, the bodies are sent down the river to the sea where fish nibble on then. The bodies break down slowly and the mana release gets spread over the entire ocean.

Not the answer you're looking for? Browse other questions tagged magic radiation or ask your own question.

6
Magic duels when defense is easier than offense?
8
How can I keep runes that allow souls to ascend to the afterlife limited to the warrior class?
4
Why would a human bomb not be blown apart by rune magic?
14
Why would powerful mages be the least successful in binding a daemon?
7
why wouldn't a beneficial mutation be passed down to descendants?
3
How can magical testicles produce DNA that is different from its host?
1
Why would Mana separated from a host be radioactive?
3
What natural barriers can exist to prevent a multi-purpose demon seal from being created?