A creature the size of a bacteria has awakened and starts eating, it eats it's own bodyweight everyday, and it never gets smaller (Unless it mates). The creature is hermaphrodite but it needs a companion.

It only eats organic materials, it eats it by slowly consume it with it's surface.

It can slide over most surfaces, moves fast in the water. (Speed is relative to it's size)

The companion is another place in space.

The being is fairly dumb, it just keeps eating untill it finds a partner, when it does it merges together and splits 4 way.

The being is aware of it's own existence, and it's species. It will not try and mate with it self after it has splittet.

The being is origined in water on earth.

So it looks like you have a very dangerous slime bacteria. Unfortunately, the blob's existence would not necessarily lead to mass extinction. Assuming these blobs can starve, they will likely fall into a predator/prey cycle. 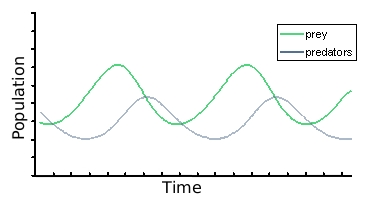 As the population of prey begins to falter, so does the blob's ability to find food. They then begin to die off and the prey population rises again only to repeat the process.

But what if they are apex predators.

It is possible that, since they eat organic matter, no digestive system could completely dispose of them. Following the next month or so, the blob eats the eater, quickly teaching all species to steer clear.

Wikipedia ballparks earth's total biomass at 560 billion tons C*. If the blobs are able to consume all life, given a rough estimate of bacterial volume/weight (0.6um3/picogram) lands a rough mass at.

Almost definitely not. The sheer amount of energy required to lift an object of this magnitude would be far out of its capabilities. The only plausible escape of gravity would be partial, meaning it would be trivial to fling small pieces of the blob out of the planet's gravity well provided the blob is intelligent enough to even do that. These projectiles would be unguided and not likely land anywhere suitable to consume or reproduce.

This question becomes impossible to answer without knowing many other variables such as the rate of consumption, mean time between food discovery, speed of blob, and specific details about the local ecology. The best bet is to maximize surface area by stretching into a pancake like object for the highest food collection rate.

*C stands for organically bound carbon or carbon being used in a living system.

Not the answer you're looking for? Browse other questions tagged fauna or ask your own question.

19
How to make my Beast-Of-Burden work?
30
Would humankind remain the dominant species in a world with twice as big animals?
5
How much food does a wyvern need in a day?
16
How can I figure out the territorial needs for my Werewolves?
45
How do I keep my slimes from escaping their pens?
3
How do semi-sapient yeti/ogres live in the wild?
3
Is this Martian creature plausible?
5
How big is a dragon's hunting territory?
4
Could a world exist without autotrophs, but have heterotrophs?