Technology is Magic: how do I explain the lightning-fast transportation/deployment of conjured troops?

Though it's probably bad for originality to use D&D and Lobotomy Corporation as basis for my world, I doubt there'd be any left of the former by the time I'm done with it.

Things like instantaneous teleportation and dimensional doors go right out the window, of course. However, there are two spells I kinda want to have, though I've tweaked them as well.

Call Cleaners (formerly Planar Ally): Call up to four "Cleaners" to aid you for a price. These are Carmen (White Cleaner), Kali (Red Cleaner), Clef (Pale Cleaner), and The Dark Cleaner. They are sort of human, except for Kali who is a full-body cyborg, complete with personalities and memories of past jobs.

Rabbit Protocol: Yes, it's from Lobotomy Corporation. I think this video demonstrates what it is about. Basically, up to 32 heavily armed soldiers appear seemingly out of thin air and blast your enemies into pieces with their assault rifles. Unless it's WhiteNight.

The problem with conjuring is obviously moving things to places quickly without getting shot down. Things like Call Lighting or Storm of Vengeance can be easily replaced with airstrikes, turning the session into a turn-based CoD: Modern Warfare. Not as bad as it sounds.

However, I have no idea how Cleaners or Rabbits could actually get almost always from point A to point B in time without bending space-time, something that even if possible, would take a literal Moon (in weight) to accomplish. Sure, it requires you to be out in the open for the spells to work blazing fast, and deployment time is doubled for buildings and underground places, but it's still fast.

Things like Deep Strike would only work for Kali, as she and Space Mahreens from WH40k are the only things that can survive being shot at the enemy from the orbit.

So, how could conjured troops get to their target so quickly that it almost looks like teleportation, if still want my world to be compliant with the rules of physics?

So, to answer your question I'm going to take a leaf out another tabletop RPG - the FATE system. In FATE, you can spend a FATE point in order to gain some kind of minor advantage. For instance, let's say you're trapped in a haunted house - you can spend a FATE point to get a flashlight for your character. The way it works isn't that you're actually using magic, because FATE is designed with non-magic based systems in mind, it's that retroactively your character always had a flashlight.

Similarly, the spells here do not teleport troops, they give the illusion of teleporting troops because the troops were there the entire time, just concealed somehow. Activating the spell during a role-playing session means that your character really set them up a while ago and is only now choosing to bring them in. If you want to have that kind of quick transport without dipping into more gray territory like parallel dimensions, this is going to have to be your best bet.

The problem with conjuring is obviously moving things to places quickly without getting shot down. Things like Call Lighting or Storm of Vengeance can be easily replaced with airstrikes.

If you have airstrikes at your beck and call then you have already solved your problem. Your sessions will always take place in range to friendly aircraft, if they can drop a payload then you aren't that far off from having access to reinforcements.

I mean, technically, you could still be pretty far, in the sense that there may not be a good area for the dropship to come low enough or there might be anti air defenses preventing a slower moving transport form accessing that area while a faster combat jet could. But these are no longer physical considerations.

You have already established that it is plausible for a friendly aircraft to be in the vicinity, the rest is logistics. For instance, drop pods could take the troops to the ground thus removing the neccesity for landing.

While one way of showing up is good in one situation, it may not work in others. The issue with the other answers is that they only sometimes make since. Are you in an open field, have them parashoot in. Have a jungle scene, have them show up in ghillie suits. On the 13th floor of a highrise building, have them burst in through the windows on repelling lines. At a formal party, turns out they are disguised as some of the patrons. If you really want to get creative they could even have driller APCs for showing up in those really hard to reach places like an underground bunker, but none of these solutions will always be logical in every situation.

So instead of a single attack vector, assume these special forces have batman/007 level access to options of ways to show up. The key being that they are really good at deploying when and where you need them because they have the flexibility, training, and resources to do that. This would make for some extra interesting storytelling opportunities for your GM since it allows for a completely unique and intriguing scene each time they show up. 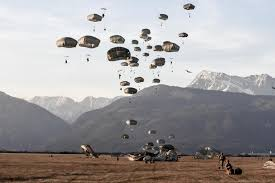 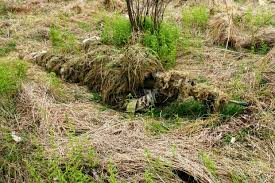 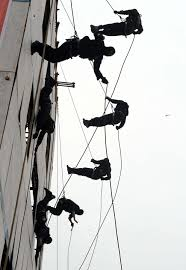 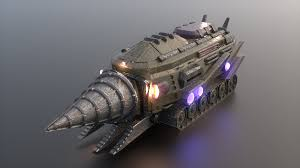 They are already there.

In an infinity of multiverses, there are an infinite number where the desired aid is already in the place where it is desired. Your spell causes a brief intersection of dimensional planes, and the Cleaners or Rabbits from a different plane are removed and deposited in yours.

They may occupy this plane only for a short amount of time before reverting to their own. Or maybe they stay.

Not the answer you're looking for? Browse other questions tagged science-based military transportation or ask your own question.

4
How to explain hover technology
5
How do I explain checkpoints without magic?
7
Can a master of electricity/lightning magic control the wills of people?
11
What are the most important factors in determining how fast technology progresses?
3
How fast could a medieval transportation cross a sea of honey?
24
How to explain that there can only be one magic portal between a planet and another
7
How to use heat magic to summon lightning?
3
How to make this lightning strike real without technology or magic?