Is it possible to make a catapult with bronze & wood instead of iron/steel & wood?

I've read that Roman catapult were made out of iron and I was wondering if it was possible to replace that iron with bronze instead. In a world where bronze is readily available, copper and tin..etc are abundant while iron/steel aren't.

Yes, and they did

Not only is it possible, but many Roman catapults specifically were made with bronze and/or brass (not just iron). While bronze may be a bit softer than iron, the ancients were pretty good at work hardening it so that it could have a level of hardness similar to mild steel. Add to this the fact that it was much more resistant to corrosion, there were many cases where bronze may have been preferred for its ease of maintenance.

The unintended side-effect of removing iron

As your civilization develops, your people may also learn to work with nickel. On Earth, nickel is very hard to find in its pure form because it's almost always mixed in with larger amounts of iron, but when you remove iron from the equation, pure nickel will become about as readily available to your ancient civilization as copper. This will give them early access to copper-nickel alloys which will be both cheaper and stronger than bronze. Or, you could have them use bronze-nickel alloys which have very comparable properties to hardened steel.

Nickel has a slightly higher melting point but a lower forging point than iron, and a significantly higher melting & forging point than copper or tin; so, its use in the ancient world would likely follow along the same curve as iron. Bronze may be preffered at first due to the difficulty of melting Nickel, but once your civilization gets better at making high temperature forges, you will likely start to see its usage follow a similar path to the iron age.

In a world where bronze is readily available, copper and tin..etc are abundant while iron/steel aren't.

Just so you know, copper and tin are much more rare than iron because of how they are formed. Iron is the densest element that can be created from a net gain fusion reaction in stars; so, it is disproportionately common for its atomic mass because massive stars just stockpile the stuff up more than other elements. Furthermore, it is released mostly from exploding massive stars and white dwarfs which are much more common events than the dying low-mass stars and merging neutron star events responsible for the formation of Tin; so, the likelihood of a world forming with more copper and tin than iron is more or less impossible in our universe.

In Earth's history, the bronze age did not happen because iron ore was more rare, but rather that iron has a higher melting temperature which makes it harder to work with for more primitive societies. Most bronze age civilizations already knew about iron, but just lacked the ability to effectively work with it. 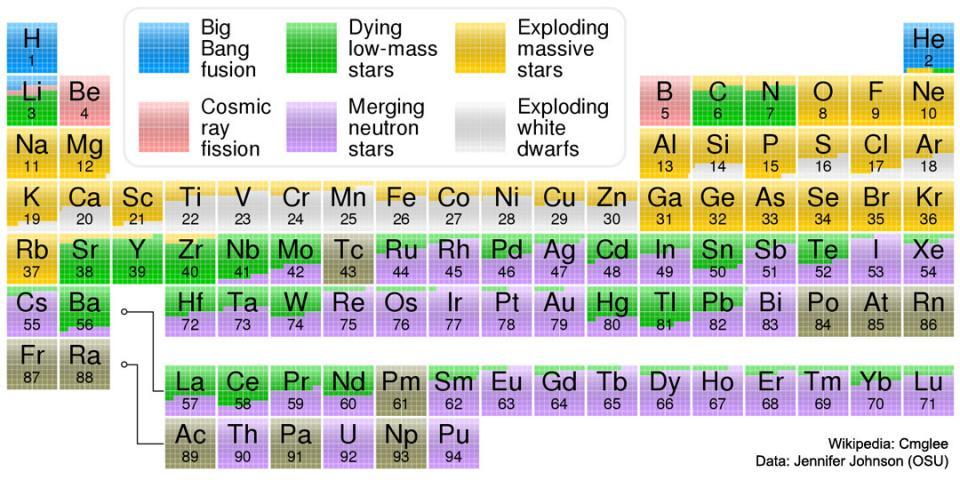 In a word, Yes, they can be. It is not necessary however to use metals at all, just an advanced 'catapult'. Consider the trebuchet - only wood, rope, weight and gravity. Highly effective, very low overhead in materials, many could even be constucted on site during a seige. See diagram: 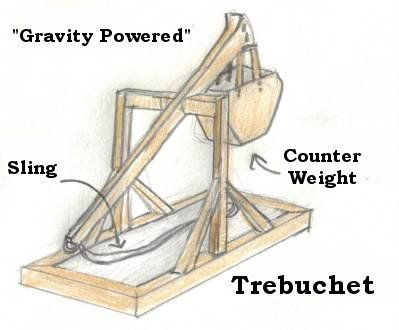 Not the answer you're looking for? Browse other questions tagged reality-check technology weapons or ask your own question.

8
What level of tech if there was no copper?
5
Iron averse aliens
3
Modern facilities with medieval technology?
12
How long can New York City sustain the Snakebot of Doom's hunger for Iron and steel?
4
Could a society attain 1800s technology if limited to using copper and bronze?
70
Is it possible to create a practical sword that's naturally toxic?
3
Could a Greater Relative Abundance of Tin Extend a Bronze Age?
4
Just how big of an advantage would an army with bronze weapons & armor have over another more primitive army armed with stone & bone made weapons?
10
The limitations of Bronze firearms
5
Could a pre-modern civilization make a gas canister with rough valves and pressure regulation?