Could a colony on Neptune work?

My book is set far, far into the future, in a widely settled solar system. An expedition is sent to Neptune, and the expeditioners find out that there are massive cave systems reaching deep into Neptune's mantle, which is not so much bigger than Earth's diameter. There is also water trapped down here, and the heat is okay (my science might be wrong on this). A project to colonize Neptune is devised, and it begins with sealing off the cave system, before using displacements pumps to remove a lot of the air down there. This way, they lower the pressure to habitable levels. They are enduring the pressures due to their space suits, but that isn't an option for long-term settlement. After depressurizing the caves, they fill them up with breathable air, extracting gases like oxygen and nitrogen from Neptune's atmosphere.

After that, they set up nutrition sources, creating a nutrition-wise diverse ecosystem within the waters of the cave system. Maybe the have some soil with them as well and start cultivating inside the caves. They have wind turbines outside drawing power from the immensely intense winds of Neptune.

Obviously, this is not a very fleshed out idea, but it doesn't need to be. My book is soft sci-fi, so my ideas only need to make sense on a surface level and be theoretically possible. Thing is, I'm wondering if this idea is completely nonsensical. I'm a bit confused as to the nature of Neptune; is everything that surrounds the mantle just a huge ass ocean? If so, how does this plan work then? I mean, the wind turbines could just be replaced by a water turbine. Instead of extracting water from within the caves, they could just open up a hatch in the roof and let the water in from above. And is the temperature down there livable?

I don't believe it would work 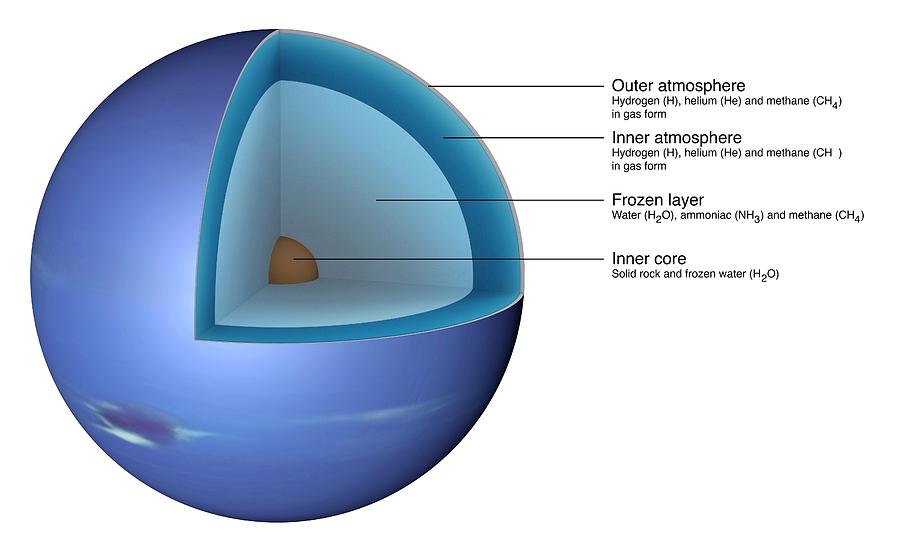 And that's the problem.

Neptune's internal structure resembles that of Uranus. Its atmosphere forms about 5% to 10% of its mass and extends perhaps 10% to 20% of the way towards the core, where it reaches pressures of about 10 GPa, or about 100,000 times that of Earth's atmosphere. (Source)

And that was just to get past the atmosphere, which is only 10%–20% of the distance to the core. The rest of the distance is ice... about ten thousand miles of ice. Think "tunnel 1.5X the diameter of the Earth."

And what's amazing is that despite the enormous pressure caused by the atmosphere, and (we think) despite all the pressure of the upper ice mantle, we still think the frozen layer reaches all the way to the core. That's a whole lot of cold to survive that much pressure. Here's the relevant chart: 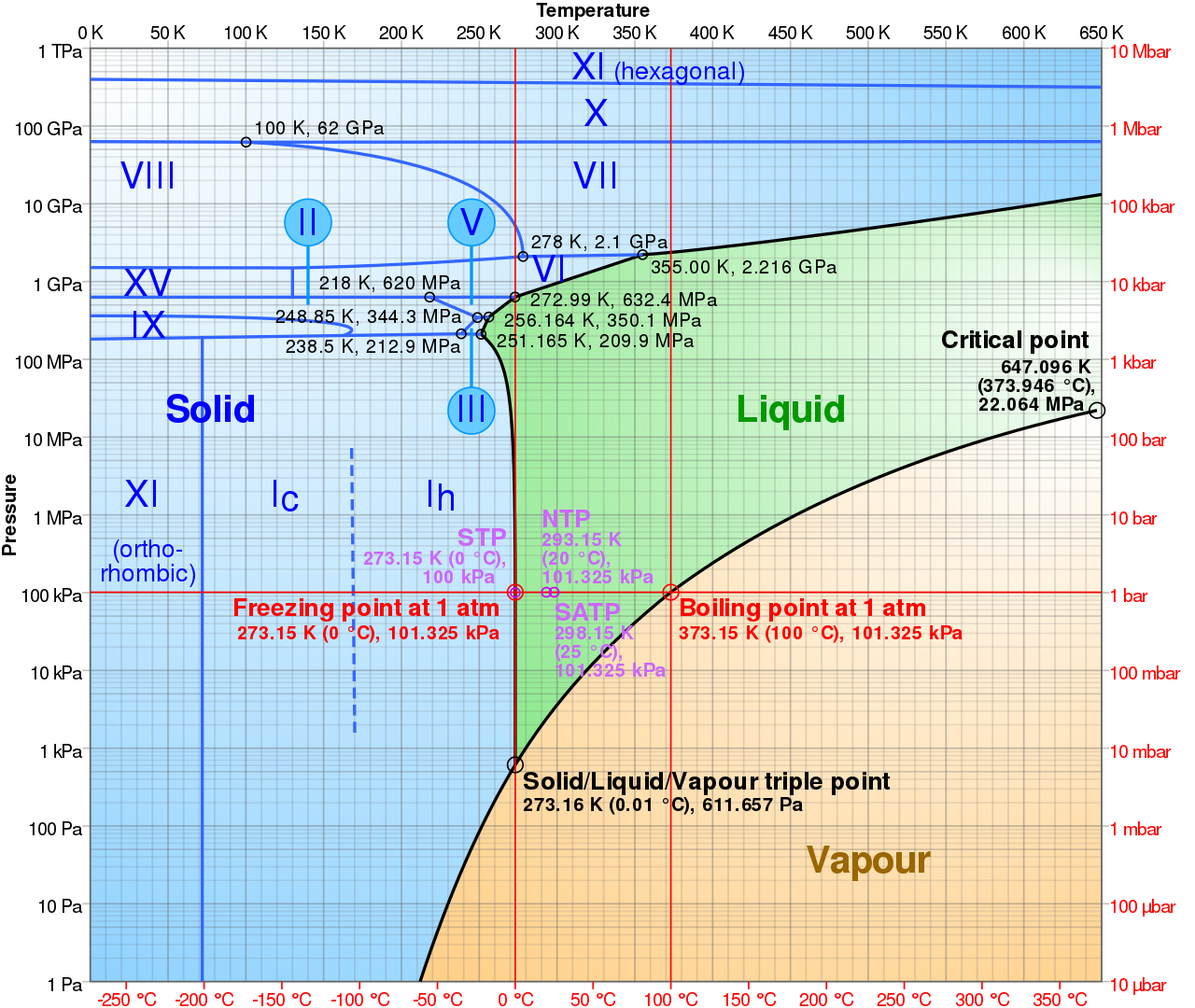 This scenario puts you in the Ice Type X range.

So, I apologize, but no. I don't think this scenario is plausible.

Neptune, although it does have a solid, rocky core, is so massive, that the hydrogen and helium in the lower atmosphere are crushed into a liquid, which further crushes the rocky core. And you would need something like a Dyson Sphere around the Sun to remove a planet's worth of liquids and gases away to expose the rocky core.

Due to the increased amount of heavier gases in the atmosphere, you could use hydrogen as a lifting gas in the Neptunian atmosphere, to create a rudimentary zeppelin-like "cloud city" on Neptune. You might be able to use the ferocious winds on Neptune to harvest wind energy via wind mills, but again, 2,000 kmph isn't something that can be harvested by windmills or turbines.

Forget Neptune for now, we need to focus on Mars and Venus first, and move onto gas giants.

Not the answer you're looking for? Browse other questions tagged planets space-colonization survival far-future outer-solar-system .

11
Could a Neptune like Gas Giant support life?
16
Can we start a colony on a passing rogue planet?
5
What materials would we gather first to build and sustain a space colony?
10
How Might I Design Mountains for My Tidally Locked Planet?
18
Which is initially more favorable; large or small settlements in a new planetary colony?
1
Reality Check: Is This Habitable Long Term for Humans
5
Long Term Evolution of Double Planet System in Close Orbit
3
How long to construct habitable surfaces around giant planets?